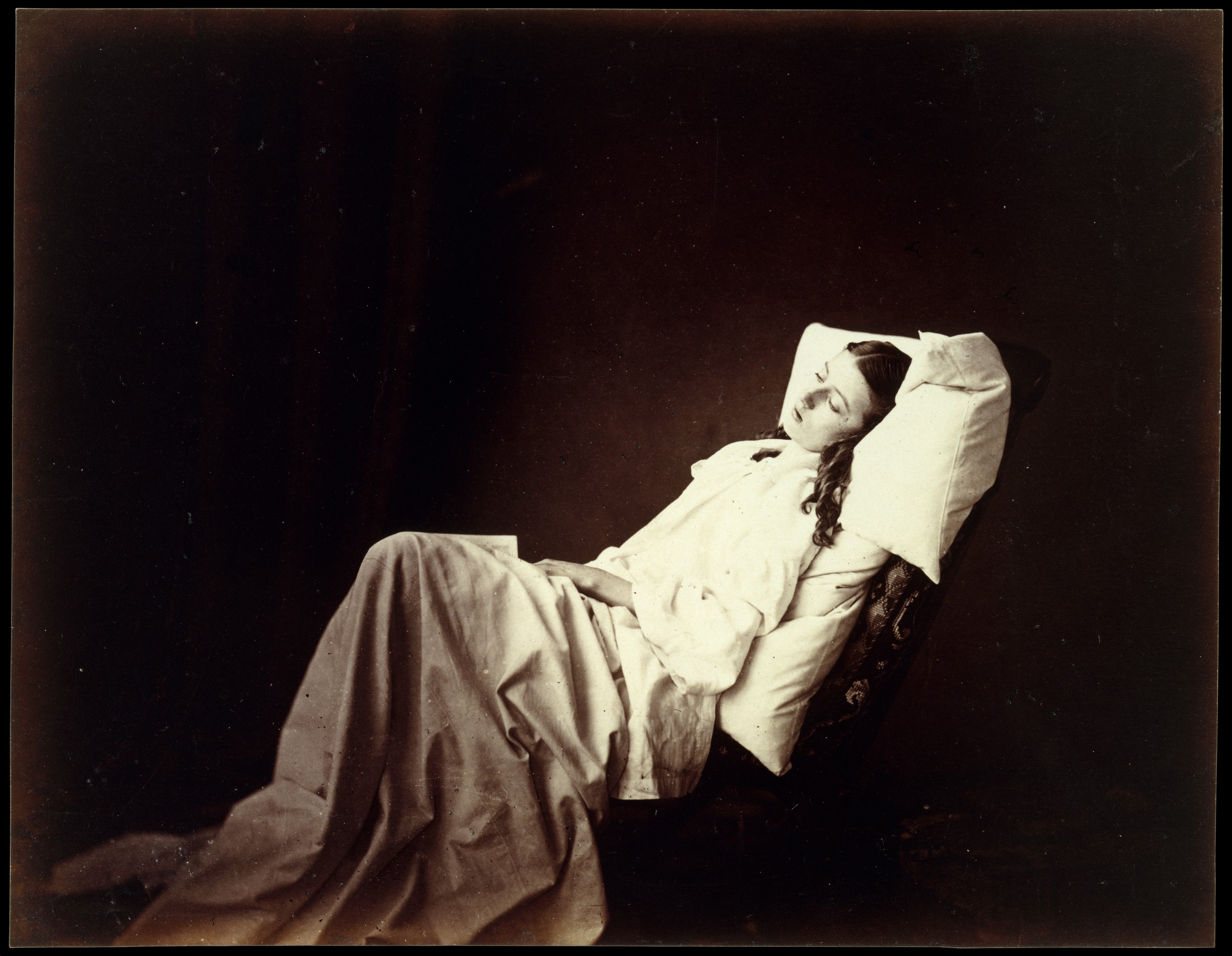 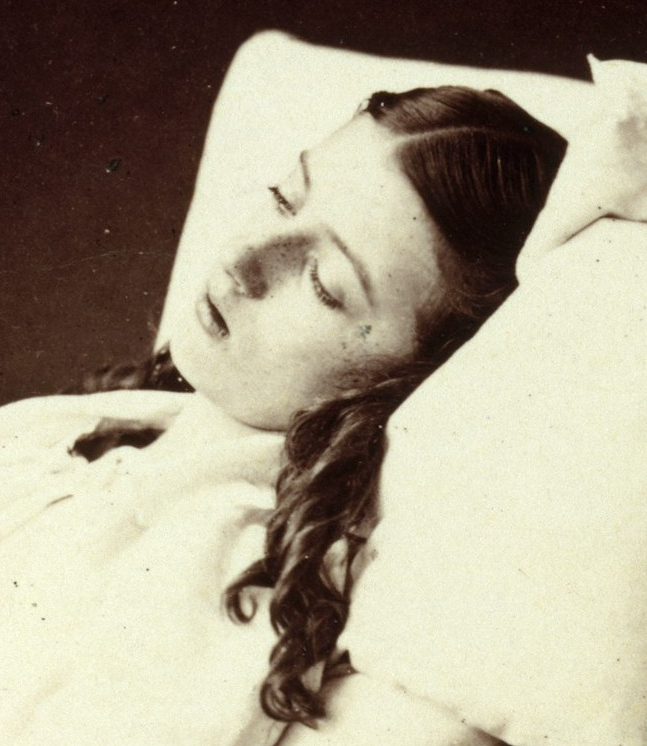 ” Consumed by the passion of unrequited love, a young woman lies suspended in the dark space of her unrealized dreams in Henry Peach Robinson’s illustration of the Shakespearean verse “She never told her love,/ But let concealment, like a worm i’ the bud,/ Feed on her damask cheek” (Twelfth Night II,iv,111-13). Although this picture was exhibited by Robinson as a discrete work, it also served as a study for the central figure in his most famous photograph, Fading Away, of 1858.
.
Purportedly showing a young consumptive surrounded by family in her final moments, Fading Away was hotly debated for years. On the one hand, Robinson was criticized for the presumed indelicacy of having invaded the death chamber at the most private of moments. On the other, those who recognized the scene as having been staged and who understood that Robinson had created the picture through combination printing (a technique that utilized several negatives to create a single printed image) accused him of dishonestly using a medium whose chief virtue was its truthfulness.
.
While addressing the moral and literary themes that Robinson believed crucial if photography were to aspire to high art, this picture makes only restrained use of the cloying sentimentality and showy technical artifice that often characterize this artist’s major exhibition pictures. Perhaps intended to facilitate the process of combination printing, the unnaturally black background serves also to envelop the figure in palpable melancholia. “