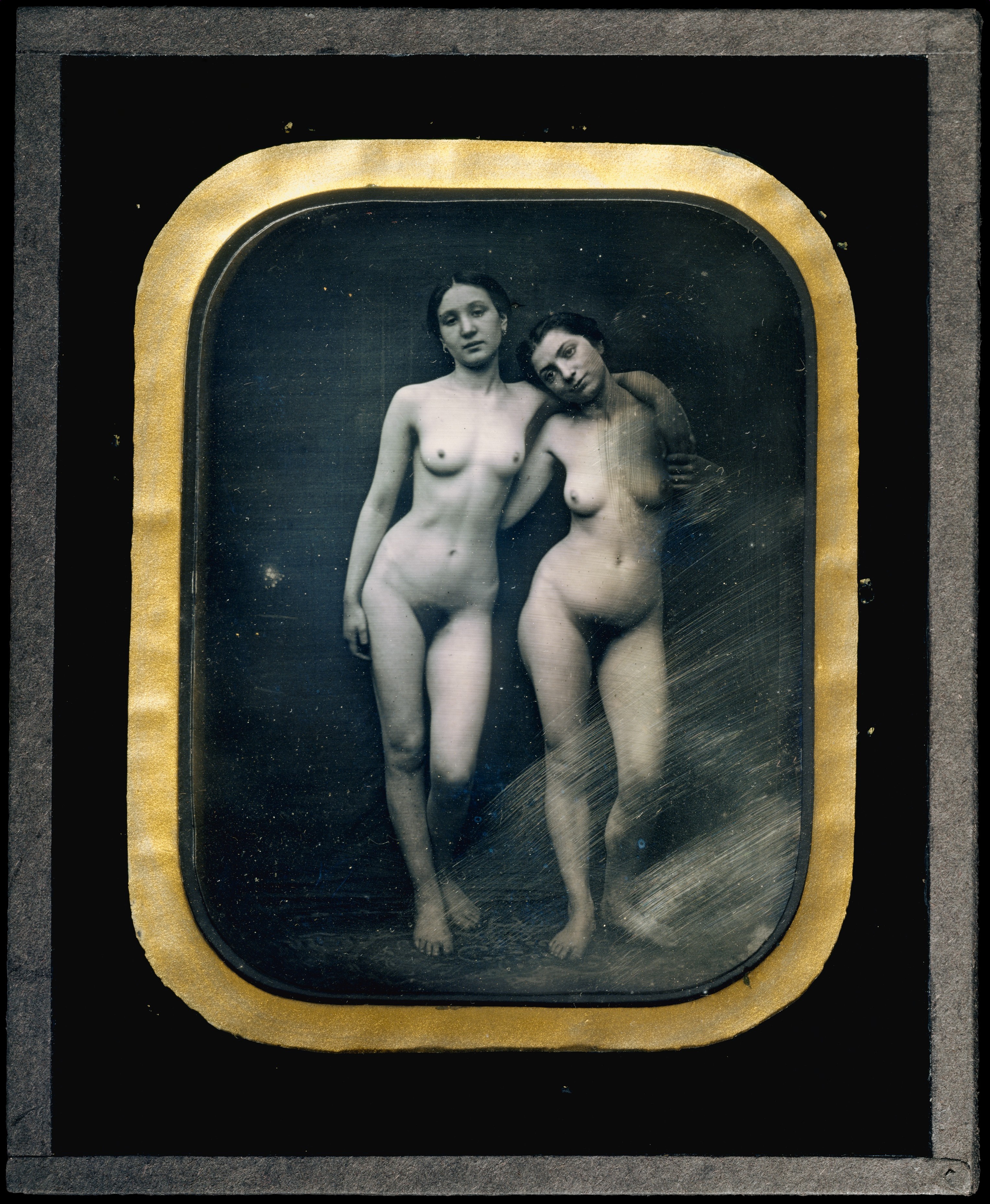 “Although Moulin was sentenced in 1851 to a month in jail for producing images that, according to court papers, were “so obscene that even to pronounce the titles . . . would be to commit an indecency,” this daguerreotype seems more allied to art than to erotica. Instead of the boudoir props and provocative poses typical of hand-colored pornographic daguerreotypes, Moulin depicted these two young women utterly at ease, as unselfconscious in their nudity as Botticelli’s Venus.”