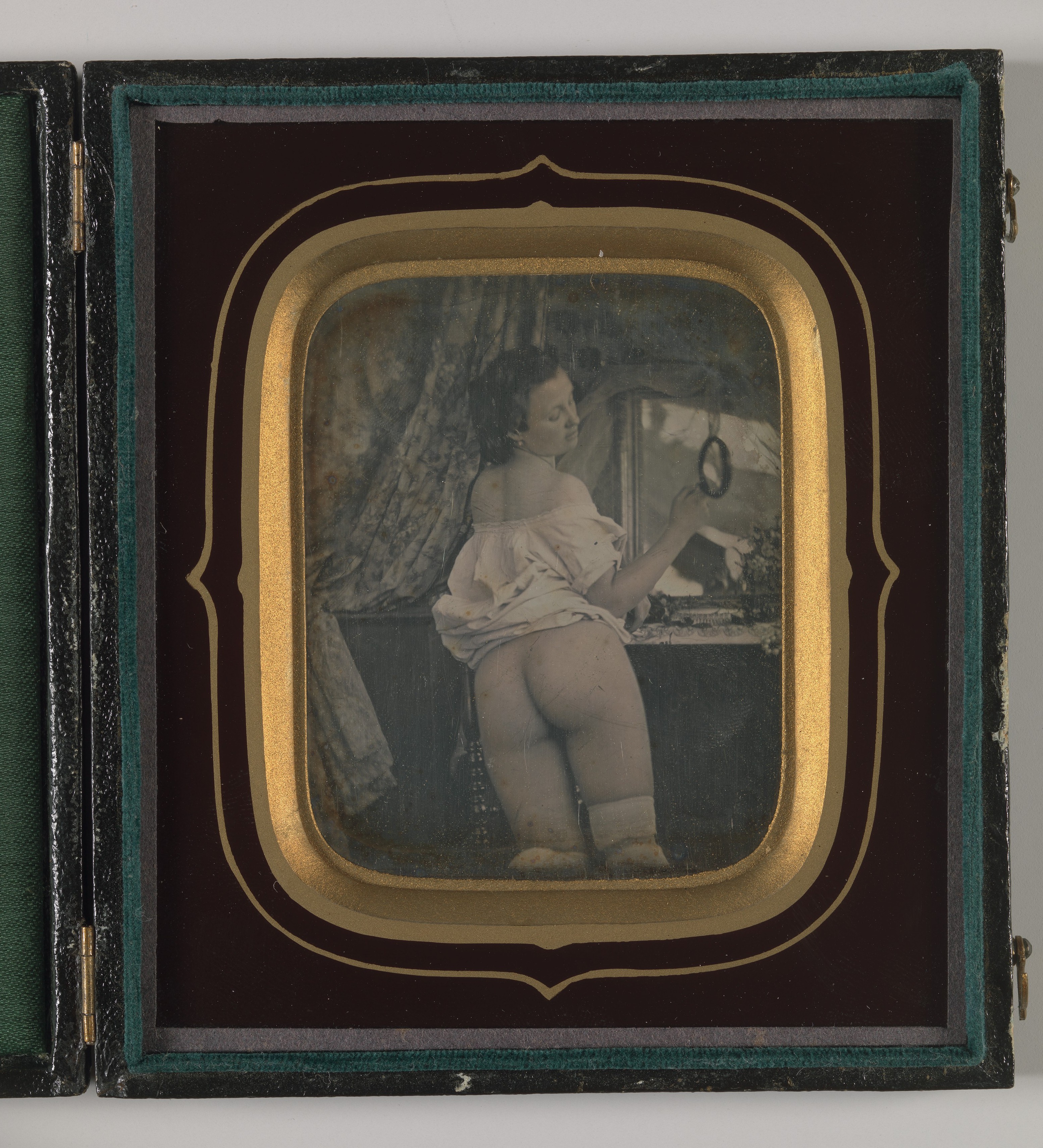 ” Censors have long struggled to keep pace with evolving technology and expanding distribution networks of photographic erotica. In nineteenth-century France, government officials regularly seized thousands of photographs similar to the daguerreotype displayed here, which were deemed lewd. Male nudity has frequently been subject to stricter control than pornography featuring women. The Arcadian photographs of Plüshow and his cousin and student Wilhelm von Gloeden were avidly collected in the late nineteenth century, but in the 1930s many of their prints and negatives, considered deviant by the Italian Fascist government, were destroyed. For much of the twentieth century, it was illegal in the United States to mail photographs that might be judged prurient, forcing photographers to mask genitalia and pubic hair with strategic props or with overpainting that could be easily removed by purchasers. Sale of erotic male physique magazines and bodybuilder pin-ups, ostensibly circulated to promote fitness, was legalized in a 1962 Supreme Court ruling, which concluded that “portrayals of the male nude cannot fairly be regarded as more objectionable than many portrayals of the female nude that society tolerates.”