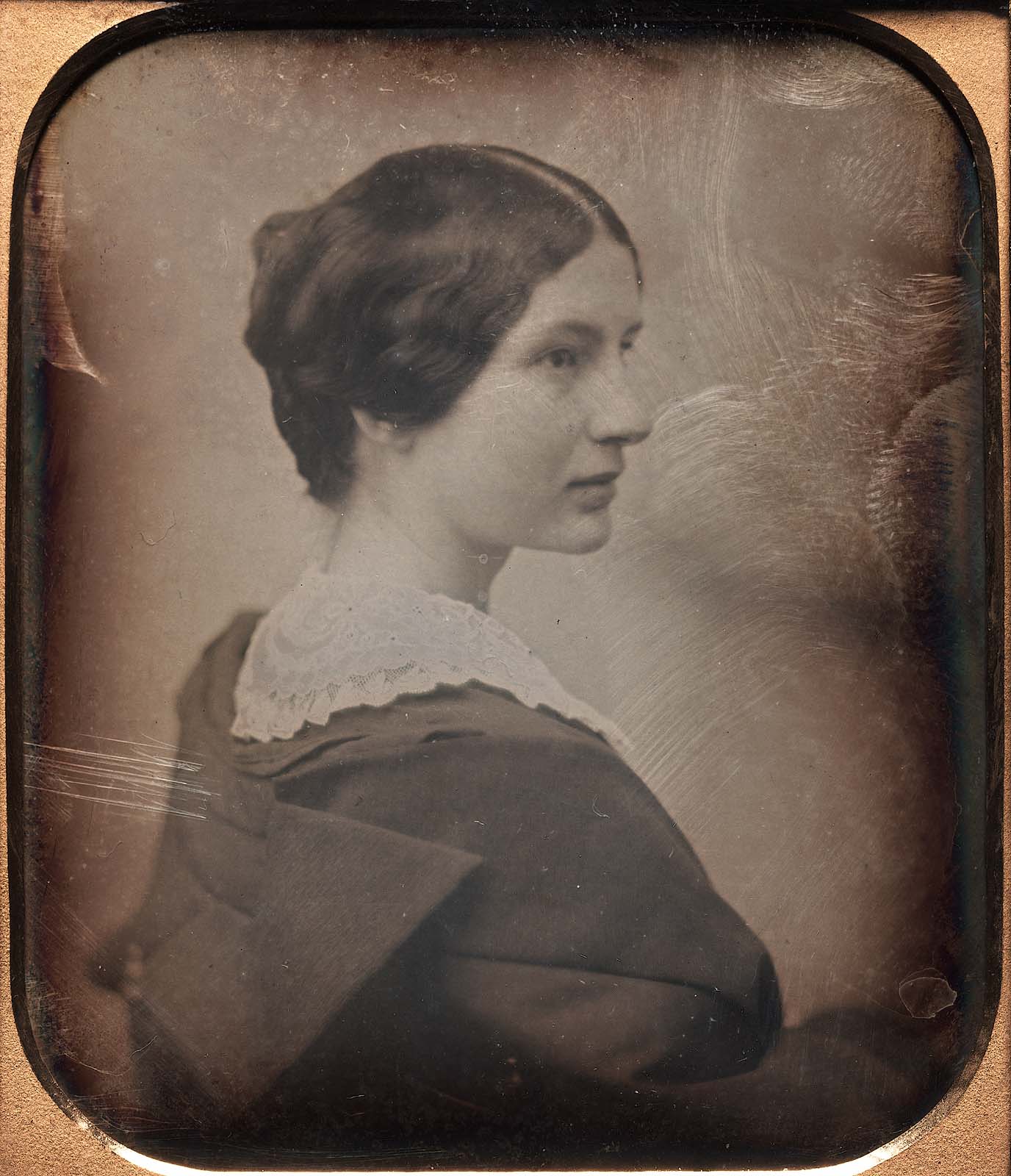 The puzzling things is that the above photos of Annie Adams Fields have different dates while they are clearly from the same photographic session. The MET Museum, which owns the first photo, dates the image at 1861 while the Boston Museum of Fine Arts who owns the second photo dates it at 1845-1855. My guess is that the image is taken around 1854-1855. It is rather strange though, that the dates should differ so much.

Annie Adams Fields (1834-1915), a native Bostonian, was an accomplished author and social reformer. Following her marriage in 1854 to James Thomas Fields (Young America cat. no. 155), she established the Charles Street literary salon, which attracted Louisa May Alcott, Ralph Waldo Emerson, Henry James, Henry Wadsworth Longfellow, and many others. Fields was an author herself, publishing volumes of verse and biographies of Whittier (1893) and Harriet Beecher Stowe (1897). In addition to her literary work, she founded many charities and devoted herself to the abolitionist and women’s suffrage movements. Following the death of her husband in 1881, she entered into a long-term relationship with novelist Sarah Orne Jewett. 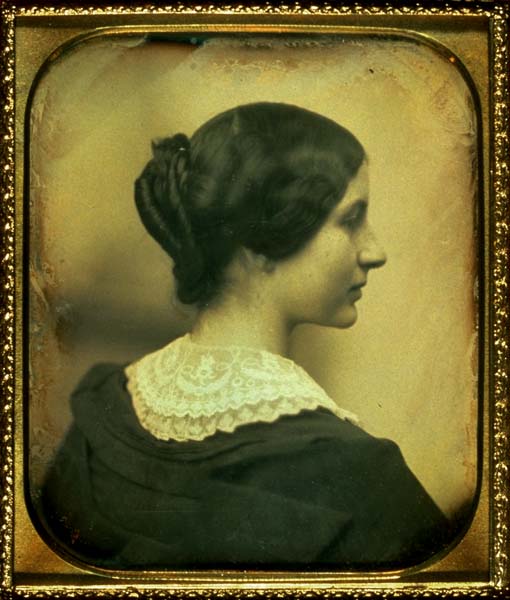 Annie Adams Fields (June 6, 1834 – January 5, 1915) was an American writer. Born in Boston, Massachusetts, she was the second wife of the publisher and author James Thomas Fields, whom she married in 1854, and with whom she encouraged up and coming writers such as Sarah Orne Jewett, Mary Freeman, and Emma Lazarus. She was equally at home with great and established figures including Ralph Waldo Emerson and Harriet Beecher Stowe, whose biography she fearlessly compiled. She was a philanthropist and social reformer; in particular, she founded the Holly Tree Inns, coffeehouses serving inexpensive and nutritious meals, and the Lincoln Street Home, a safe and inexpensive residence for unmarried working women.

After Fields’ husband died in 1881, she continued to occupy the center of Boston literary life. The hallmark of Fields’ work is a sympathetic understanding of her friends, who happened to be the leading literary figures of her time. Her closest friend was Sarah Orne Jewett, a novelist and story writer whom her husband had published in The Atlantic. Fields and Jewett lived together for the rest of Jewett’s life (Jewett died in 1909).

Fields was a forward-looking, philanthropic and multi-talented woman, who encouraged the talents of others even as she followed the good of the intellect. Although Fields often turns up in the pantheons of 19th century poetry, it is for her short sympathetic biographies that she is now remembered.

Along with the sympathy that Fields brings to her portraits, one will find the clear-eyed judgments that great criticism requires. As Samuel Johnson‘s “observation with extensive view” had surveyed the eighteenth century scene, Annie Fields’ sharp decisive portraits etch the nineteenth-century American literary scene.

Fields’ literary importance lies primarily in two areas: one is the influence she exerted over her husband in the selection of works to be published by Ticknor and Fields, the major publishing house of the time. He valued her judgement as reflecting a woman’s point of view.

Second, Fields edited important collections of letters and biographical sketches. Her subjects included her husband, James T. Fields, John Greenleaf Whittier, Celia Thaxter, and Harriet Beecher Stowe, as well as the Jewett letter collection. While these are not critical, scholarly works (the Jewett collection, especially, is heavily edited), they do provide primary material for the researcher. Her Authors and Friends (1896) is a series of sketches, the best of which are of Harriet Beecher Stowe and Celia Thaxter. Fields’ diaries remain unpublished, except for excerpts published by M. A. DeWolfe Howe in 1922.

Fields remains a somewhat puzzling figure. Her writings reflect a traditional orientation toward sentimentalism and the cult of true womanhood. However, she was a supporter of “women’s emancipation,” and her association with Jewett and others suggests a less traditional side. She left for posterity a carefully polished public persona, that of the perfect hostess, the genteel lady, and it is difficult to find the real person underneath.