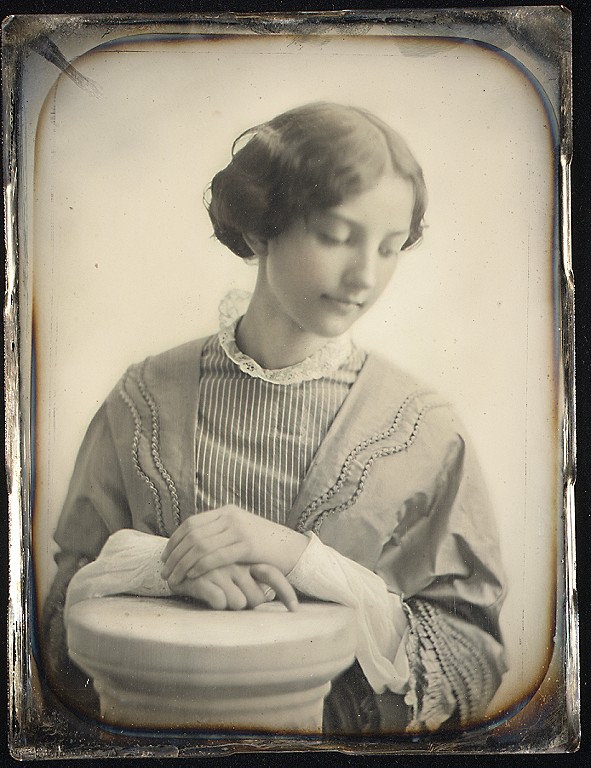 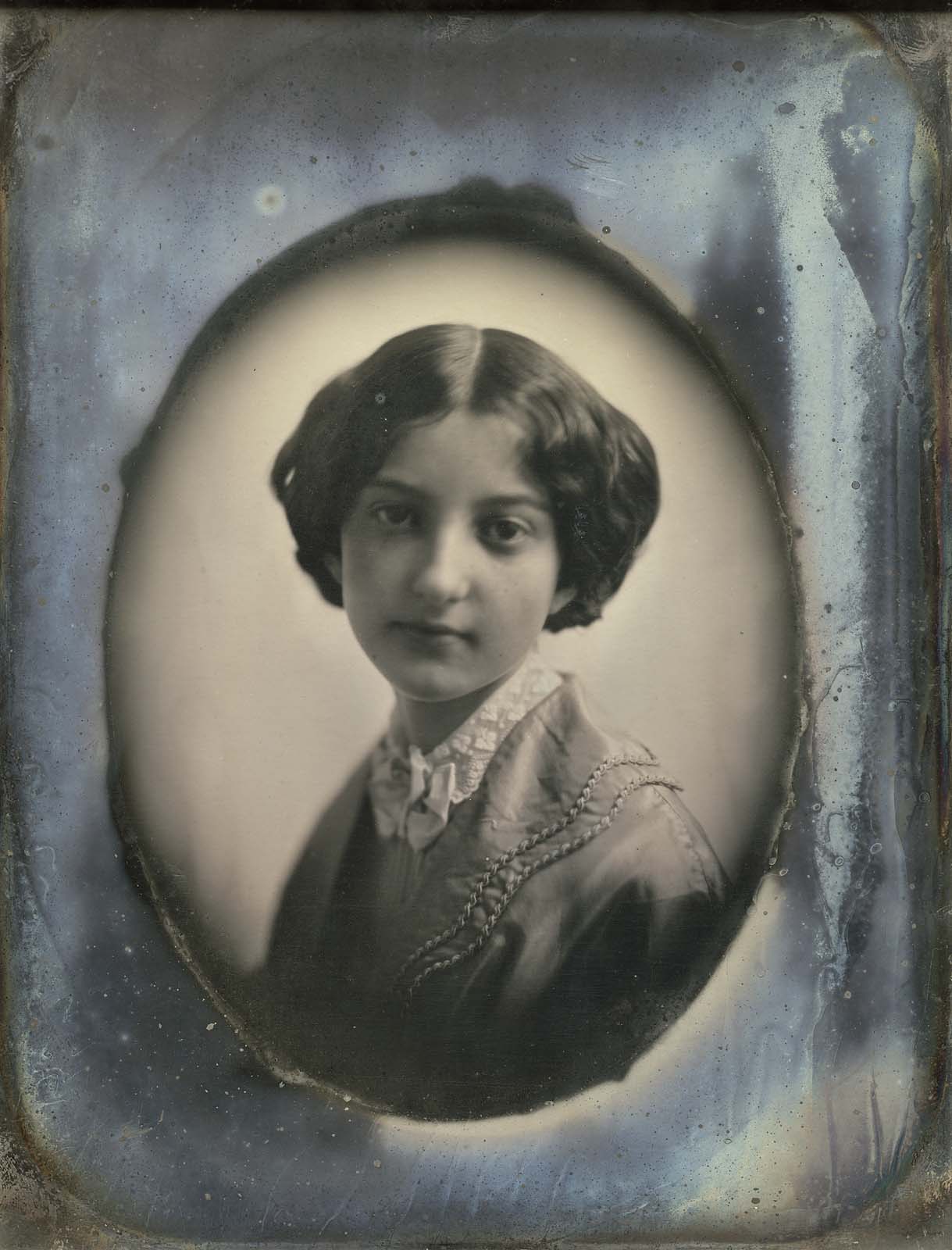 This first photographic process, invented by Louis Daguerre (1798-1851), spread rapidly around the world after its public presentation in Paris in 1839. Exposed in a camera obscura and developed in mercury vapors, each highly polished silver plate is a one-of-a-kind photograph that, viewed in proper light, exhibits extraordinary detail and three-dimensionality. The Boston partnership of Southworth and Hawes produced the finest portrait daguerreotypes in America for a clientele that included leading political, intellectual, and artistic figures. Nothing is known today about Miss Hodges, but Southworth and Hawes made two costly whole-plate portraits of her for their studio collection, suggesting that she was sufficiently well known – or sufficiently photogenic – to warrant displaying her likeness in the front-room public gallery.