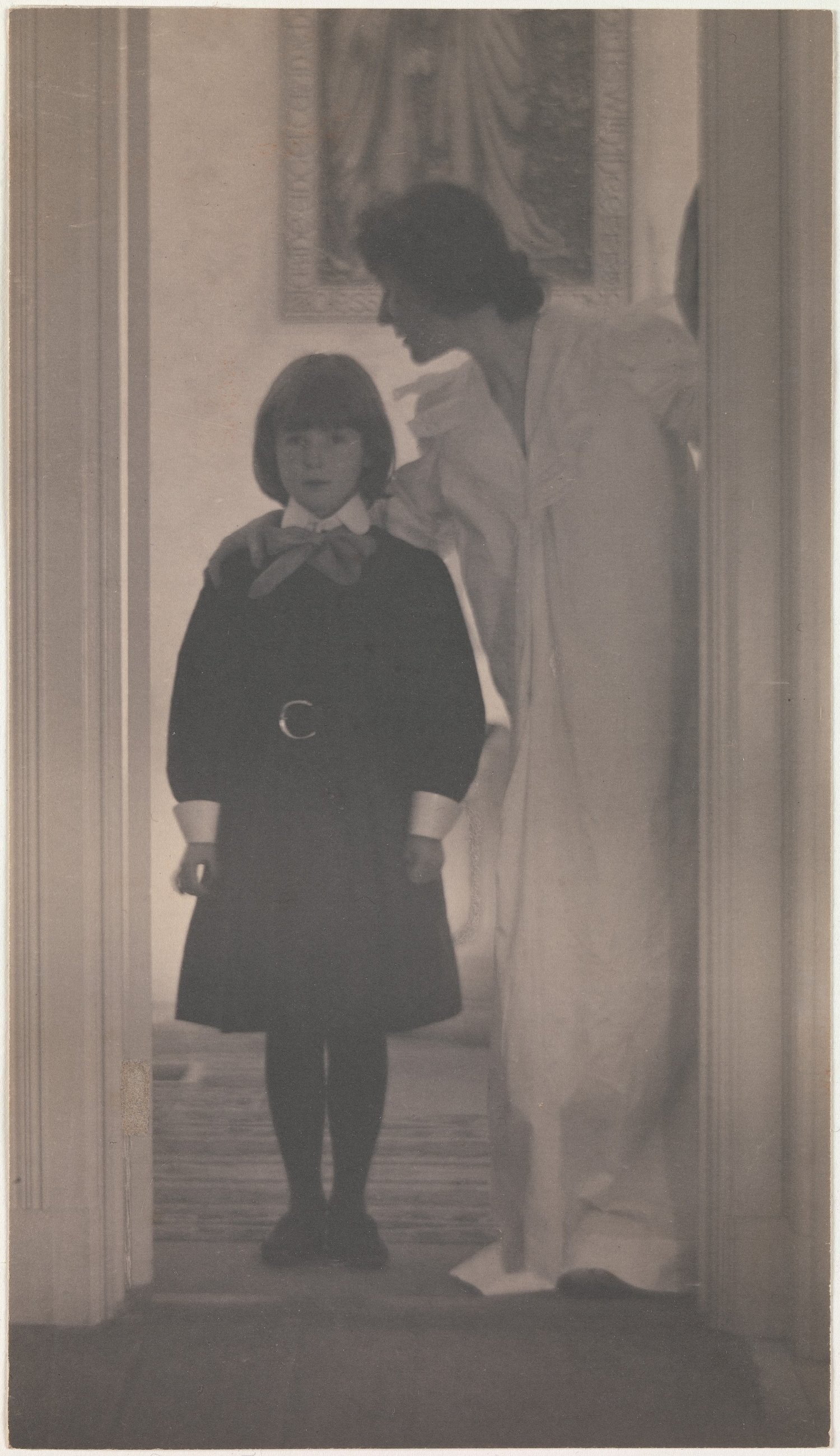 Blessed Art Thou Among Women by Gertrude Kasebier, 1899

F. Holland Day introduced Käsebier to the amateur photographer and printer Francis Watts Lee. Käsebier made this portrait of Lee’s wife, Agnes, and their daughter Peggy, almost certainly at their stylish Boston home. An exquisite description of the Victorian ideals of motherhood and femininity, reinforced by the biblical title and the print of the Annunciation on the wall behind the figures, the photograph also evokes the idyllic domesticity of the Arts and Crafts Movement. Stieglitz published the photograph in Camera Notes (July 1900) and in the first issue of Camera Work (January 1903), which was devoted to Käsebier’s work. In 1906 he included this print in an exhibition of the work of Käsebier and Clarence White at his Little Galleries of the Photo-Secession, which had opened the previous year.