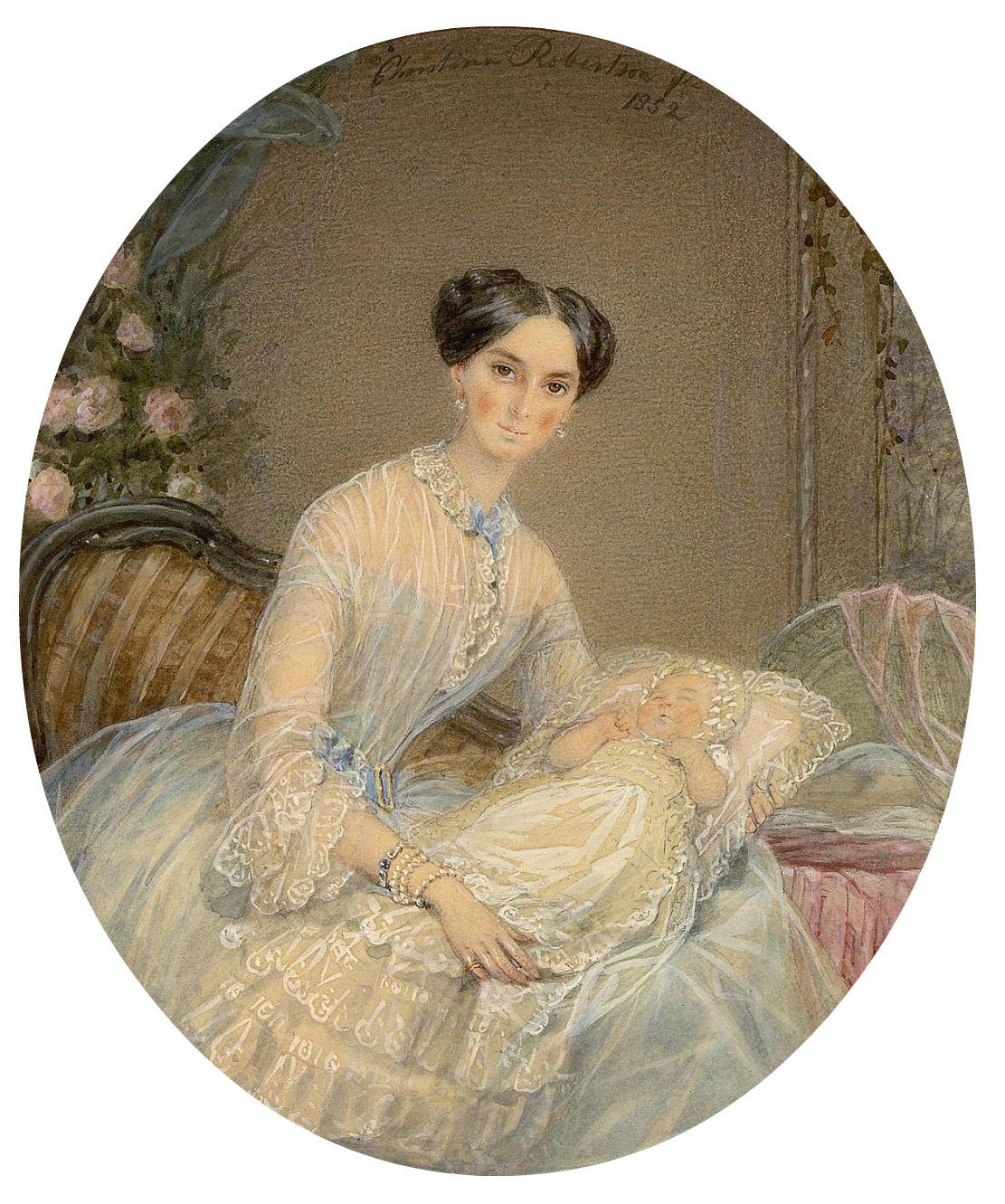 Sofia Andreevna Bobrinskaya (1829-1912) and her first born son Aleksei Aleksandrovich Bobrinsky (1852-1927). In total she would have five sons. It is interesting that the boy had a pink cradle instead of blue.

Count Aleksei Aleksandrovich Bobrinsky (31 May 1852, St. Petersburg – 2 September 1927, Grasse) was a Russian historian and nationalist politician. He attended St. Petersburg University and worked in the Chancellery of the Committee of Ministers.

For over thirty years Bobrinsky was chairman of the Imperial Archeological Commission; he became vice-chairman of the Academy of Science (1889). He was also head of the Orphanages of the Empress Marie (1893–1896), chairman of the Free Economic Society (1894), a member of the Agricultural Committee in the Ministry of Agriculture, senator (1896), and chairman of the Union of Russian Nobility (1905).

He left Russia after the October Revolution. He lived in France, where he actively campaigned for the monarchist cause.