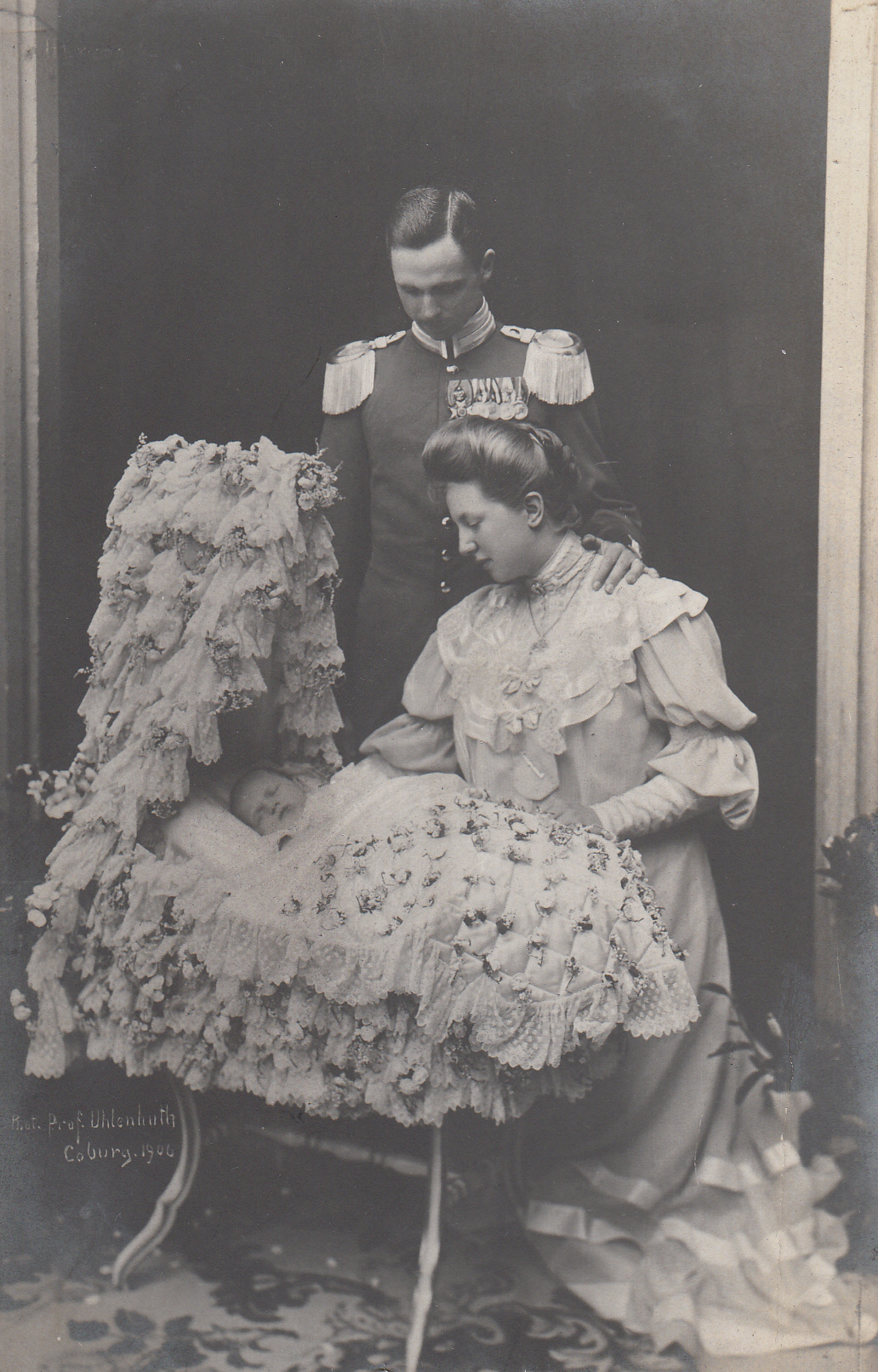 Princess Victoria Adelaide of Schleswig-Holstein with her husband and son by Eduard Uhlenhuth, 1906

In 1918, the Duke was forced to abdicate his ducal throne, following the end of World War I, forcing the family to become private citizens. After World War II, the couple fled to Austria (where Schloss Greinburg an der Donau had been a Saxe-Coburg property since 1822, and remains such) following the seizure of their properties in East Germany by the Soviet Union. However, the Oxford Dictionary of National Biography article on Prince Charles Edward states that he died in Coburg on 6 March 1954; no mention is made there of his wife. She died at Schloss Greinburg on 3 October 1970 and was buried beside her husband at Schloss Callenberg, Coburg, on 8 October of that year.