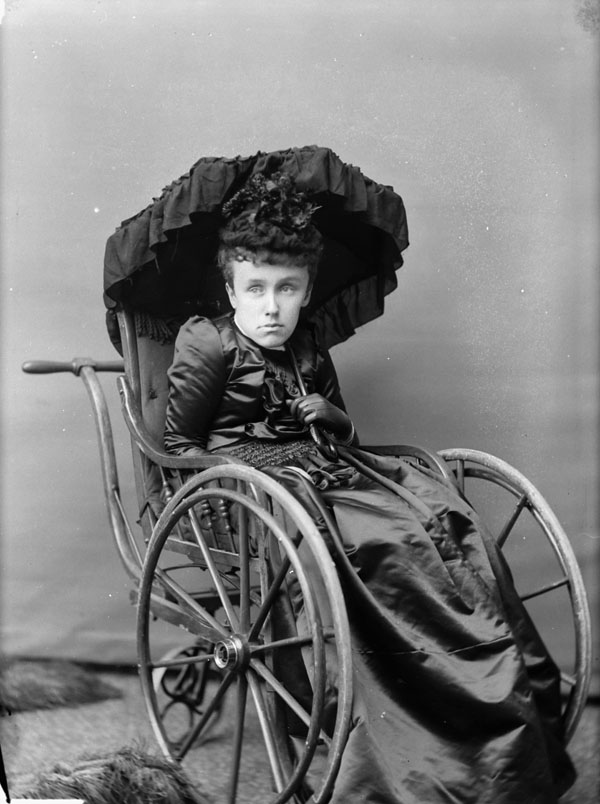 Mary Macdonald, daughter of Sir John A. Macdonald by William James Topley, May 1893

In 1869, John and Agnes Macdonald had a daughter, Mary (Margaret Mary Theodora) Macdonald. It soon became apparent that Mary had ongoing developmental issues. She was never able to walk, nor did she ever fully develop mentally.

Macdonald was survived by Susan Agnes, son Hugh and daughter Mary (d. 1933). Both Susan and Mary left Canada for England, where they both lived for the rest of their lives. 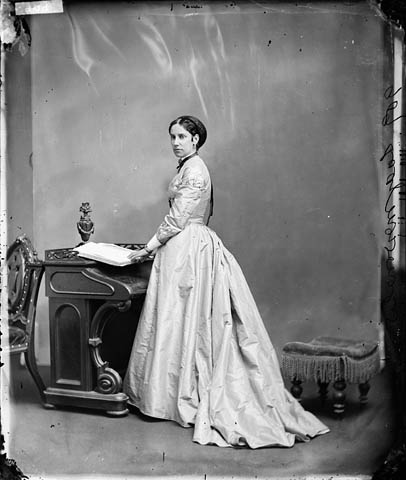 She was born near Spanish Town, Jamaica to The Hon. Thomas James Bernard (d.1850), of Bellevue, south of Montego Bay; member of the Privy Council of Jamaica. Her mother, Theodora Foulks Hewitt (1802-1875), was the daughter of William Hewitt, also of Jamaica, descended from a brother of James Hewitt, 1st Viscount Lifford. Susan was raised both in Jamaica and in England. After her father’s death she came to Canada with her mother to live with her brother, Hewitt Bernard, a lawyer and private secretary to political leader John A. Macdonald. It was through him that she met Macdonald for the first time in 1856. It was in 1866, in London, England, where Miss Bernard had been with her mother that she again met her husband-to-be who was there to prepare the British North America Act. They married on 16 February 1867, and had one daughter, Margaret Mary Theodora Macdonald, who was born severely handicapped, both mentally and physically (1869–1933).

On the first voyage of the transcontinental voyage of the Canadian railroad, Macdonald built Agnes a platform on the cowcatcher of the train and had a chair nailed to it so she could see the land united by the train. During her stay in Canada with her husband, she became intimately acquainted with many of the intricacies of the political and historical events of the country. After her husband’s death in 1891 she was raised to the peerage in his honour as Baroness Macdonald of Earnscliffe, in the Province of Ontario and Dominion of Canada. By 1896 she left her home at Earnscliffe to go back to England. Despite the weight of years, her participation in social and philanthropic work was active. She died in England in September 1920, aged 84, and was buried in the Ocklynge Cemetery in Eastbourne, a town on the south coast of England. The barony became extinct on her death.