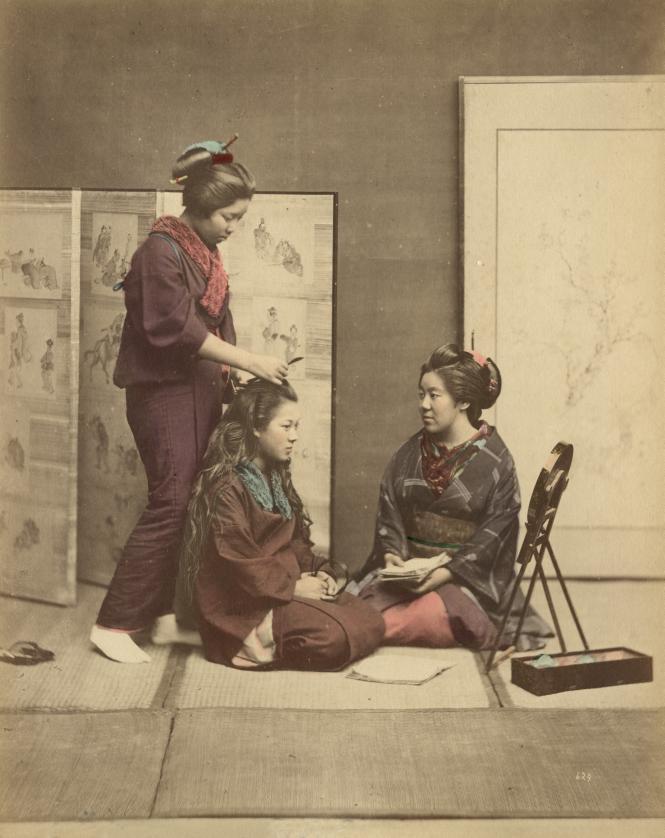 Woman styling the hair of a woman sitting on a tatami, while a third woman is watching. Photo of a series of 42 hand coloured albumine prints at Spaarnestad Photo by Felice Beato, Kusakabe Kimbei or Raimund baron von Stillfried. Japan, around 1880.

I found another photo of Japanese women involved in hairstyling ritual, from the Waseda University Library: 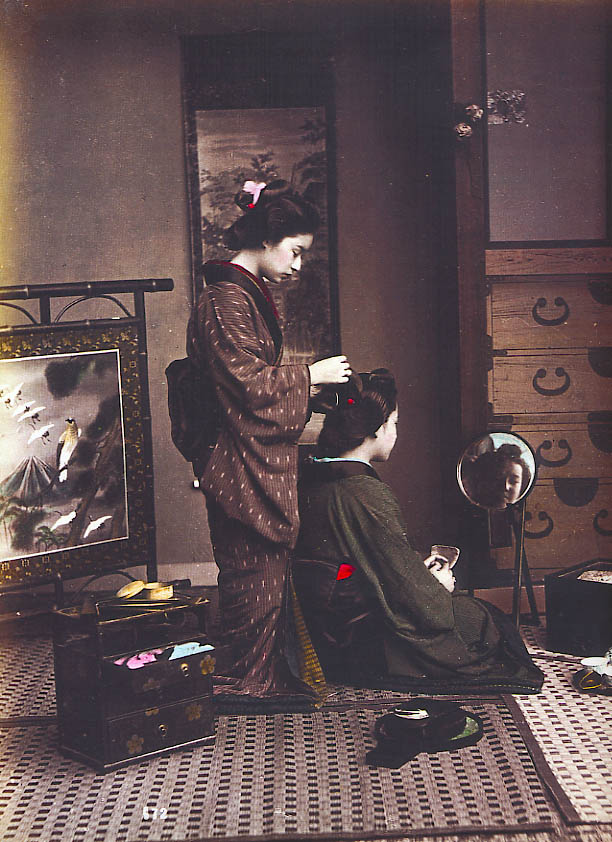