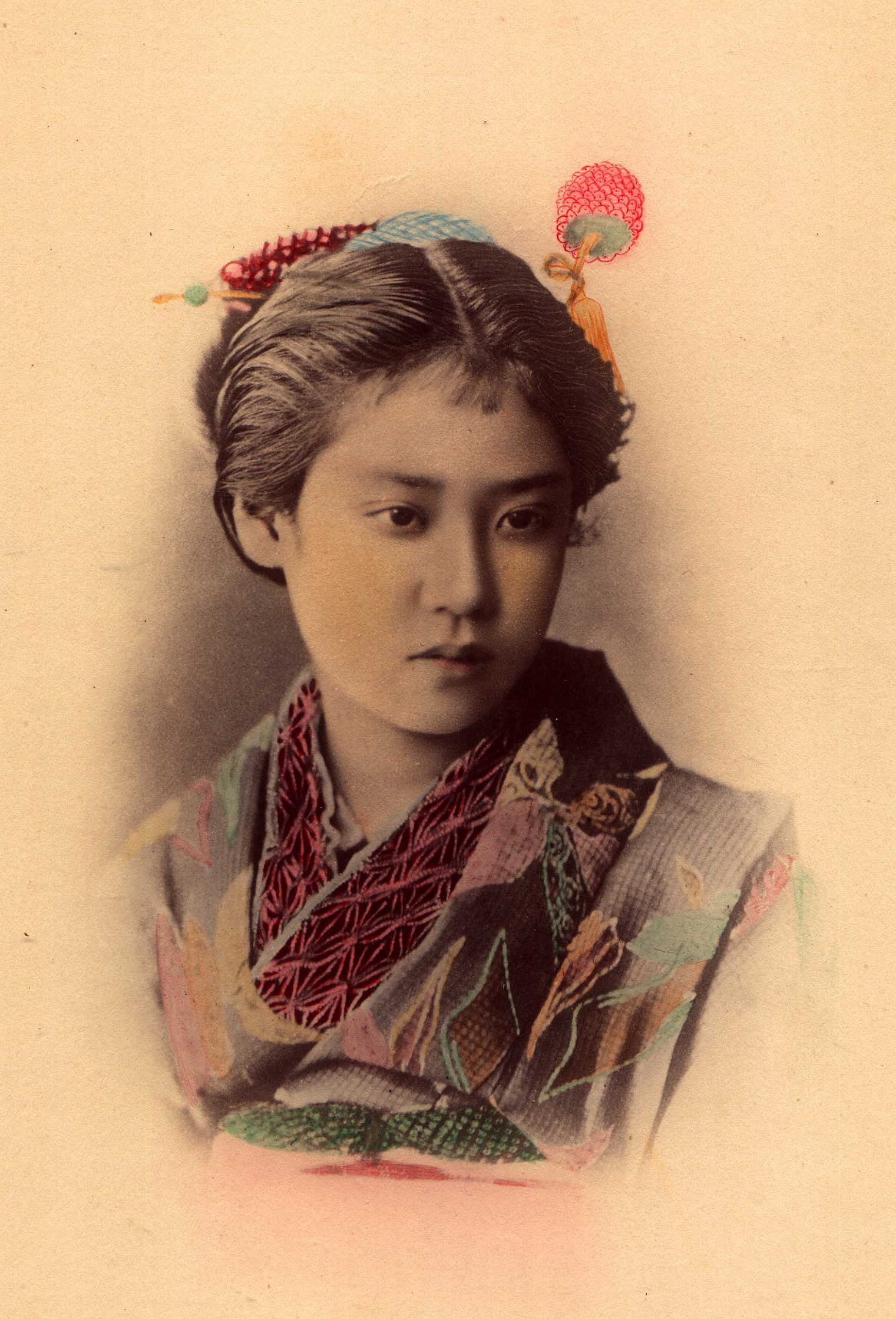 I found the same photo on WikiCommons, with different information, from the Waseda University Library:

Hand-coloured albumen silver print, variously attributed to Adolfo Farsari, Kusakabe Kimbei and Baron Raimund von Stillfried. I also found these two photos, which might be of the same woman: 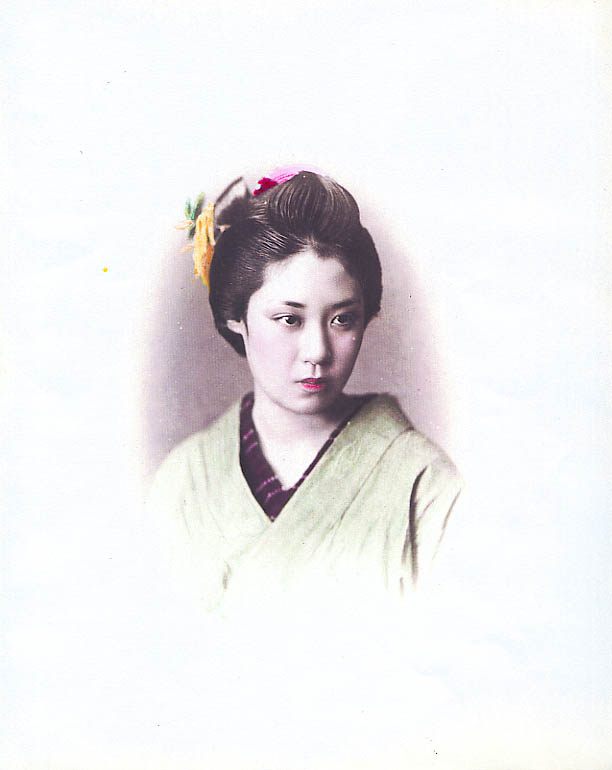 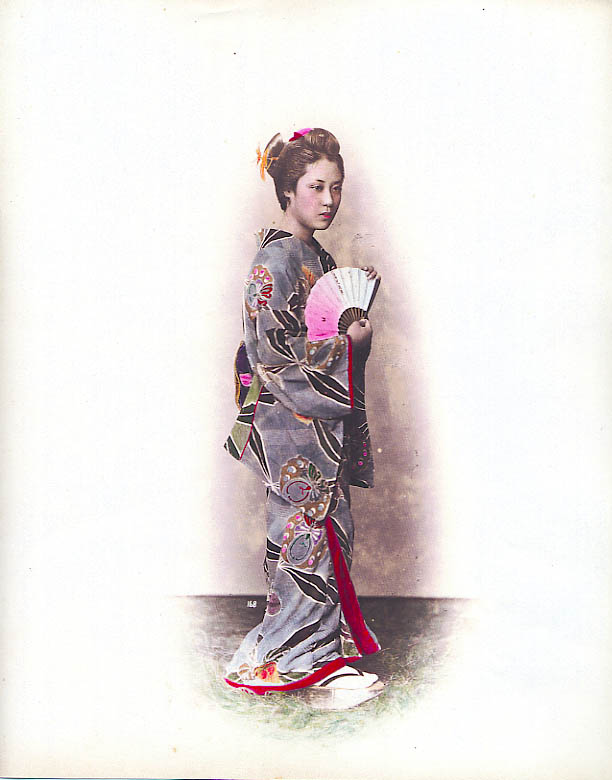