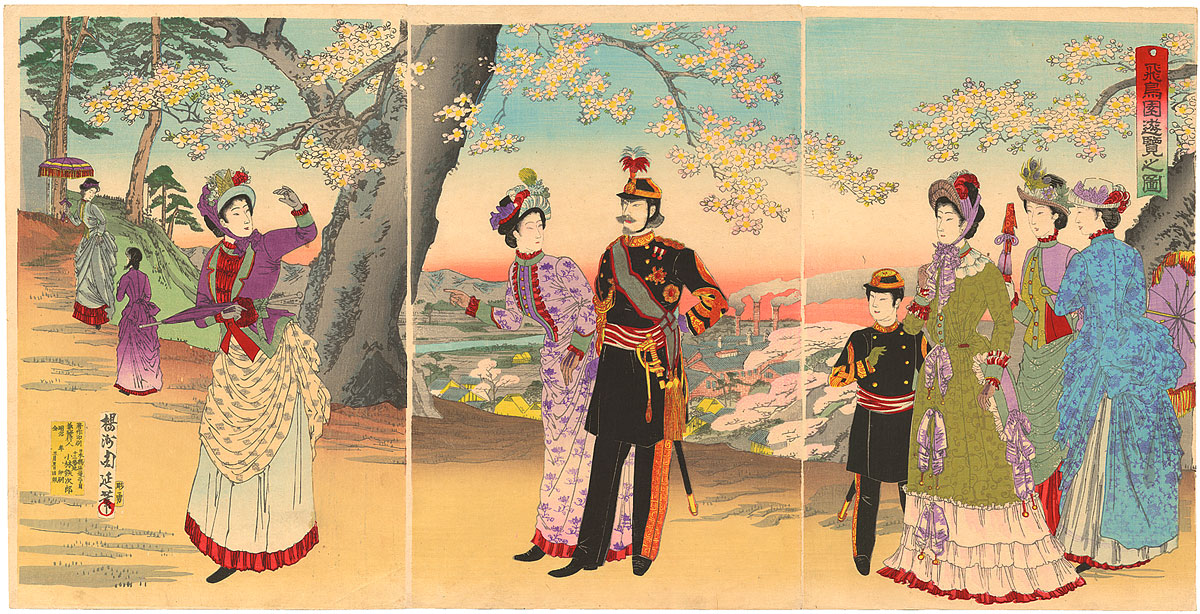 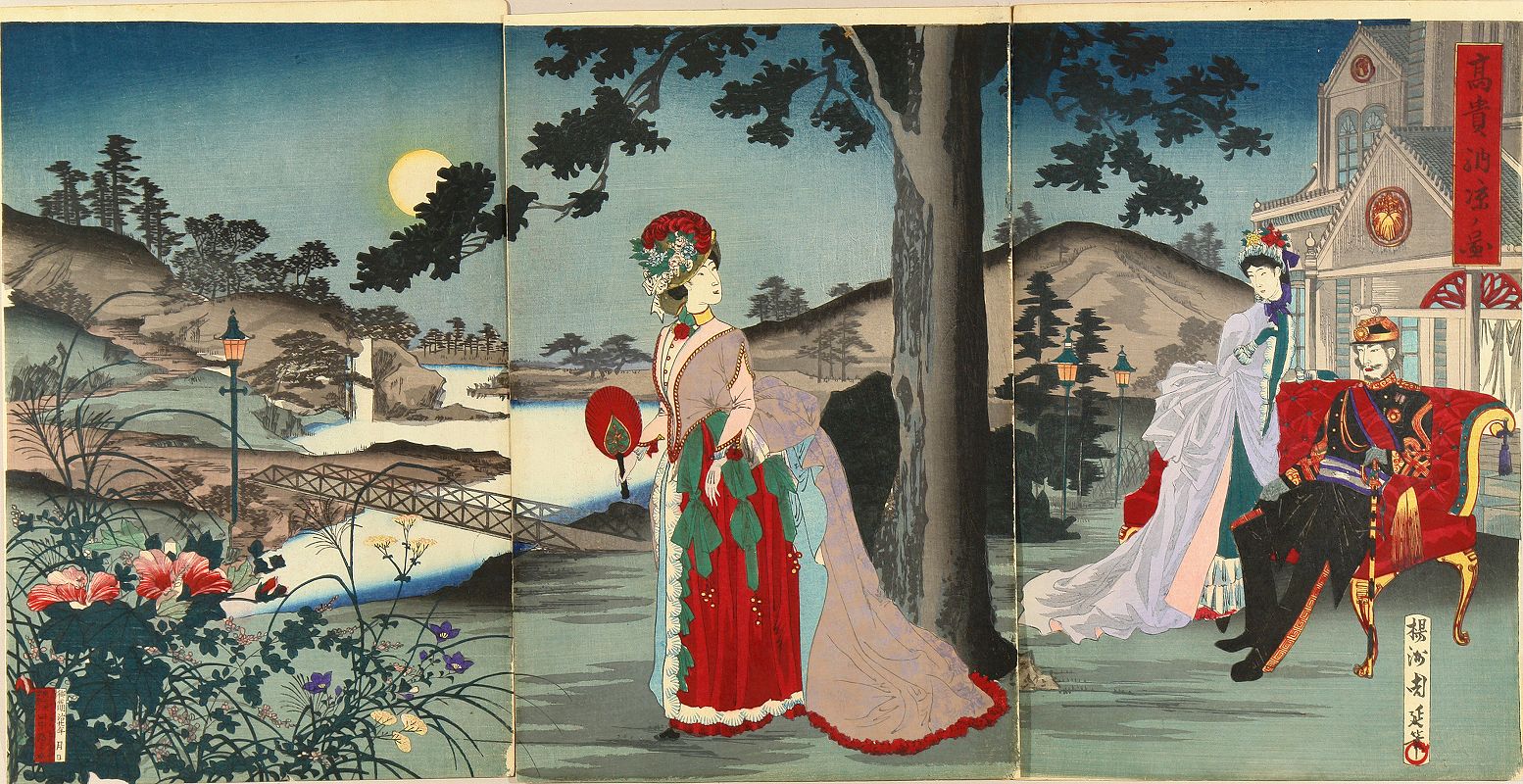 The first image shows the Emperor, Empress, Crown Prince and court ladies on an outing to Asuka Park. Asukayama Park was one of Tokyo’s first five public parks. It was famous for its cherry trees, planted by the 8th Shogun Yoshimune. The view from this hill includes some brick factory buildings and smokestacks and all the people are in Western clothing.