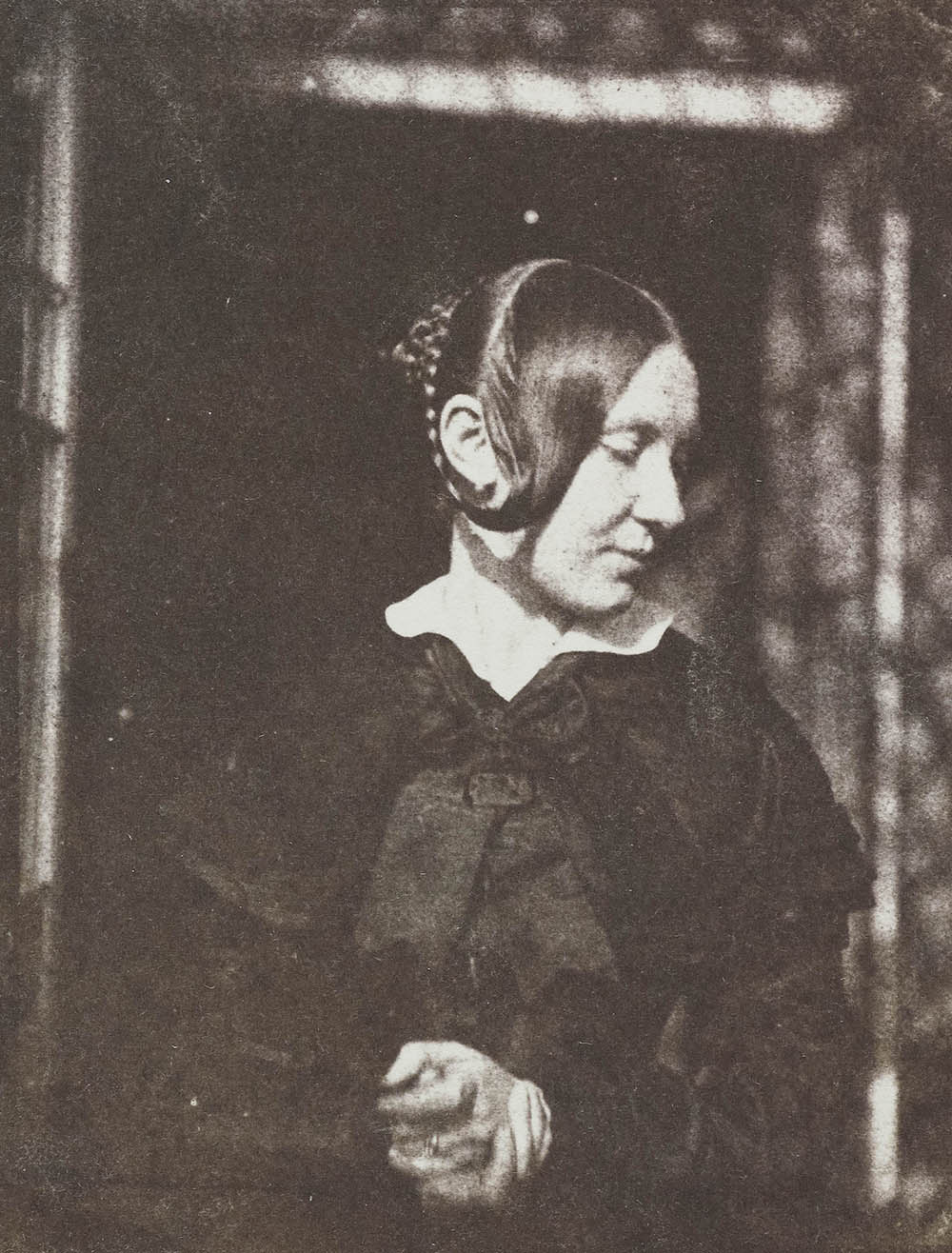 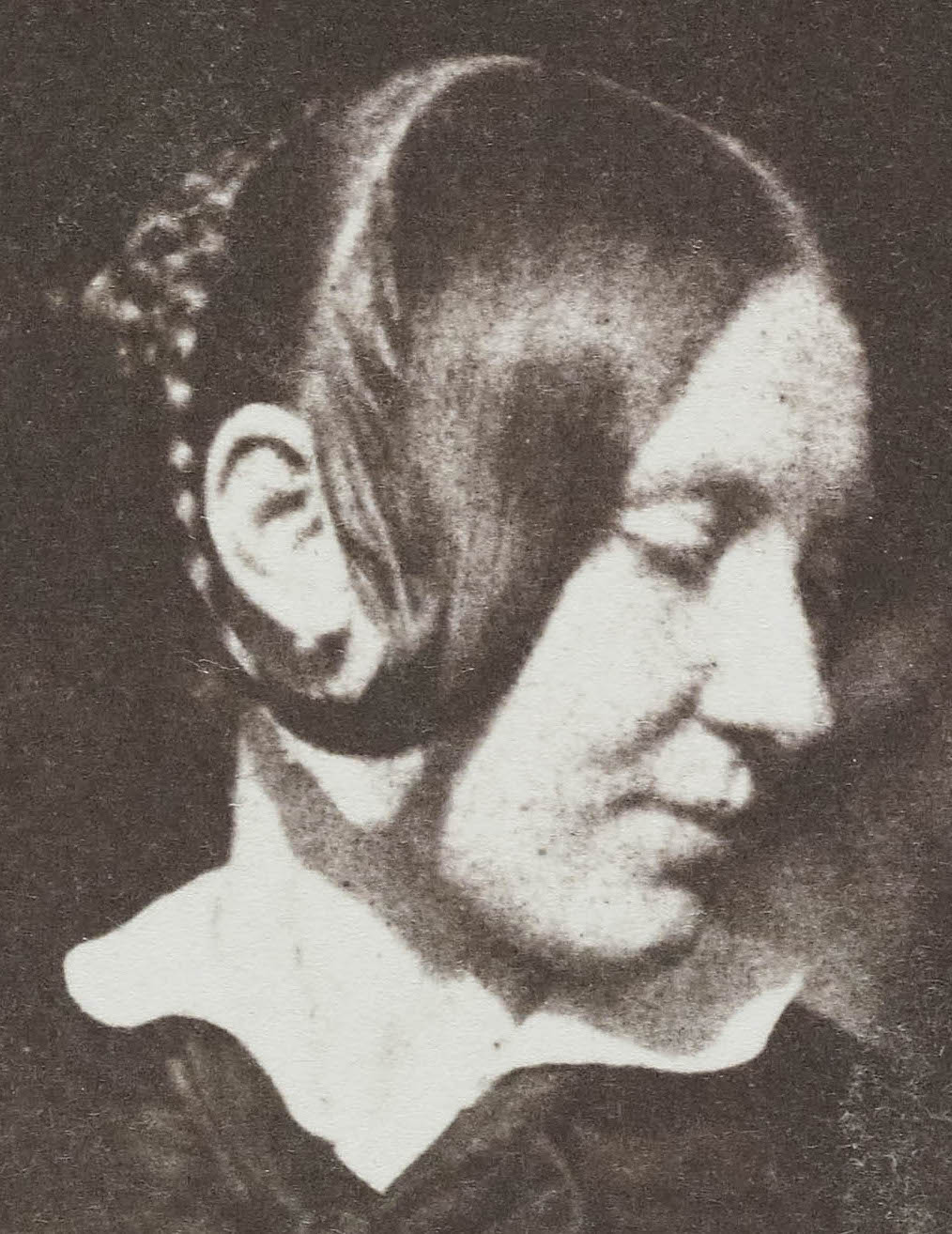 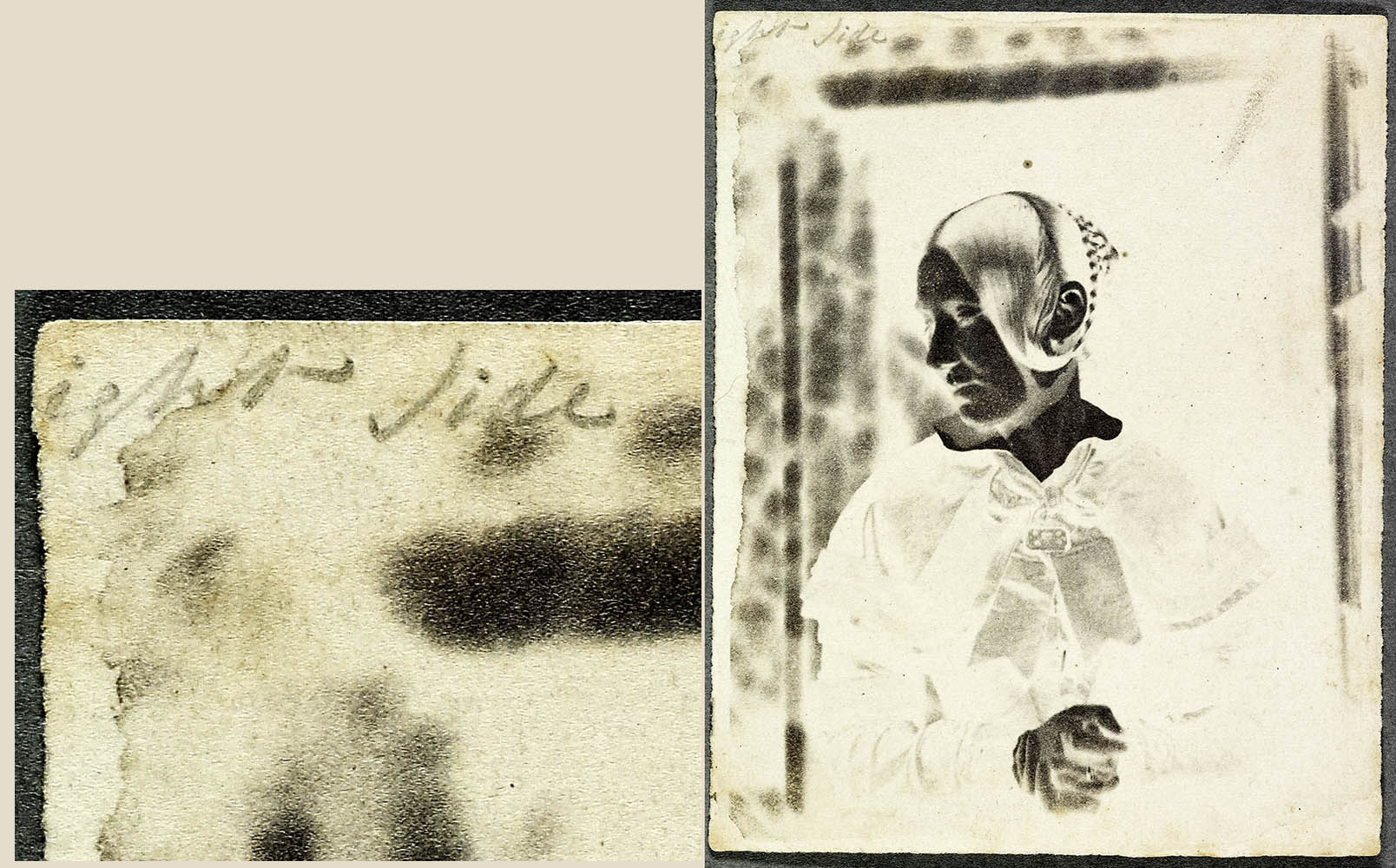 Unlike many women photographed in the 1840s Anne Jones is pictured without a bonnet, which means there is no risk of a shadow obscuring her face.  She sits in profile, set against a dark background, framed by the open door or window behind her.  The tender mood indicates the photographer was close to the sitter.  We know the sun was shining because the elaborate braid of hair which passes under her ear has cast a shadow on her face and neck.

If this is a portrait by Calvert of Anne, they would only have been married a few years at the time the photograph was taken.