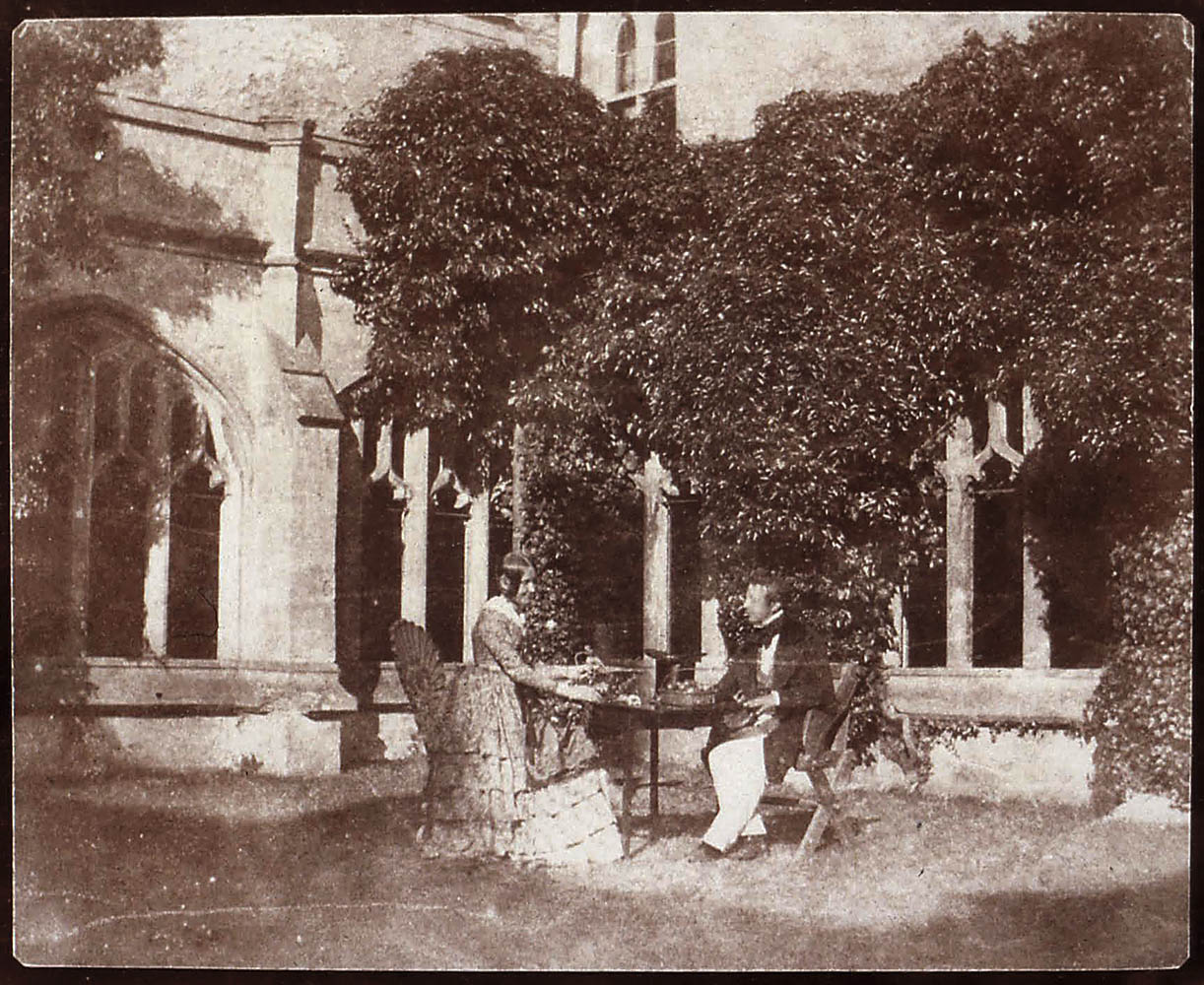 Reverend Jones had only a minimal interest in the cloth or lost souls.  A skilled marine painter, his enthusiasm for travel was satisfied by his close friendship with Henry’s Welsh cousin, Kit Talbot (described as the ‘wealthiest commoner in Britain’ and the owner of a fine sea-going yacht).  Anne Jones was equally enamored of travel and was an accomplished artist herself.  Calvert first took up the Daguerreotype but soon found that Talbot’s process on paper was a more congenial medium for an artist.

As it had for the nuns centuries before, the Cloisters of Lacock Abbey provided a peaceful shelter from the bustling activities of a country house.  It was a great place to take photographs, shielded not only from curious eyes but also the winds that could disrupt the sometimes tens of seconds exposures.  The Cloisters were large enough to admit the sunshine and in this case Talbot has very cleverly taken advantage of the shadows of the roofline to frame the picture.  In the mid-20th century, it was common for photographers to ‘burn in’ the peripheries of the print – ie, to selectively add extra exposure during enlarging to darken them – in order to contain the viewer’s eye from wandering away from the important subject in the centre.  The spectral response of the calotype negative has completed the task.  Its silver compounds reacted mostly to blue light and could hardly see green; as a consequence, green foliage came out much darker than our eye perceives it, in this case the darkened ivy happily completing the framing of the couple.

The gentleman is undoubtedly Calvert Jones, as expansive in presence as he was short in physical stature.  I used to think that the woman was Talbot’s wife Constance for the hairdo is one the she sometimes adopted.  However, Constance was not particularly tall and I am now convinced that Calvert is enjoying a snack with his wife Anne, also an artist.

As is the case with so many things if life, the strengths of the calotype are another side of its weaknesses.  The broadening of tone and the harmonizing of detail – the ‘Rembrandt’ effect – makes the prints from these negatives particularly appealing, more artistic if you will.  But this also frustrates specific identifications.