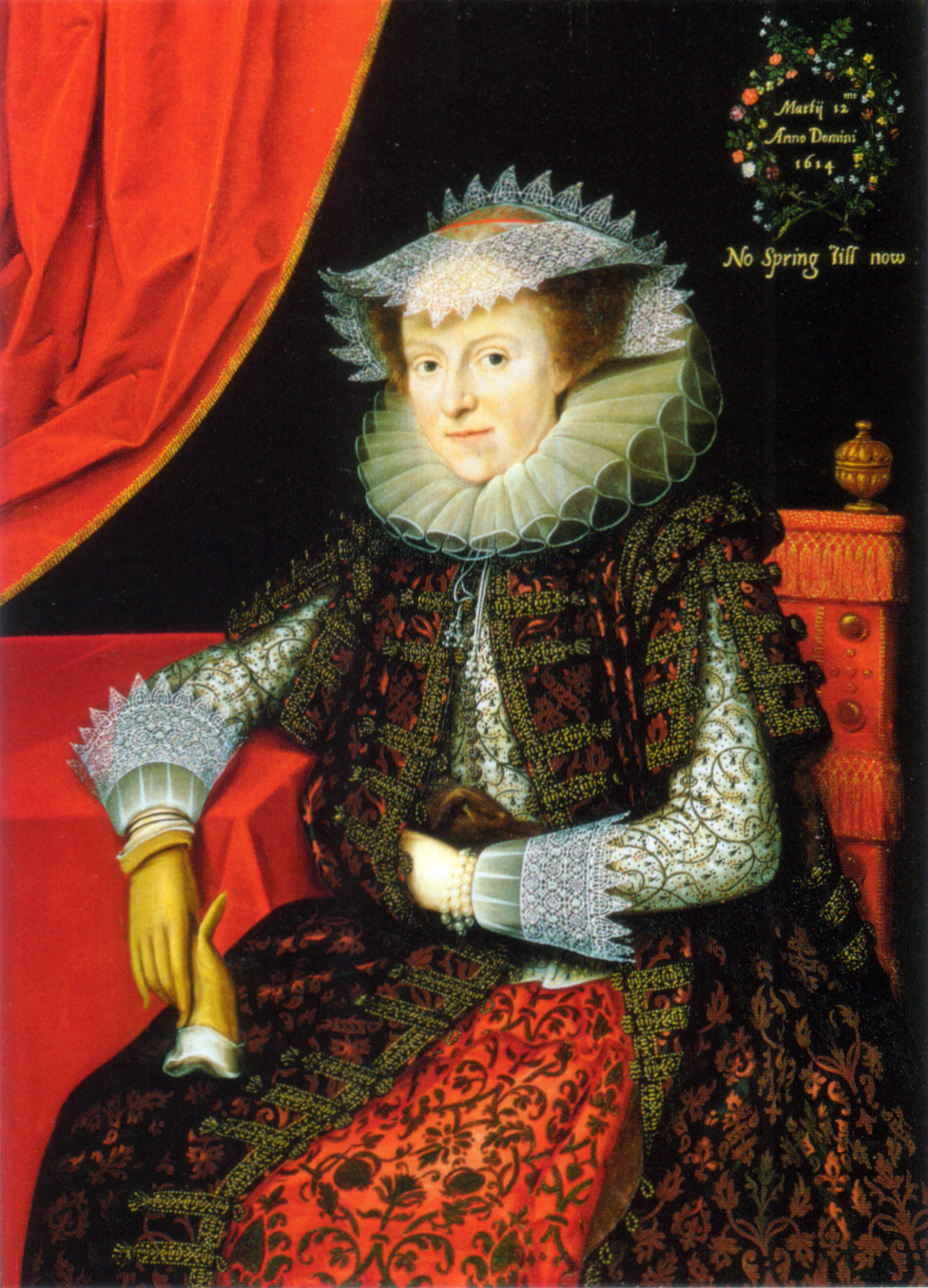 There seems to be a confusion about who this lady is. Some identify her as Mary Throckmorton, Lady Scudamore (National Portrait Gallery, London). However, on page 510 of the 1902 book “History of Lace” by Mrs Bury Palliser, Margaret Jourdain and Alice Dryden, the sitter is identified as Mary Sidney, the Countess of Pembroke:

“Composed of tbe finest geometric lace, sucb aswe see portrayed in tbe works of Vinciolo and otbers. Tbeartists of tbe day took particular pleasure in depicting tbemwitb tbe most exquisite minuteness. Tbese ruffs must bave proved expensive for tbe wearer,tbougb in James I.s time, as Ben Jonson bas it, mentbouo^bt little of turnins; four or five bundred acres oftbeir best land into two or tbree trunks of apparel. ^ ^ Called by James I. the King of of the Queen of Bohemia, by Mirevelt, Preachers. Ob. 1621 and of the Countess of Pembroke, by ^ In the Dumb Knight, 1608, a Mark Geerards. In Westminster woman, speaking of her ruff, says :— Abbey, the effigies of Queen Elizabeth This is but shallow. I have a ruff and Mary Queen of Scots, on their is a quarter deep, measured by the tombs, jard. ** Every Man Out of His Humour, ^ See the portraits in the National 1599. Portrait Gallery of Sir Dudley and Again, in his Silent Woman, he Lady Carleton, by Cornelius Janssens, says :— Plate LXXIX.

Mary Sidney, Countess op Pembroke, in 1614. 1555 ?-1621.—Probably by MarcGbeeraedts. National Portrait Gallery. Photo by Walker and Cockerell. To face page 316. JAMES I 317 According to the Wardrobe Accounts/ twenty-five yardsof fyne bone lace was required to edge a ruff, witlioutcounting the ground, composed either of lace squares orcut-work. Queen Anne, his consort, pays £5 for her wroughtruff, for shewing which eighteen yards of fine lace arepurchased at bs. 8<://° The ruffs of the City ladye were kept downe by the oldsumptuary law of Elizabeth. See, now, that you have not your city ruff on^Mistress Sue, says Mistress Simple in the City Matcli)^ The Overbury murder (1613), and hanging of Mrs. Turnerat Tyburn in 1615, are usually said, on the authority ofHowel,^^ to have put an end to the fashion of yellow ruffs,.but the following extracts show they were worn for someyears later. As late as 1620 the yellow^ starch, supposed to givea rich hue to the lace and cut-work of which

Moreover in the Encyclopædia Britannica Eleventh Edition, Vol. 16, the sitter is also identified as the Countess of Pembroke. She is wearing a coif and cuffs of reticella lace. 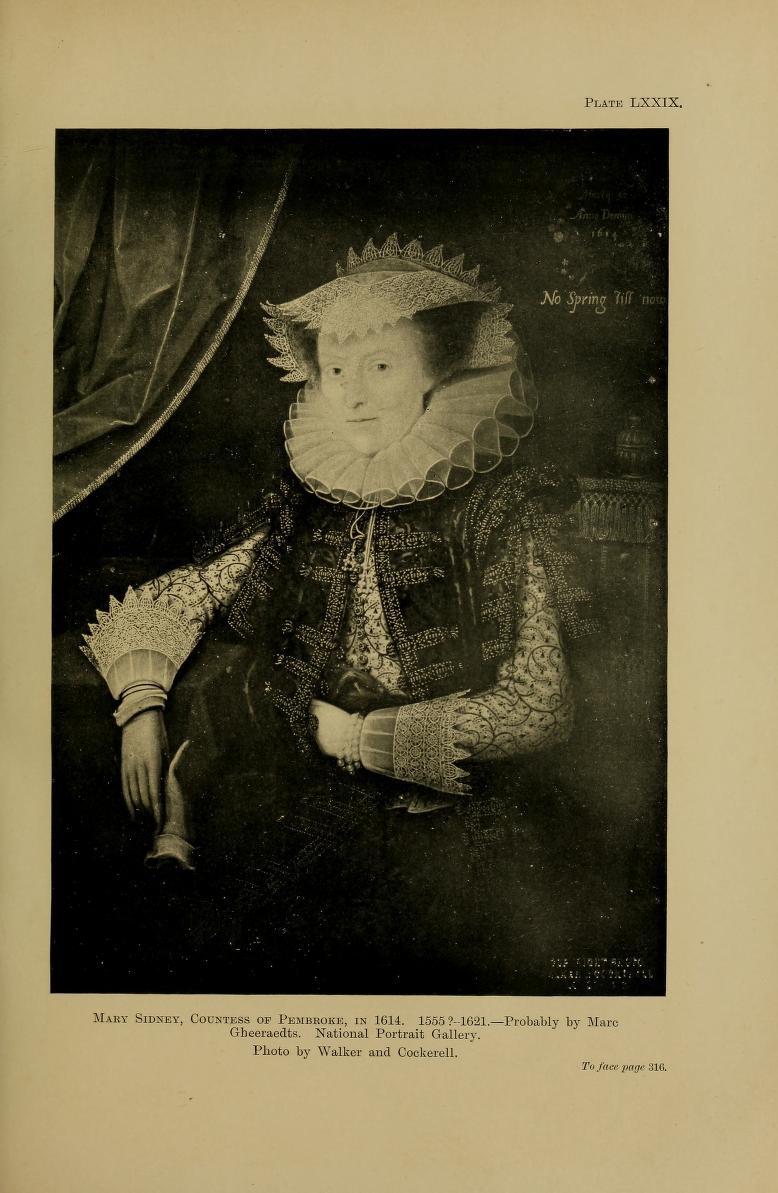 Last but not least, the above painting must have been the inspiration for the dress that the later Countess of Pembroke wore at a ball in 1897, see my previous post here. Note the similarity of their dresses!