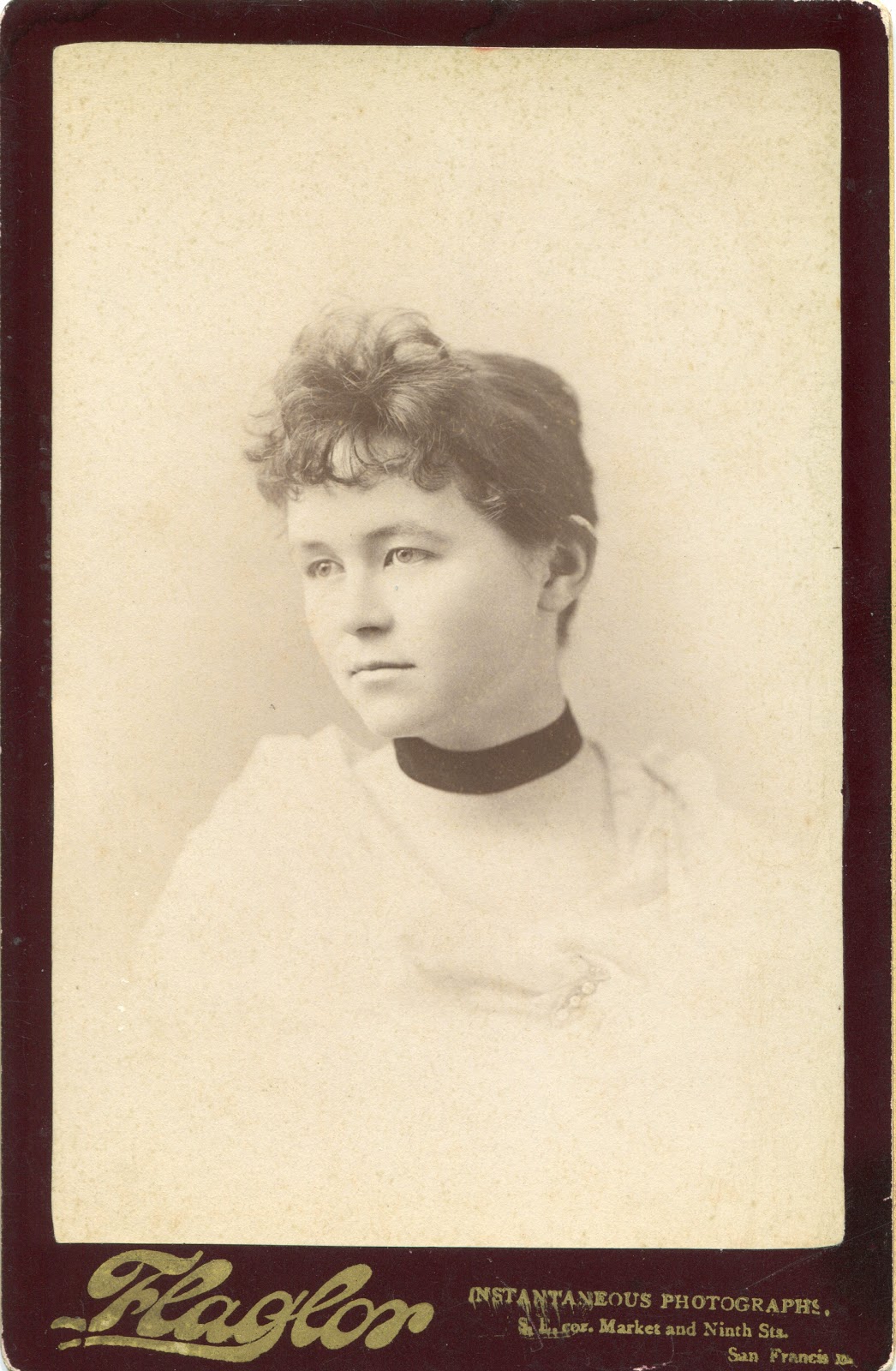 On the back of the photo is written “Eva Pogue”. She is probably Sarah Eva Pogue (later Eva Pogue Kirkman), born 1870 in Dry Creek (Tulare County), died 1946 in Exeter (California). She was the daughter of James William Center Pogue (1839-1907).
J.W.C. Pogue was an important Tulare County pioneer.  He was a successful citrus grower,  rancher and businessman.  He also served two terms as a Tulare County supervisor, and he created the town of  Lemon Cove, CA.  The historic Lemon Cove Woman’s Clubhouse was originally the Pogue Hotel, and then later the Pogue residence, before the family deeded the house to the Women’s club.
source: My old Tulare County Pics