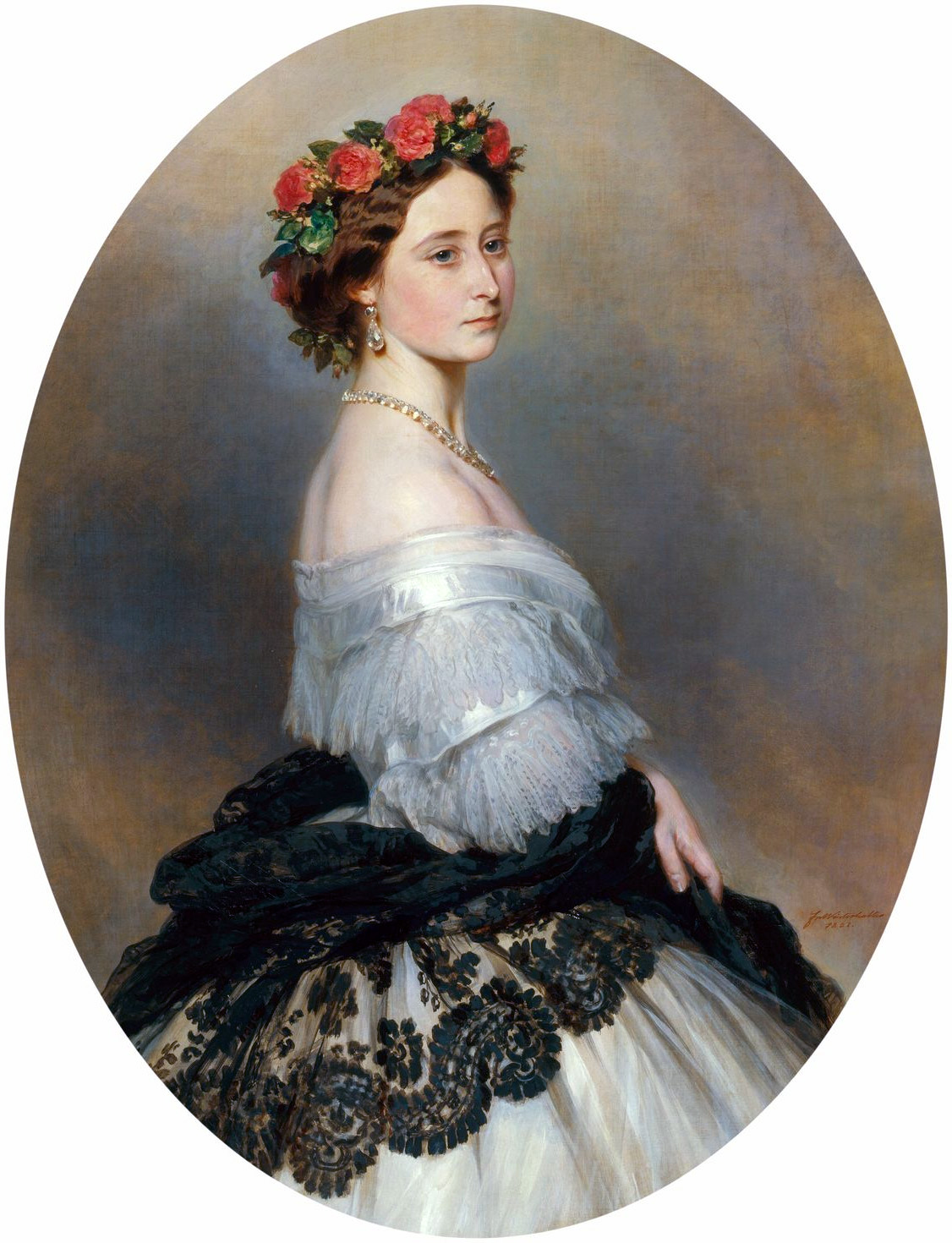 Winterhalter was born in the Black Forest where he was encouraged to draw at school. In 1818 he went to Freiburg to study under Karl Ludwig Schüler and then moved to Munich in 1823, where he attended the Academy and studied under Josef Stieler, a fashionable portrait painter. Winterhalter was first brought to the attention of Queen Victoria by the Queen of the Belgians and subsequently painted numerous portraits at the English court from 1842 till his death. Princess Alice (1843-78) is wearing a white ball dress and a black shawl. Originally she held a wreath of flowers in her hand, but this was changed as the painting progressed. Franz Xaver Winterhalter began the painting on 4 June 1861 and on 13 June Queen Victoria wrote in her Journal that he had ‘finished Alice’s beautiful picture, which is so like & fine’. Alice was the third child and second daughter of Queen Victoria and Prince Albert. Known for her sweet nature, she often took on the role of peacekeeper in the royal household. The marriage of her older sister, Princess Victoria, in 1858 left Alice as the eldest daughter at home, and the Queen and Prince Albert both turned to her for company. In a popular edition of Alice’s letters to the Queen, published in 1885, Princess Helena, her sister, described her as ‘loving Daughter and Sister, the devoted Wife and Mother, and a perfect, true Woman’. In 1862 she married Louis IV, Grand Duke of Hesse.