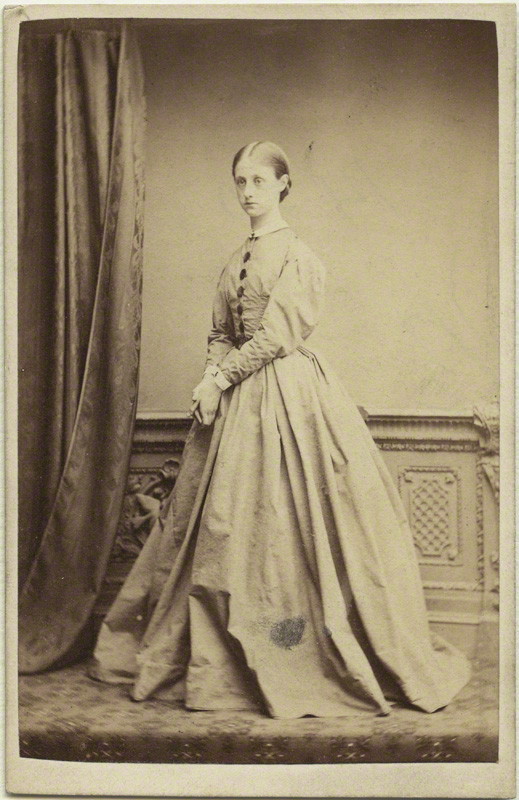 William Holman Hunt married twice. After a failed engagement to his model Annie Miller, he married Fanny Waugh (1833-1866), who later modelled for the figure of Isabella. When she died in childbirth in Italy he sculpted her tomb at Fiesole, having it brought down to the English Cemetery, beside the tomb of Elizabeth Barrett Browning. He had a close connection with St. Mark’s Church in Florence, and paid for the communion chalice inscribed in the memory of his wife. His second wife, Edith, was Fanny’s sister, and 13 years her junior. At this time it was illegal in Britain to marry one’s deceased wife’s sister, so Hunt was forced to travel abroad to marry her. This led to a serious breach with other family members, notably his former Pre-Raphaelite colleague Thomas Woolner, who had once been in love with Fanny and had married Alice, the third sister of Fanny and Edith.

I am inclined to believe this photo was taken around 1861 rather than 1866-67, the year in which her sister Fanny died. Would she not be dressed in mourning clothes? She looks more like a 16-year-old than a 21-year-old.