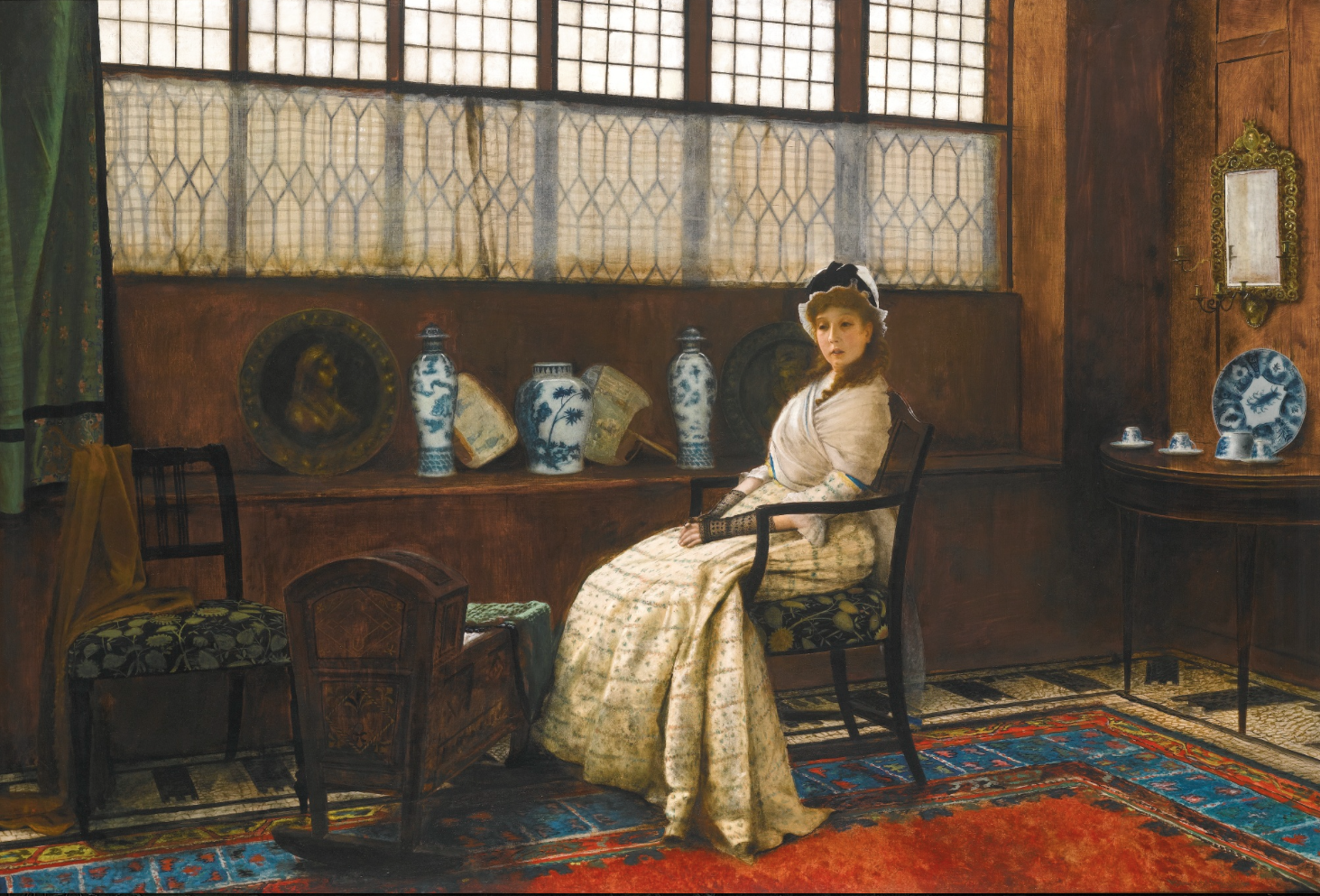 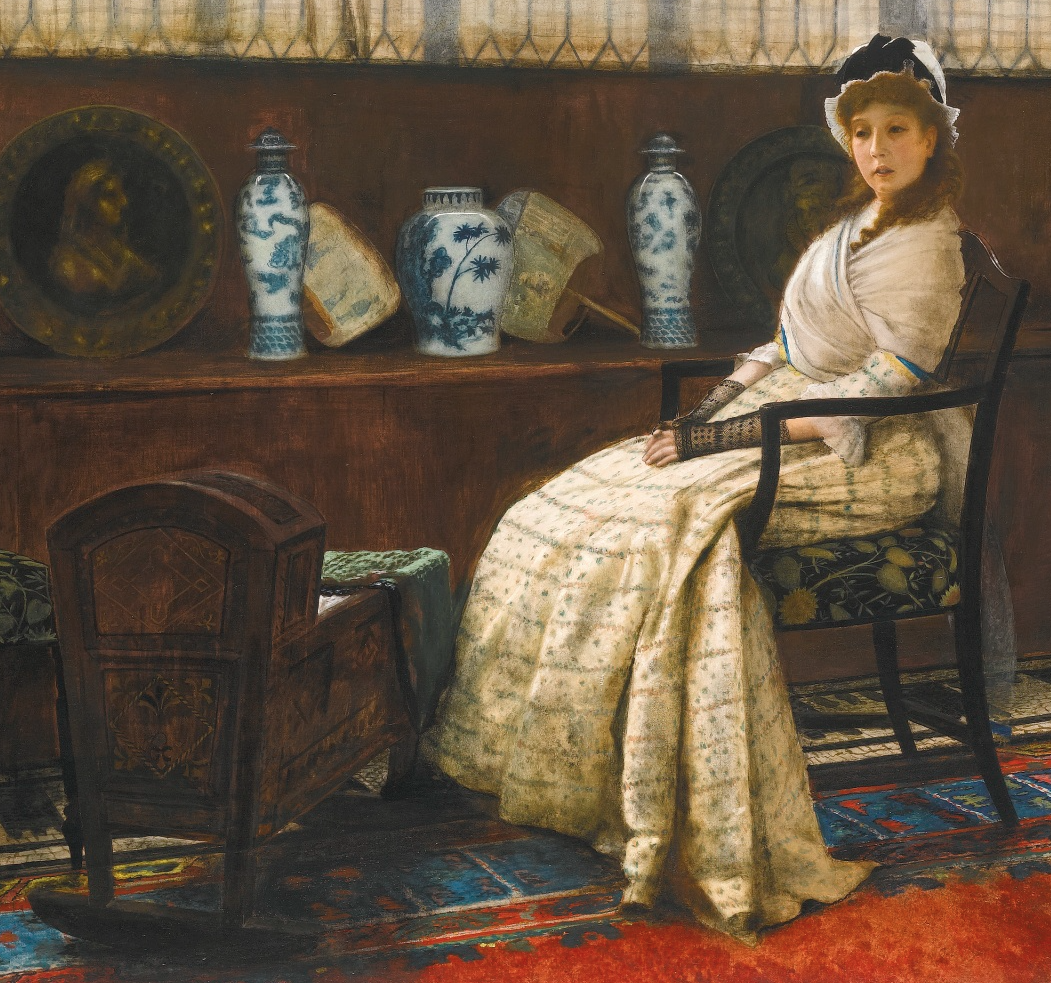 The Cradle Song depicts an interior at The Castle-by-the-Sea in Scarborough, rented by Grimshaw as a retreat for his expanding family from around 1875. Grimshaw made lavish improvements to the house in the fashionable Aesthetic taste, including panelling the walls of one of the rooms, presumably the one here depicted. The monochrome floor-cloth painted to simulate mosaic is overlaid with a Persian carpet and there is an eclectic contrast of oriental porcelain, Georgian furniture and renaissance metal-work. As Edwina Ehrman has noted: ‘In the 1870s the artist’s house was not just an expression of material success. It was also seen as a measure of the owner’s aesthetic sensibility and artistic credentials.’ (Atkinson Grimshaw – Painter of Moonlight, 2012, p.99)In the 1870s Grimshaw painted a handful of interior paintings, The Cradle Song being one of the largest, twice the size as the otherwise comparable The Chorale of the same year. Both pictures depict the large metal chargers, Chinese painted fans, blue-and-white vases and plate and the Persian carpet. The antique carved cradle in The Cradle Song was probably the one in which Grimshaw’s children were rocked to sleep; his daughter Elaine was born in 1877 and would have been in her infancy when her father began to paint the picture. The title of the painting is taken from William Blake‘s poem. A smaller version of The Cradle Song is dated 1877 (Christie’s, 2 July 1971, lot 140 measuring 11 by 20 inches).

The model for The Cradle Song was Miss Agnes Leefe, a former actress from the Leeds Grand Theatre who joined the Grimshaw household around 1879 when she became governess to the children. She soon became Grimshaw’s model and perhaps also his studio assistant but her life was cut short when she died in 1890 at Knostrop Hall, nursed by Mrs Theodosia Grimshaw.