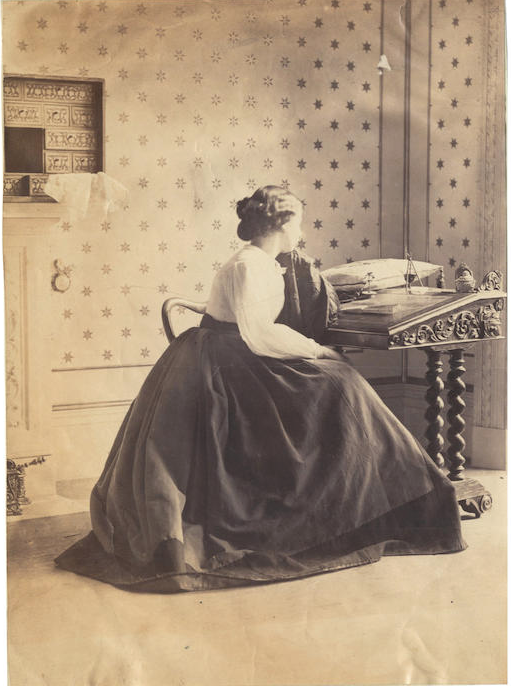 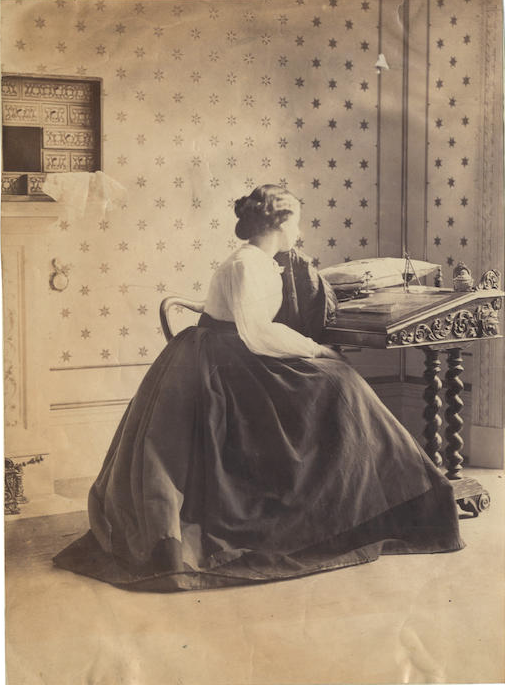 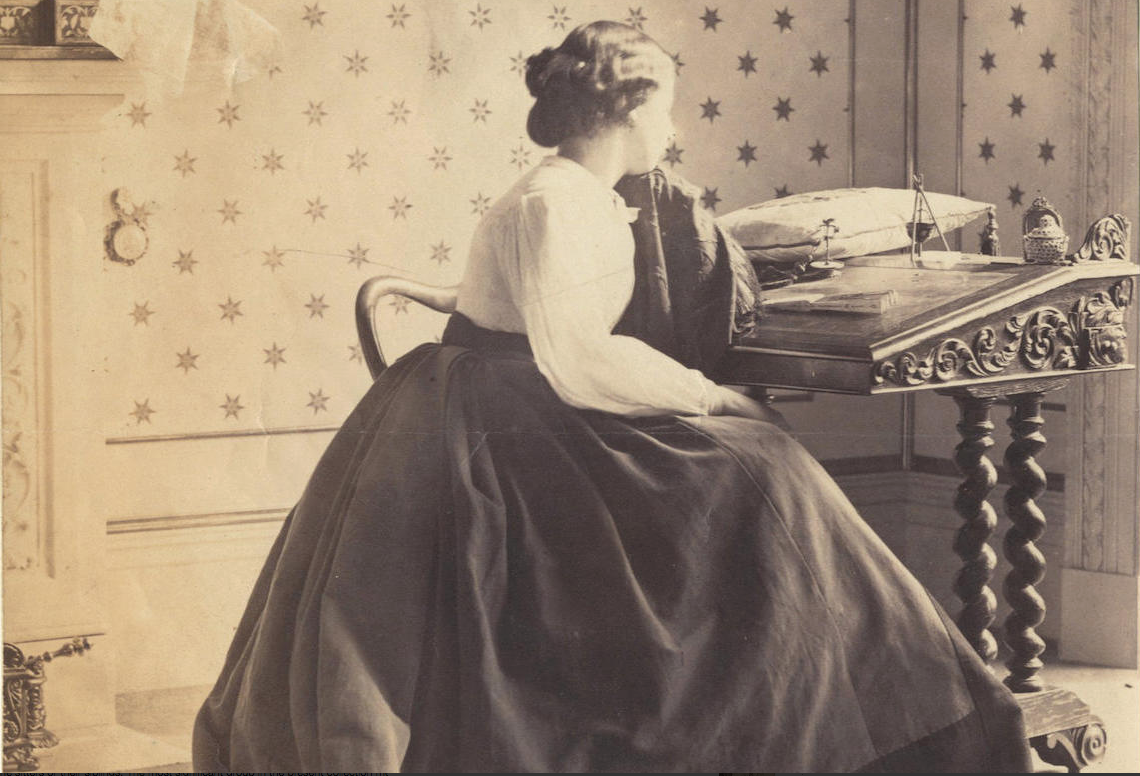 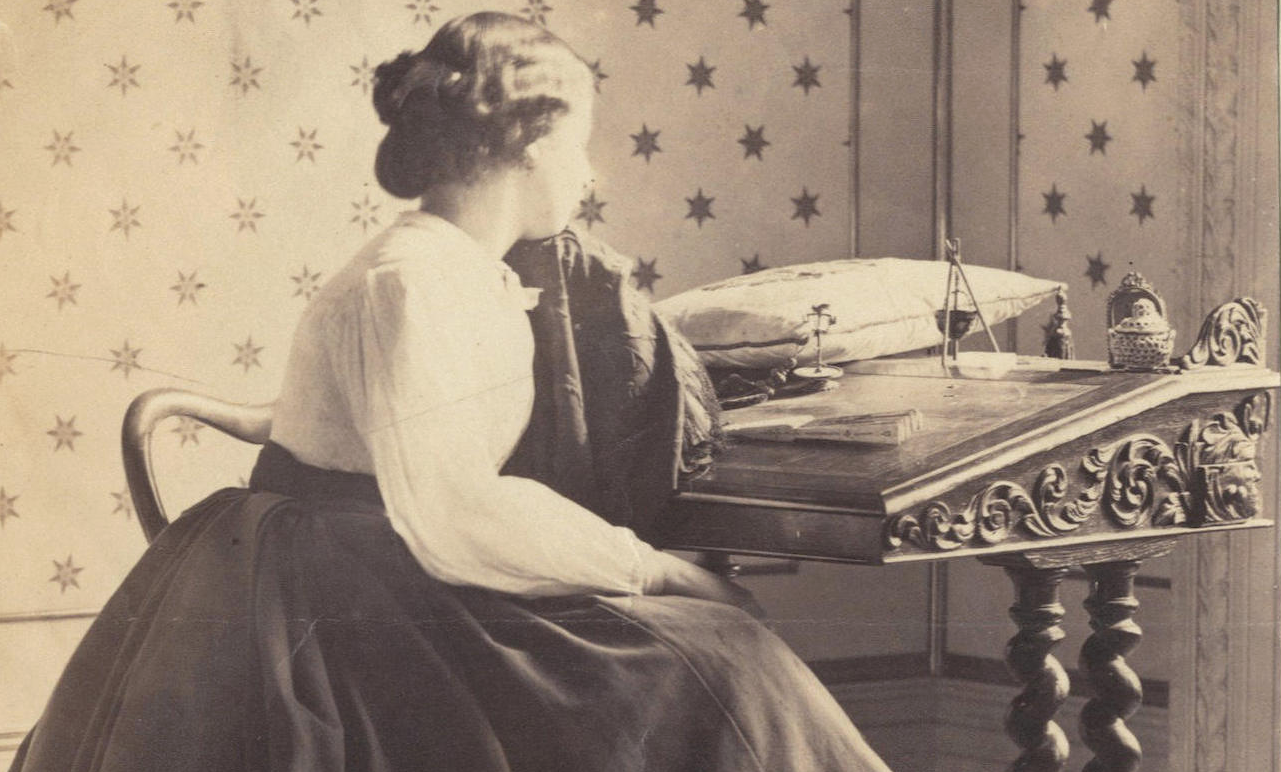 Clementina Maude wearing a full dark skirt (seemingly lengthened by the addition of a wide strip to the original hem, with the plumed tricorn hat, seated at a gothic-style desk on which rests a fan, a cushion and other small objects, the sitter identified in pencil on verso of image with the number ‘9’.

Florence Maude wearing the full dark skirt described above, seated (right-profile) at the gothic-style desk on which are arranged a fan, a cushion and other small objects;  laid on leaf now trimmed to image size, the sitter identified in pencil on the verso with number ‘4’