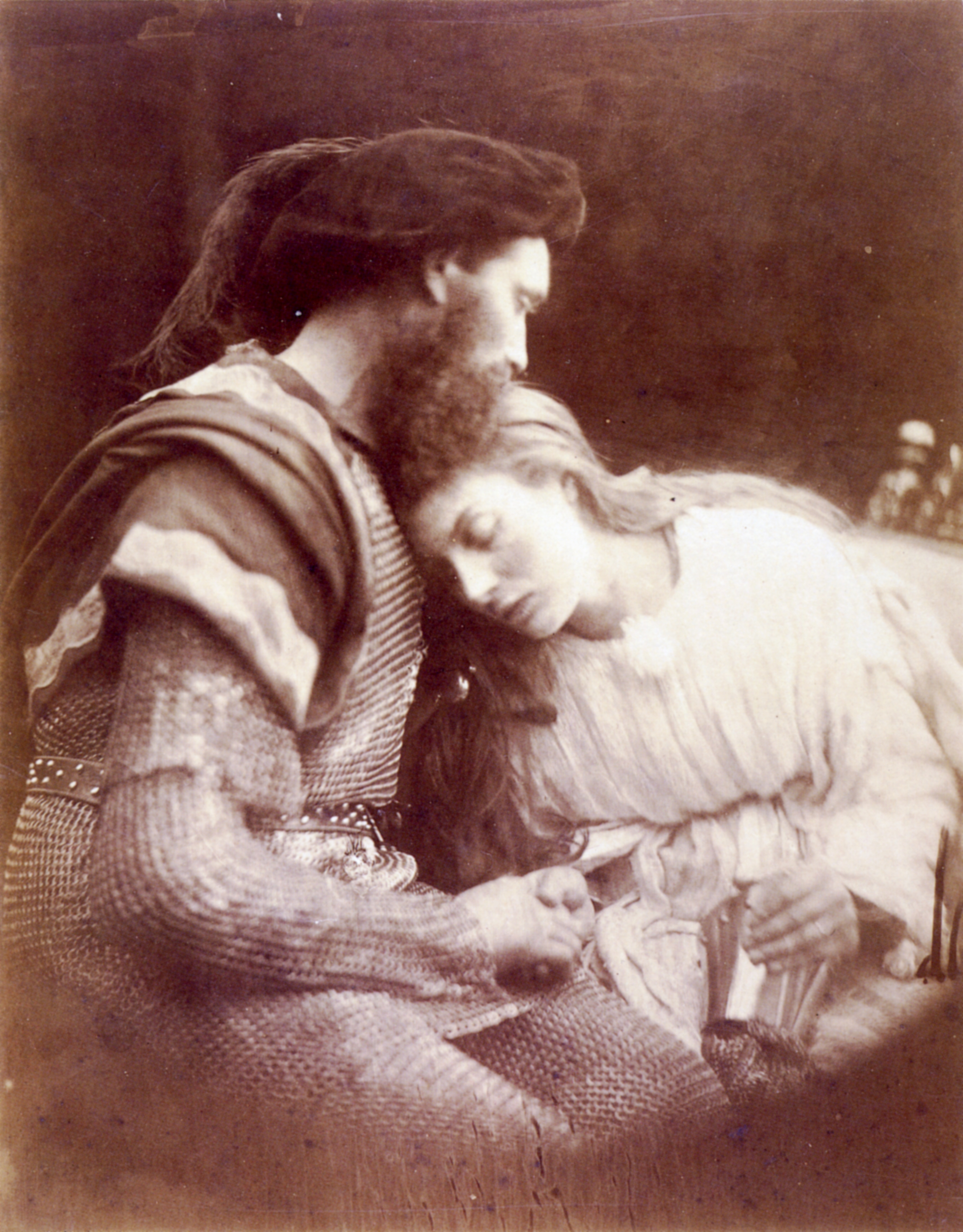 May Prinsep & Andrew Kinsman Hichens in “The Parting of Sir Lancelot and Queen Guinevere” by Julia Margaret Cameron, 1874

Illustration to Tennyson’s Idylls of the King and Other Poems. The sitters are husband and wife May and Andrew Hichens. She was 21 years old on the photo. They got married in the year that this picture was taken. There is a similar image of husband and wife, from the same year, also by Julia Margaret Cameron, see my other post here.

Mary Emily Prinsep was born in Calcutta 1853 and died in London 1936. After the death of her parents, May lived with her Uncle Thoby and Aunt Sara at Little Holland House and Freshwater, before moving to London after her marriage in 1874 to Andrew Hichens. The couple moved to Monkhatch near Guildford, in Surrey. In 1890 Hichens built a second house in the area and rented it to Watts and his wife Mary, who also posed for Cameron. On July 27, 1918, after Hichens’s death earlier that year, May married Hallam Tennyson, first born son of the Poet Laureate Alfred Tennyson. They lived at Farringford, the Tennyson estate on the Isle of Wight. May died on July 20, 1931.

May features in many portraits by Julia Margaret Cameron, Val Prinsep and Frederick Leighton.