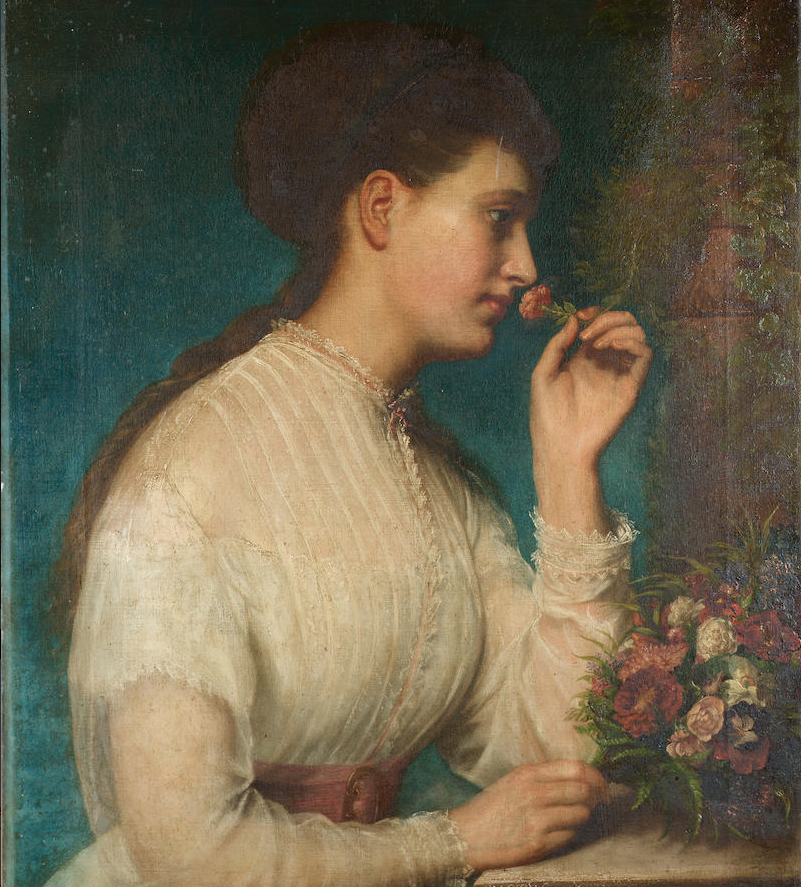 May Prinsep by Valentine Cameron Prinsep, 1868

The sitter in the present lot is Mary Emily Prinsep known as ‘May’ (1853-1931), who was a cousin of the artist. May was the daughter of Charles Robert Prinsep, Advocate-General of Calcutta, and the niece of Henry Thoby Prinsep, who was the owner of Little Holland House, where George Frederic Watts lived for 24 years. Thoby was also the father to Val Prinsep (his second son), and adopted May upon her father’s death, when she was eleven.

Interestingly, the Watts Gallery collection contains two portraits of May Princep, both of which depict the sitter in her early teens; the first, an oil portrait by Watts, was painted between 1867 and 1869, while the second is another depiction of May by Valentine Prinsep himself, painted in bodycolour (undated). The hair line, the forehead, the chin, cheek and ear seem to be virtually identical. Mary Seton Watts commented that at Little Holland House, May ‘often sat to Mr Watts and her cousin Val Prinsep, her Aunt refusing this to all other artists’. The collection also contains an oil portrait of May’s daughter, Nancy Hitchens, painted by Val Prinsep in the 1880s.

The painting might have inspired Julia Margaret Cameron in one of her photographs, see image below from 1870 (Dimbola Lodge Museum, Isle of Wight): 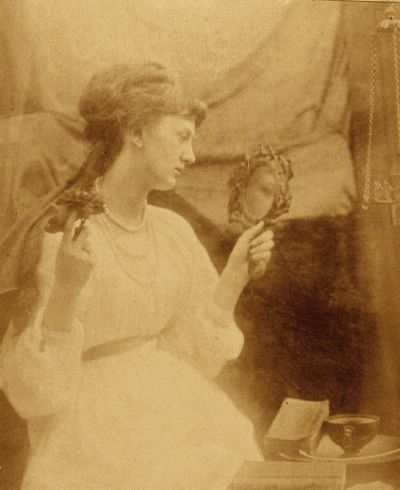