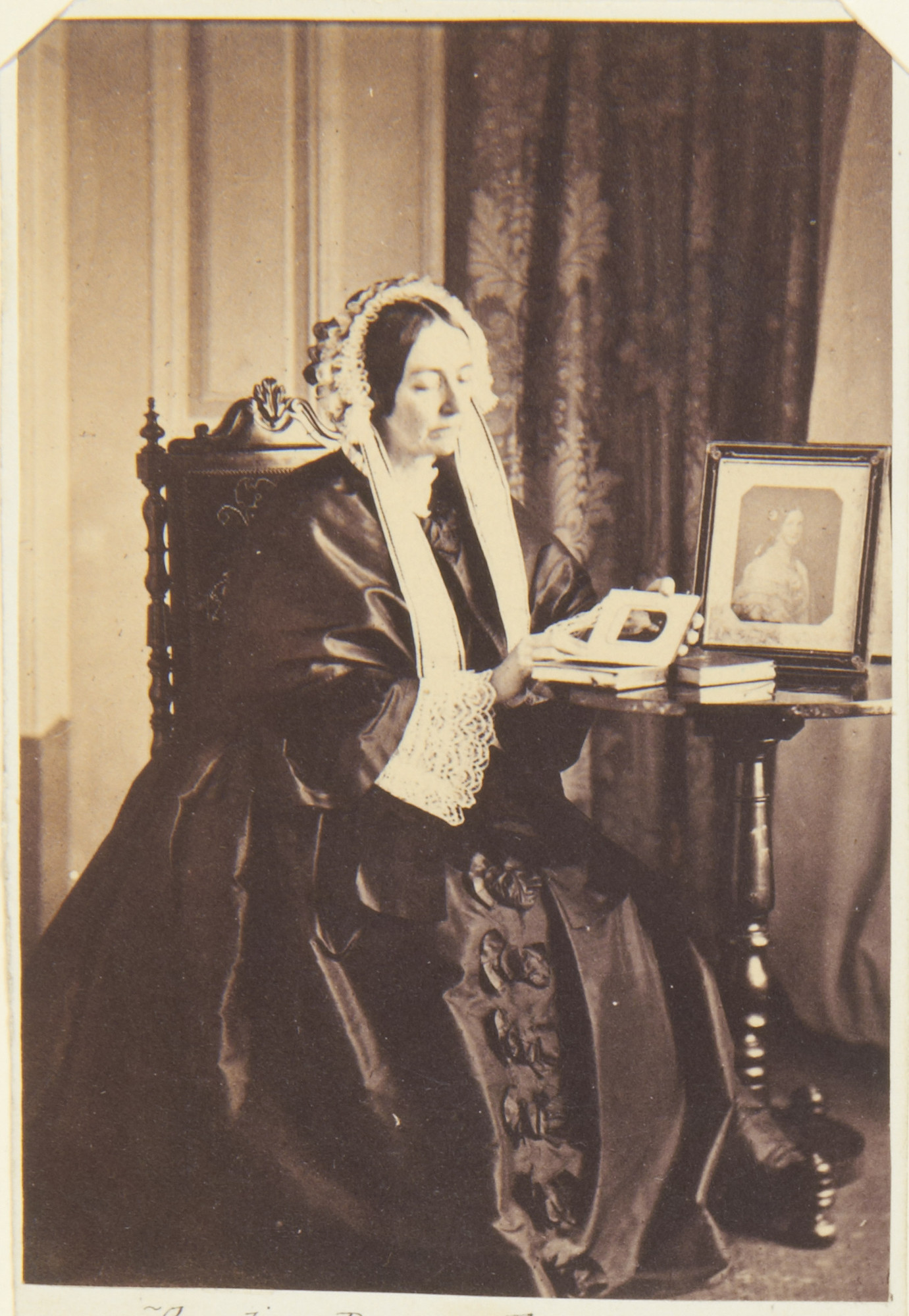 Amélia, Duchess of Braganza and Dowager Empress of Brazil (31 July 1812 – 26 January 1873), seated and looking at a photograph album, open on a table. The table also holds a framed photograph.

Amélie’s mother was the daughter of King Maximilian I Joseph of Bavaria and his first consort, Landgravine Augusta Wilhelmine of Hesse-Darmstadt. Among Amélie’s siblings were Josephine of Leuchtenberg, queen consort of King Oscar I of Sweden, and Auguste de Beauharnais, 2nd Duke of Leuchtenberg, prince consort of Queen Maria II of Portugal (stepdaughter of Amélie). Napoleon III was Amélie’s first cousin.

After the defeat of Napoleon Bonaparte in 1814, Eugène de Beauharnais, having been granted the title Duke of Leuchtenberg by his father-in-law, settled in Munich. The possibility occurred to Amé mother, Augusta, of marrying Amélie to the Emperor of Brazil, to guarantee the pretensions of the House of Leuchtenberg to royal status. 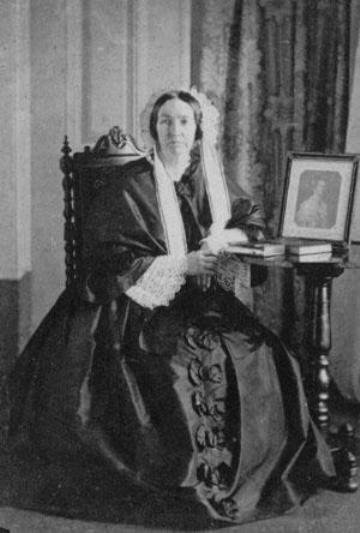