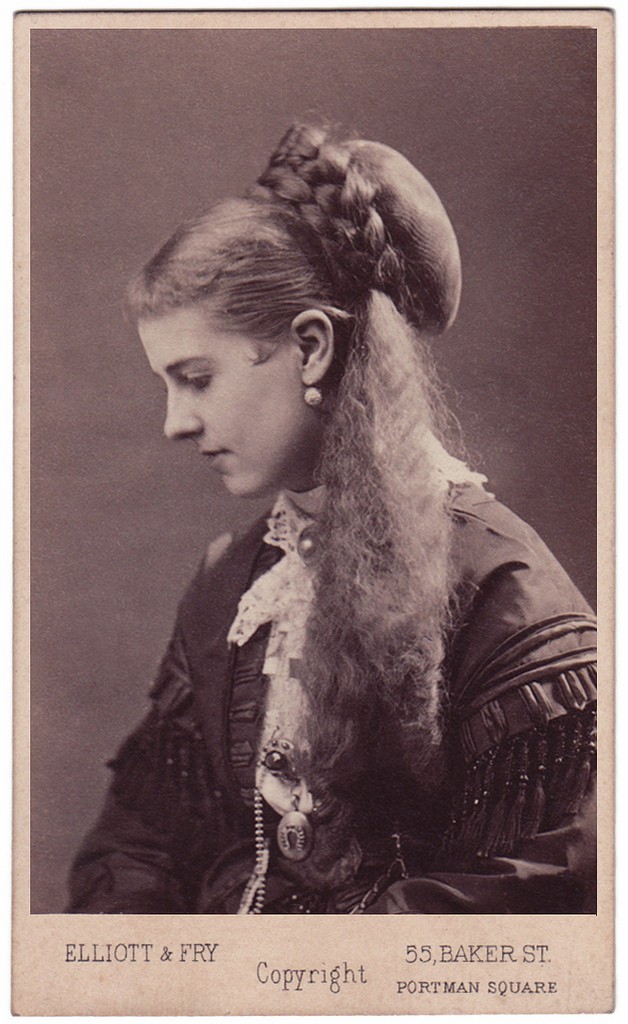 In 1870 the American journalist Joseph Daniel Kirwan published his reminiscences of London in the 1860s, Palace and Hovel. Of Mabel Grey he wrote: ‘She rides every day in Rotten Row, the famous ride and fashionable drive in Hyde Park, and her skirts often touch the garments of the Princess of Wales as they pass each other in the crowded Row’. He also mentioned the photographic portraits of Mabel Grey that were widely available for public consumption: ‘In every shop window the features of Mabel Grey are flaunted at one along with the portraits of Nillson [sic], Patti, the Queen, the Princess of Wales, and other virtuous and good women’
.
Mabel Grey was a beautiful and notorious demimondaine in London in the 1860s and 1870s. Her real name was Annie King and she began as a shop girl in Regent Street. Grey frequented the theater, where she received her courtiers, in elegant and costly clothes with some of the best diamonds in London. She was actually not an actress, but was one of the most photographed women in England. Grey died in childbirth in Brussels.