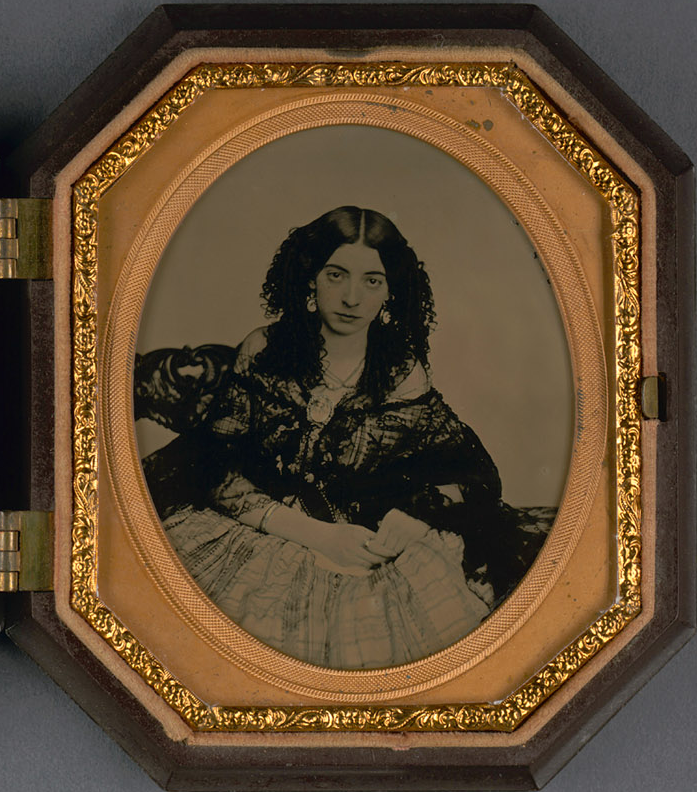 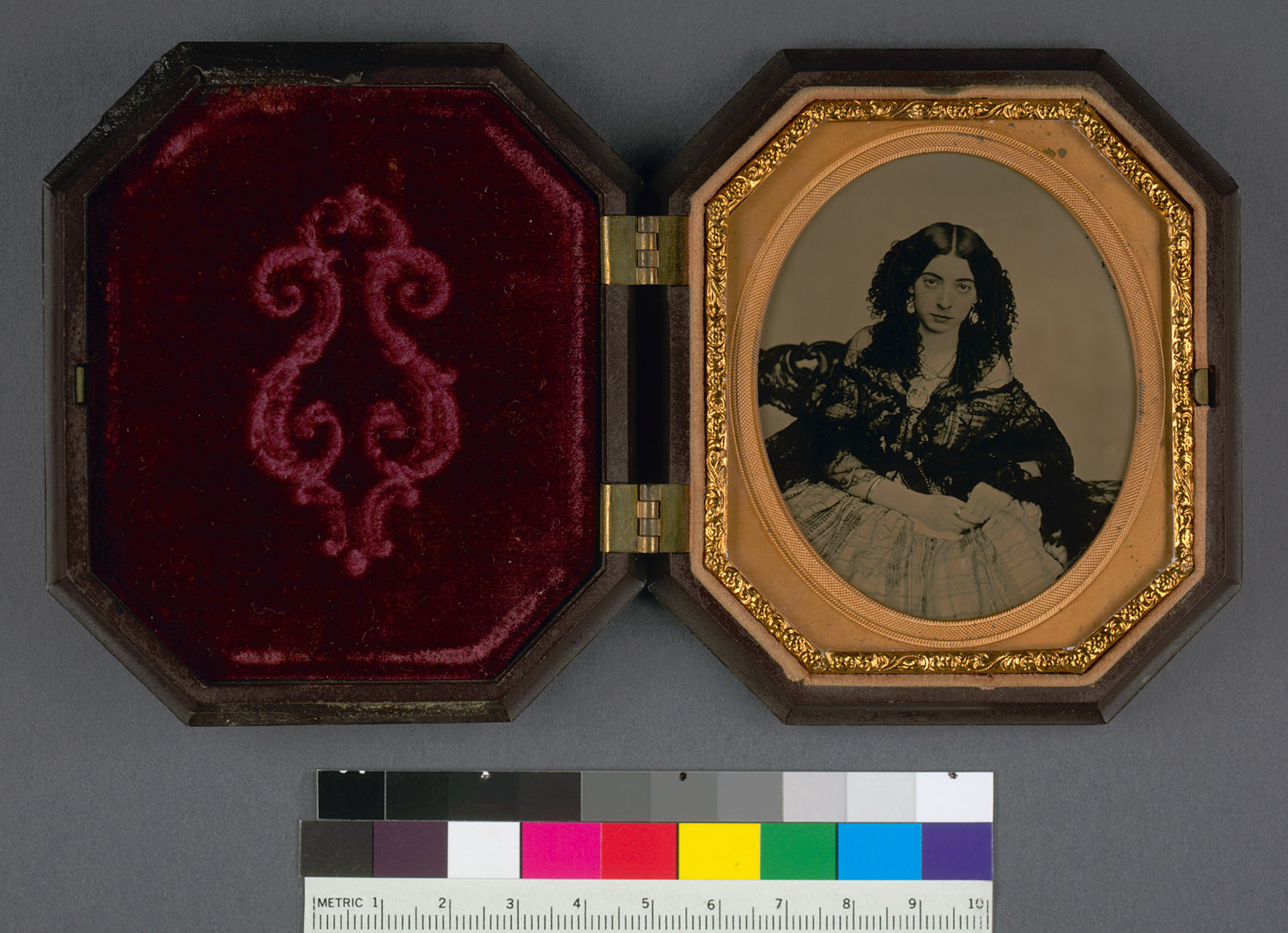 Seated, wearing dark lace shawl and matching earrings and brooch. Identification of subject has been questioned. Comparison to known Montez portraits is inconclusive, but a resemblance is clear.
.
Born Marie Gilbert in Ireland in 1818 (some sources giving her name as Eliza Gilbert or Maria Dolores Eliza Rosanna Gilbert), Lola Montez became famous as a dancer and a lover of numerous famous men, including King Ludwig I of Bavaria. She was also known by the title Countess of Landsfeld. Montez came to San Francisco in 1853 and settled for some time in Grass Valley. She performed her famous “spider dance” in the gold mining camps of California, and her final San Francisco appearance was in 1856. She died in New York at age 42.
.
Modern photographic historians have cast doubt about the identification of this ambrotype. Is it indeed a portrait of Lola Montez, née Marie Gilbert, born in Limerick, Ireland? Montez (1818-1861) began her dancing career in 1843, and though married to a young English army officer stationed in India, her extra-marital (she never divorced) love life was immense and extremely varied. She reportedly had love affairs with Franz Liszt and Alexander Dumas before becoming the mistress of Ludwig I of Bavaria. After being exiled from Bavaria when Ludwig fell out of favor of the ruling party, she travelled to New York in 1851 and eventually arrived in San Francisco and the gold fields, where she mesmerized and titillated audiences with her “spider dance.” After her dancing career came to a close, she travelled throughout the United States and England on a lecture circuit, and died in 1861 at age 42.