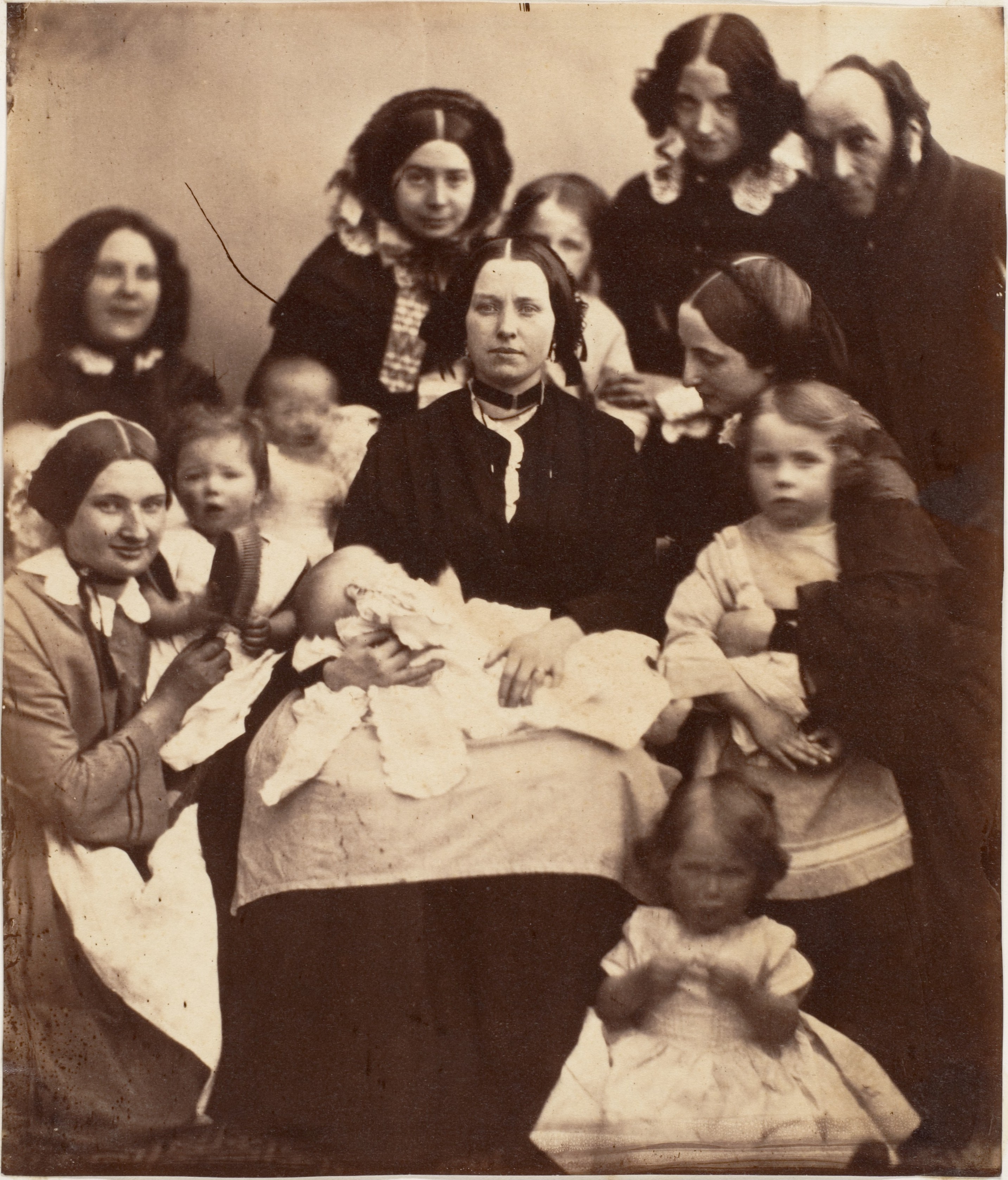 In 1853 Edmund Hodgson Yates (1831-1894), a pugnacious society journalist and satirical playwright, married Louisa Wilkinson, and the couple had four sons in as many years. Edmund was a son of traveling actors, Louisa the daughter of a Pall Mall swordmaker, but the leading lights of literary, journalistic, dramatic, and bohemian London all rubbed elbows in the Yateses’ lively and informal household. Their friends included the young Reverend Charles Lutwidge Dodgson, whose humorous writings Yates was the first to publish under the pen name Yates himself chose: Lewis Carroll.

In its first decade, photography had been a leisure activity for those few who had the ample time, money, and scientific knowledge that the intricate process demanded. But in the 1850s developments in technology and marketing opened the medium to a wider social range of amateurs, who brought a spontaneity to it that later generations have taken for granted. Ten years earlier, this picture full of exuberant expressions and accidental gestures would have been both technically impossible and aesthetically unthinkable.