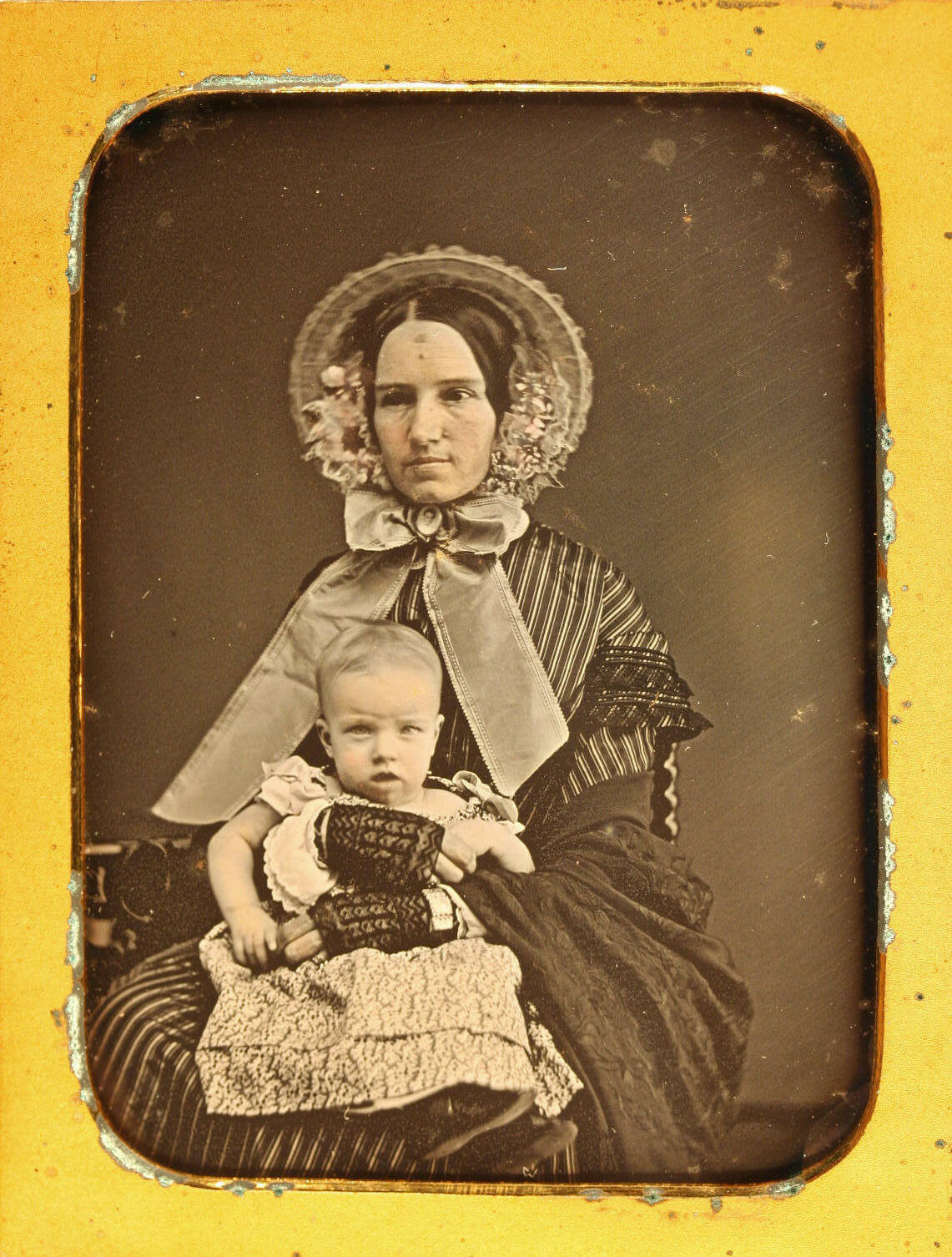 The Daguerreotype is housed in a double-clasped leather case with the “Wolfert’s Roost” motif. The image is no longer sealed, and the case is separated at the hinge. The interior maroon velvet bears the imprint of Knapp Artist, the Alhambra, 559 Broadway (New York City, NY). According to CDR, William R. Knapp opened a gallery at this address in October, 1851, and operated there through most of 1855.

Somehow this melancholic woman reminds me of Ada, the main character from Jane Campion‘s movie The Piano…