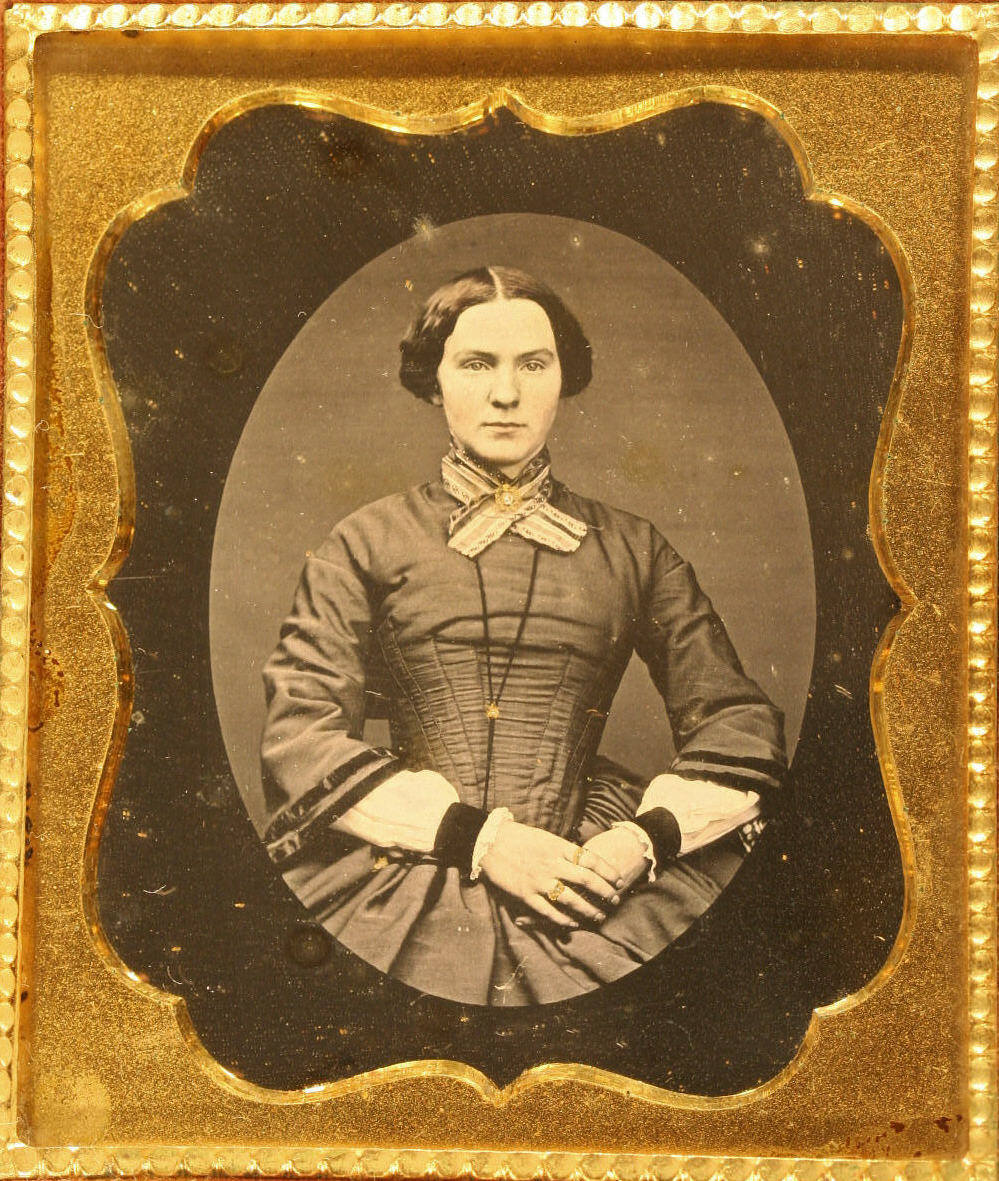 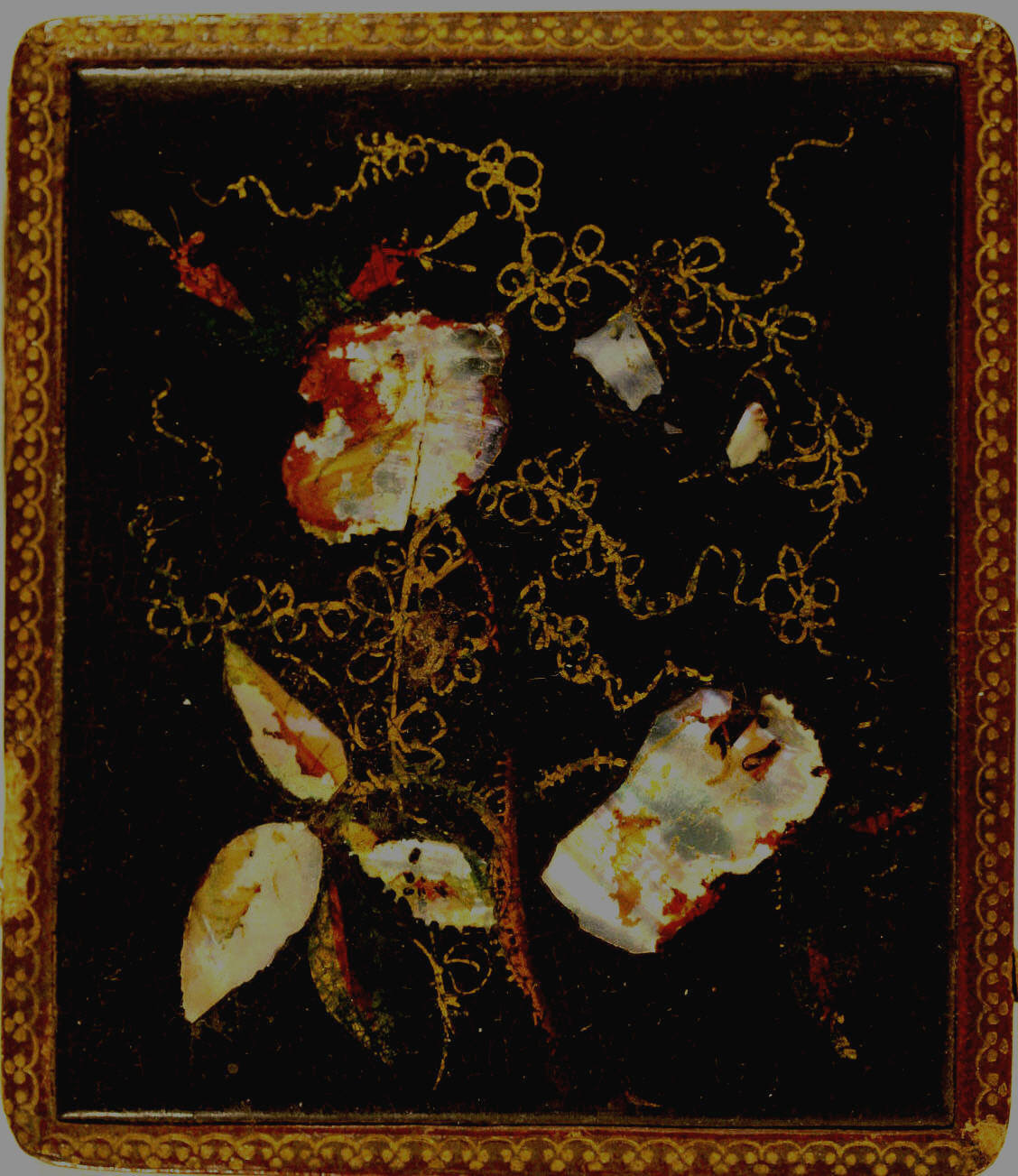 A very nice sixth-plate daguerreotype portrait of a woman, in a leather case with inlaid mother of pearl chips. The image is vignetted, but it is not immediately indetifiable as to whose vignetting style it is. The vignette may have been created during development, as there is a sharp delineation between the “oval” image and the rest of the plate. The image is still originally sealed, and any “spots” appear to be on the underside of the cover glass. The image is presented in a leather/wood case with an nicely inset lacquered mother of pearl cover. The underlying material appears to be closer to leather than to the paper machie of the usual mother of pearl case. It probably approximates what Berg refers to as “Wood with Hand Painting”. One tiny “leaf” of mother pearl appears to be missing in the lower left, and some overpainting is worn off. The push button case is separated at the spine, and has a gold-embossed floral pattern on the reverse. Not only a nice example of this unusual vignette process, but also a rare and unusual application of the hand painting and mother of pearl to a case.