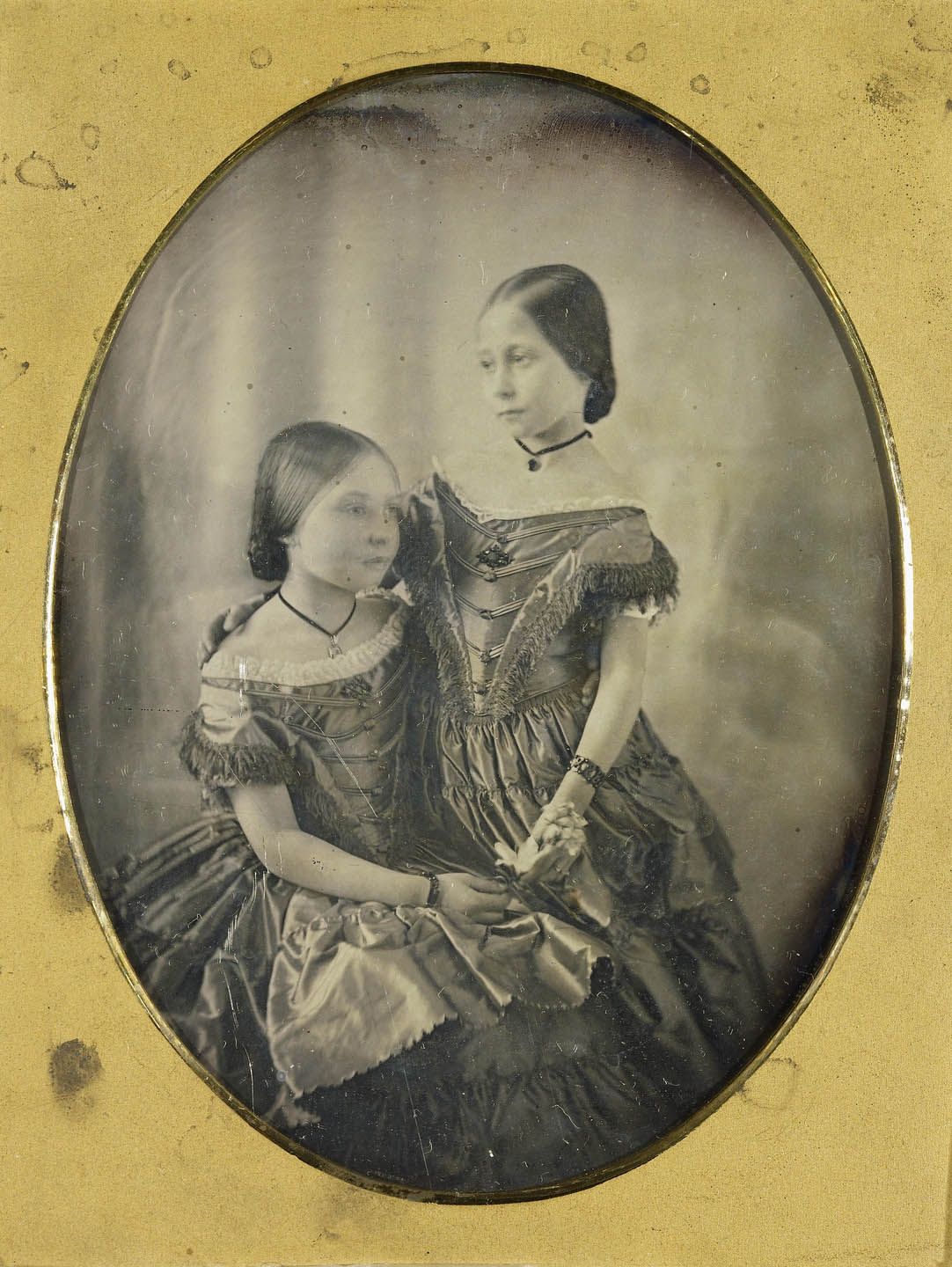 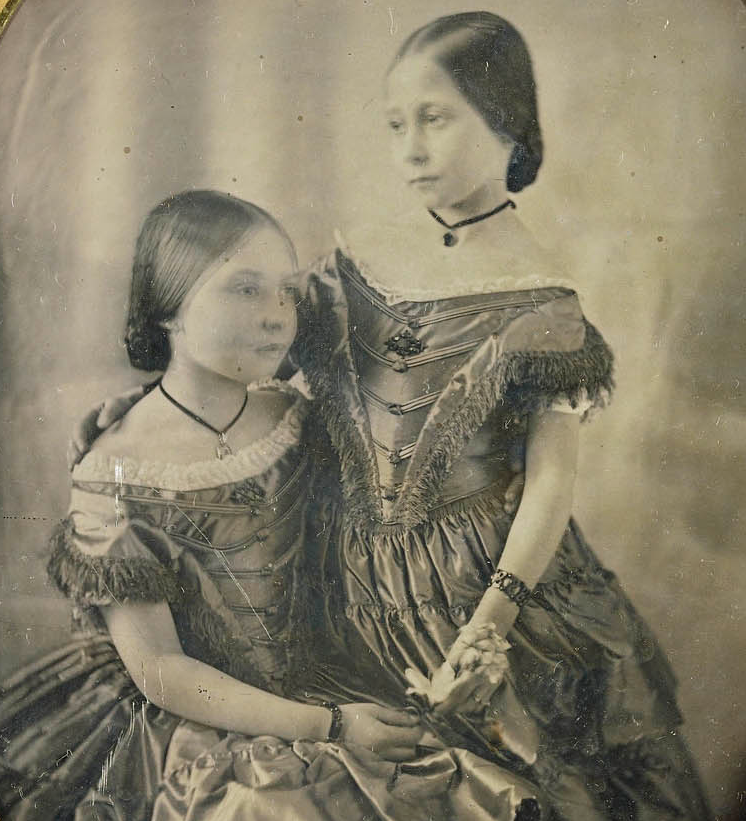 Brunell was invited to Windsor Castle at the beginning of 1852 to photograph the royal family. He spent almost three weeks making portraits of the royal children, creating at least six images. These include this portrait of Princess Victoria and Princess Alice, one of the Prince of Wales and Prince Alfred, two of Princess Helena and one of Princess Louise. This photograph was probably taken on the 21st of January, when Queen Victoria recorded in her journal that ‘two more daguerreotypes were taken of me & the 2 little girls, very successfully’.

See my other post here with a dress worn by the Princess Royal in 1850.