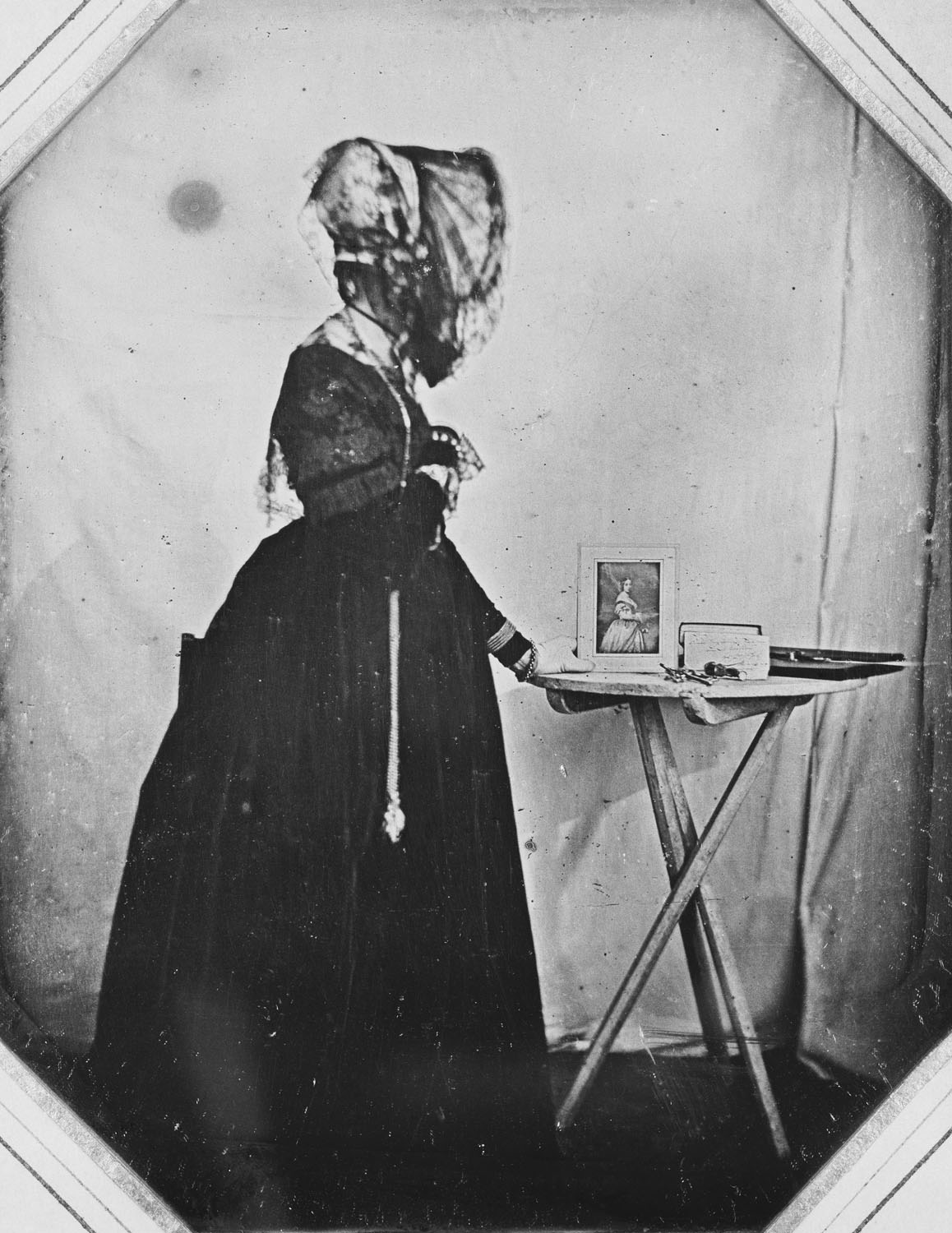 Daguerreotype of Baroness Lehzen(1784-1870) standing facing right with her right hand lifted up to her chest and her left hand resting on the small table beside her. On the table there are a number of objects including a picture of Queen Victoria in a frame and a bunch of keys. She is wearing a long dark dress and a bonnet. The daguerreotype is mounted under glass and captioned on the reverse of the mount in Queen Victoria’s handwriting.

Baroness Lehzen was the governess and later confidante of Queen Victoria. During the early years of Queen Victoria’s reign she held a prominent position in her household, sleeping in an adjacent room to the Queen and carrying the household keys as a sign of her position. She left court in 1842 and spent the later part of her life in her native Germany, continuing to correspond with Queen Victoria until her death in 1870.

Via: the Royal Collection