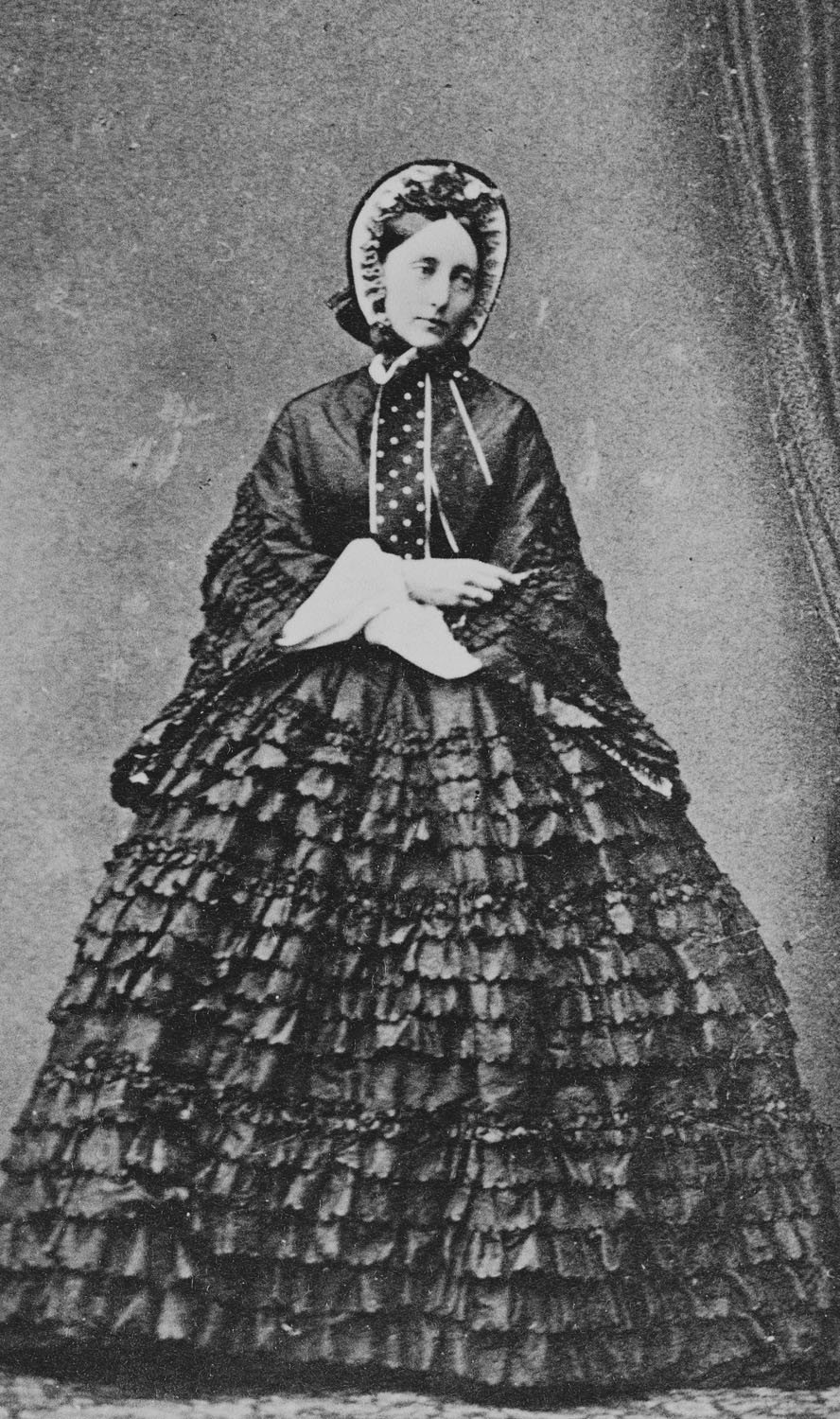 Olga, Crown Princess of Würtemberg, sister of the Emperor of Russia, 1863

Attractive, cultured and intelligent, she was considered to be one of the most eligible princesses in Europe. She spoke several languages, and was fond of music and painting.

Olga gave her consent to Charles’ proposal of marriage after only a few meetings, on 18 January. The wedding was held in great splendor on 13 July 1846 at the Peterhof Palace, Russia. The couple came back from Russia to Württemberg on 23 September. They lived mostly in the Villa Berg in Stuttgart and in the Kloster Hofen in Friedrichshafen.

The couple had no children, probably because of Charles’ homosexuality. Olga’s husband became the object of scandal several times for his closeness with various men. The most notorious of these was the American Charles Woodcock, a former chamberlain whom Charles elevated to Baron Savage in 1888. The resulting outcry forced Charles to renounce his favourite. In 1863, Olga and Charles adopted Olga’s niece, Grand Duchess Vera of Russia, the daughter of Olga’s brother Grand Duke Constantine.

On 25 June 1864, after the death of his father, Charles acceded the throne and became the third king of Württemberg, making Olga the fourth queen of Württemberg. The new king was enthroned on 12 July 1864.

Olga was noted for her dignity and queenly demeanor. On a visit by the royal couple to Austria in July, 1873, a lady-in-waiting to Empress Elisabeth of Austria noted, “He is most insignificant. She makes a most imposing appearance … the only one who is a queen …”

In 1881, Olga wrote a memoir called Traum der Jugend goldener Stern (translated as The Golden Dream of My Youth) which described her childhood in the Russian court, her grief at the loss of her sister Alexandra, and her early adult life, ending with her wedding to Charles. It is dedicated to her nieces Grand Duchess Olga of Russia and Grand Duchess Vera of Russia.

When her husband died on 6 October 1891, Olga became Queen Dowager of Württemberg. She died one year later, on 30 October 1892 in Friedrichshafen, at 70. She was buried in the crypt of the Old Castle in Stuttgart.