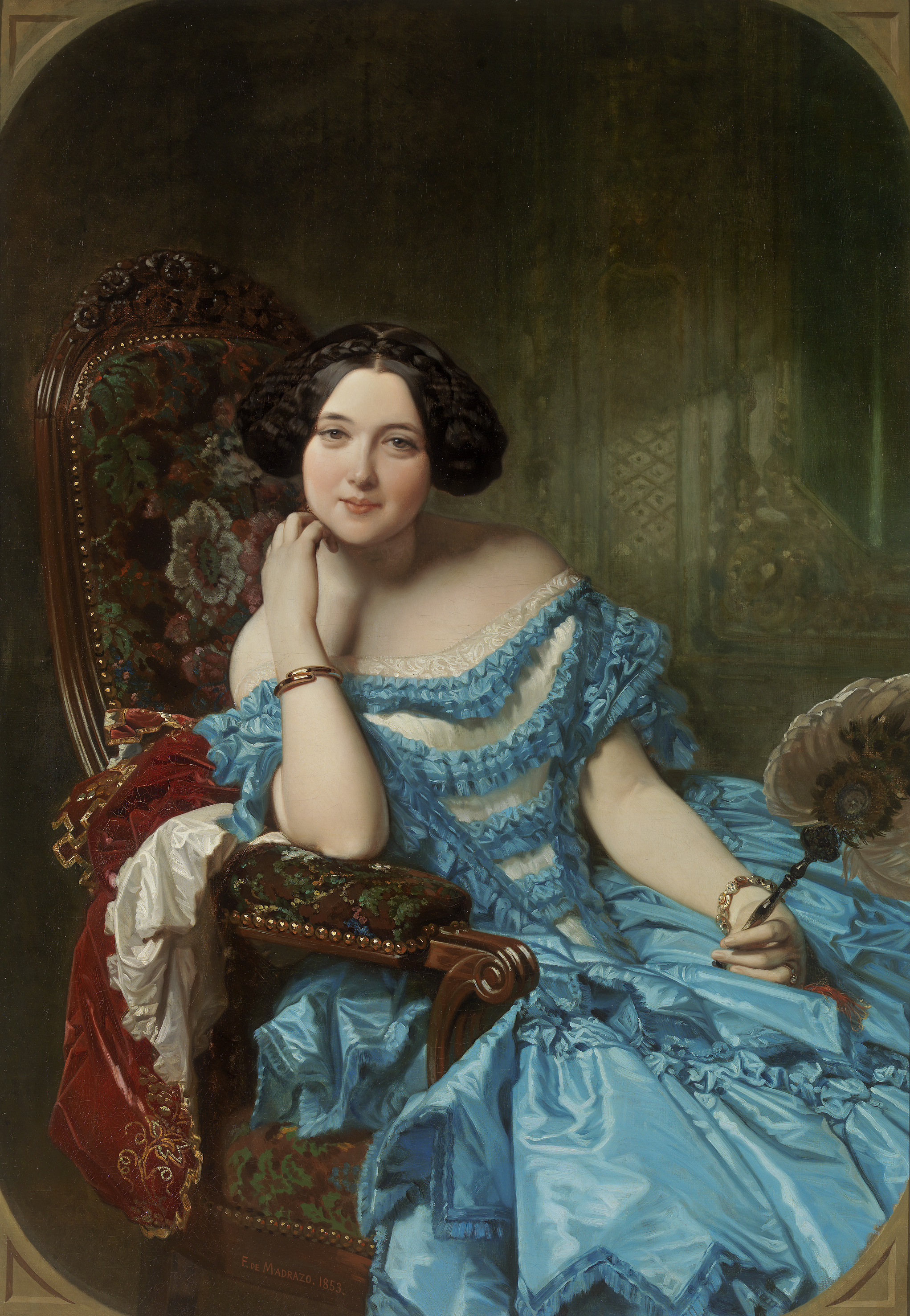 The sitter, a Monarchist writer, an excellent horsewoman and a friend of the artist, is seated in a fine armchair, her figure brightly lit in the shadowy room. This appealing portrait has a decidedly French air, and is clearly influenced by the work of Ingres; it is far removed from the austere restraint of Spanish tradition. Madrazo highlights the sitter’s youth -she was thirty-two at the time- and her beauty; her seductive gaze and the porcelain whiteness of her skin. The sensual effect is heightened by her clothes and her pose, head tipped slightly and resting on her right hand.