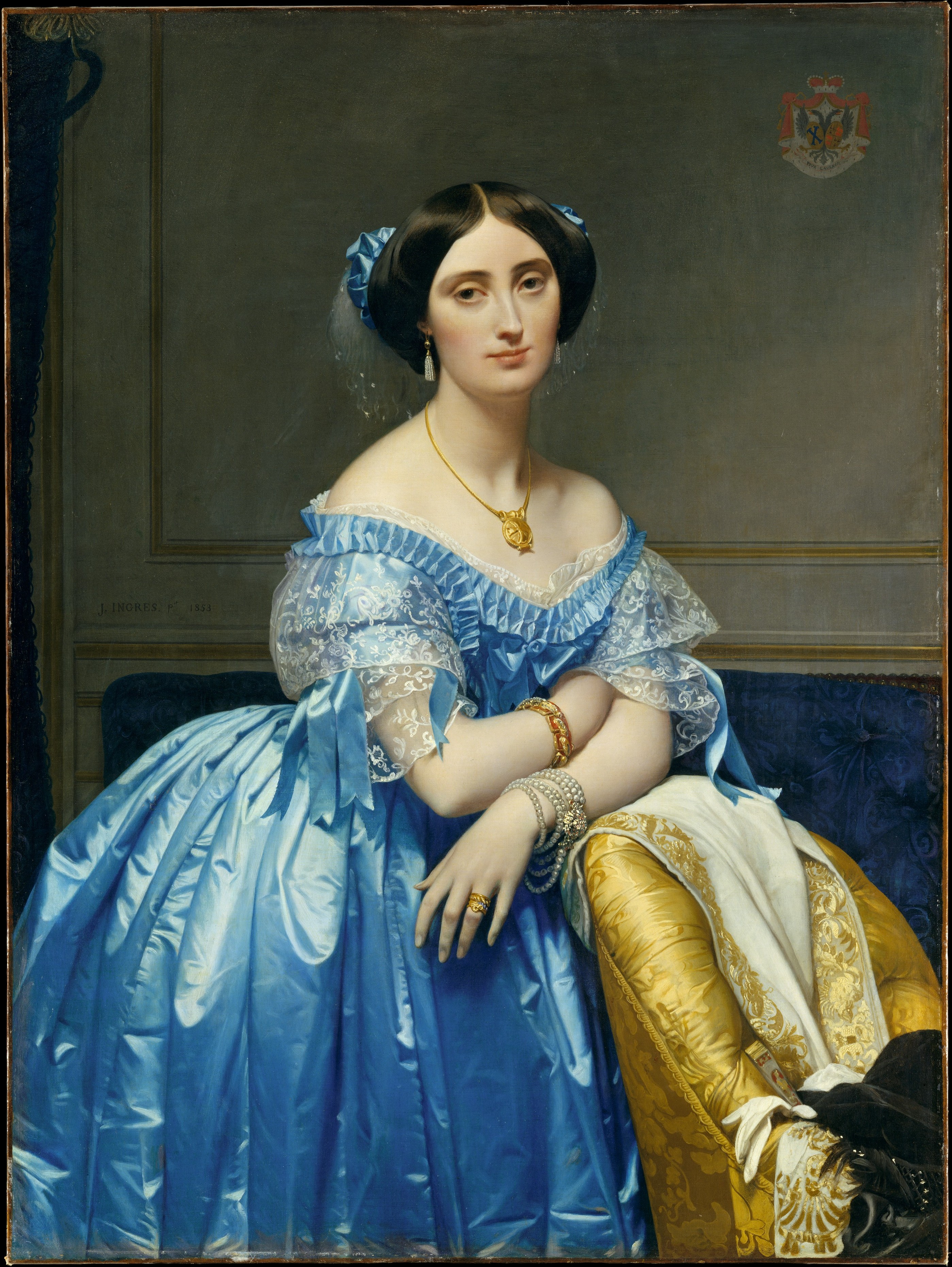 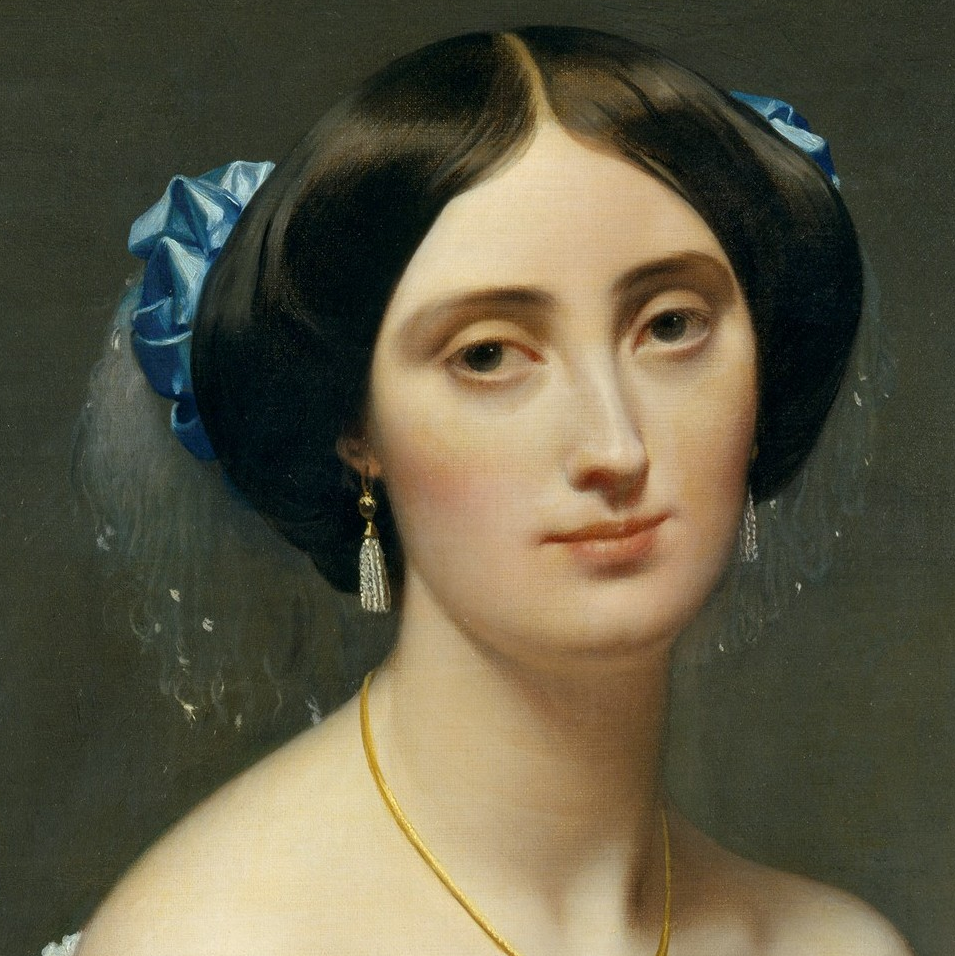 Although portraiture was a genre he increasingly came to dislike, Ingres depicted many of the leading personalities of his day. This splendid painting of Joséphine-Eléonore-Marie-Pauline de Galard de Brassace de Béarn, princesse de Broglie (1825–1860), is his last commissioned portrait of a female sitter. The princesse, a member of the most cultivated circles of the Second Empire, was renowned for her great beauty as well as her reserve, both qualities captured in this portrait. Ingres’s facility for brilliantly transcribing the material quality of objects is seen in the rich satin and lace of the sitter’s gown, the silk damask upholstery, and the richly embroidered evening scarf draped across the chair. 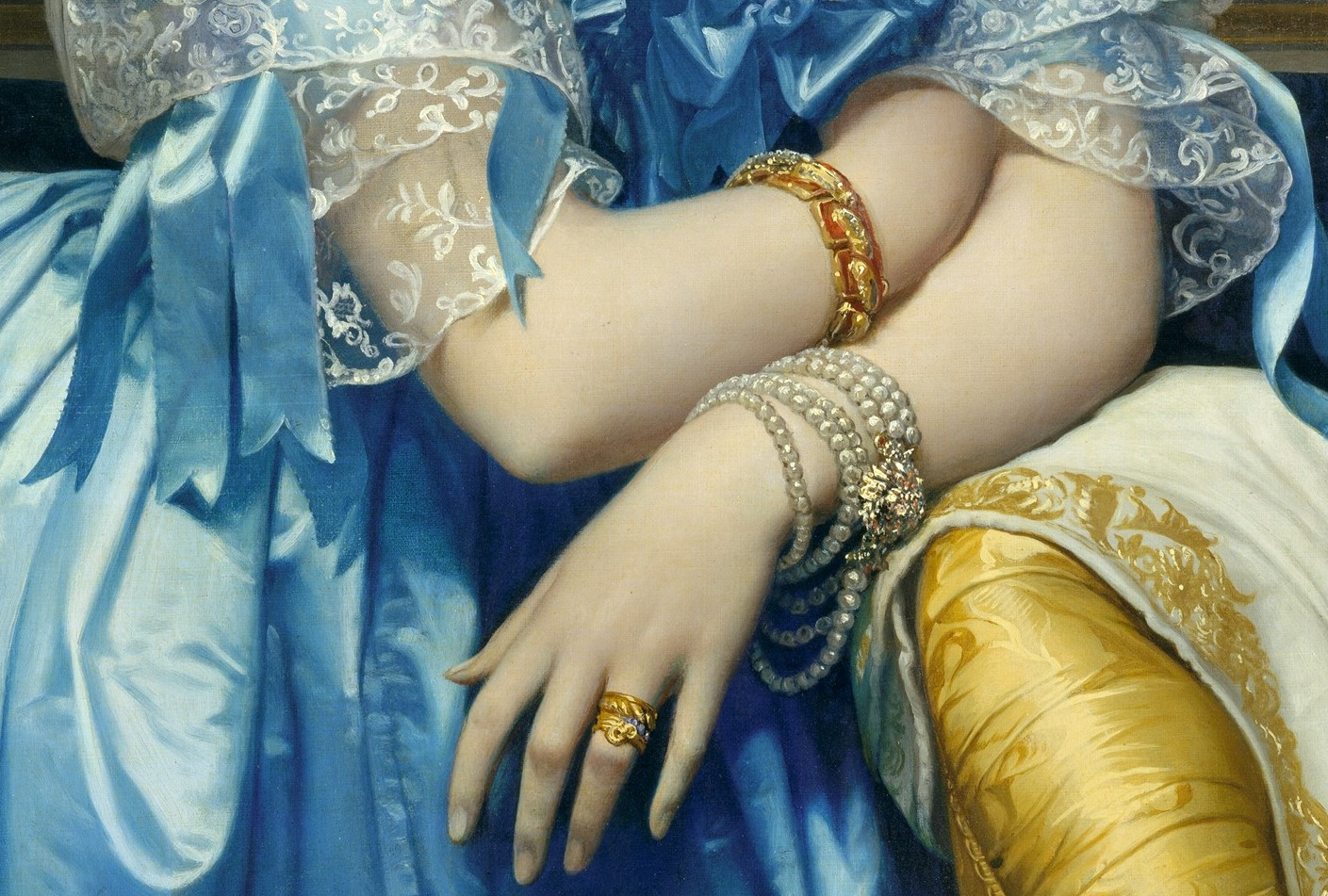 Also rendered in exquisite detail are the princesse’s sumptuous jewels, which include the fashionable antique-inspired pendant around her neck. 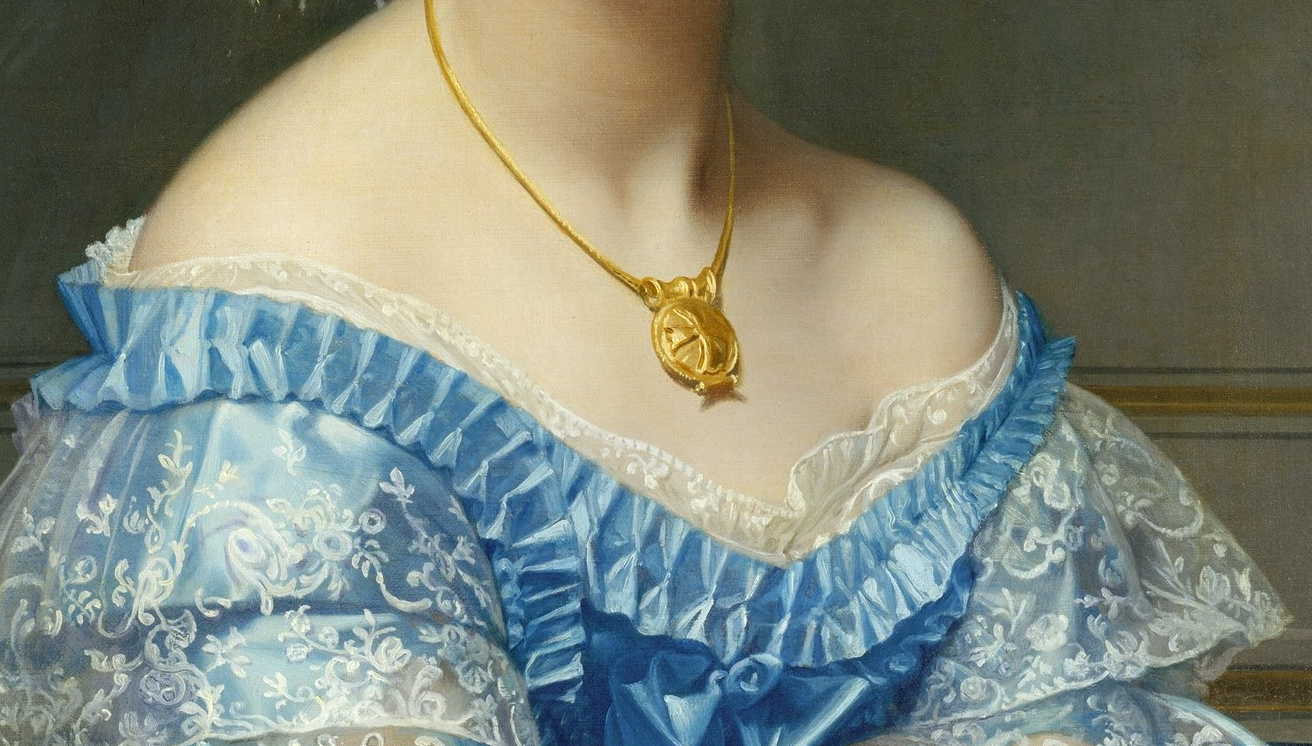 The Princesse de Broglie died of consumption at the age of thirty-five. Her bereaved husband kept this portrait behind draperies in perpetual tribute to her memory. It remained in the family until shortly before it was acquired by Robert Lehman and retains the original, ornately carved frame that Ingres himself selected. 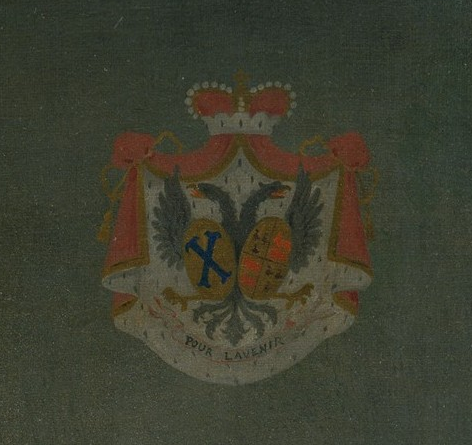 On 18 June 1845 she married Albert, 4th duc de Broglie, monarchist politician. They had the following children:

On this painting she was 28 years old, already mother of four children, and only seven years before her death.