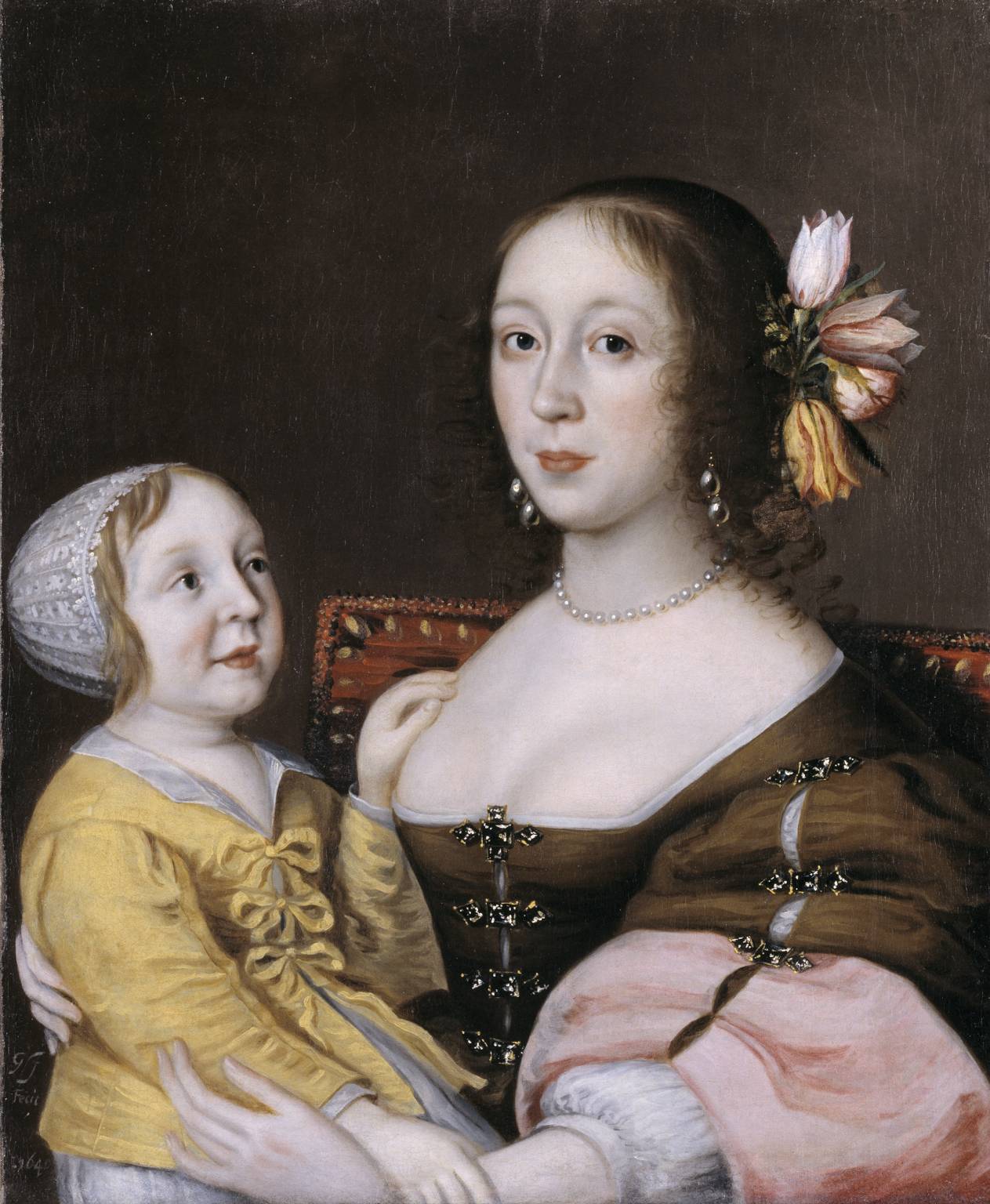 Gilbert Jackson was a member of the London Painter-Stainers guild but seems also to have worked in the regions, painting the portraits of country gentry and academics. Almost nothing is known about his life. His style, which seems to have changed little, was archaic for its time, particularly as his career largely spanned the period during which Sir Anthony van Dyck (1599-1641), in a more elevated arena, was transforming the portraiture of the English court. Slightly naïve in style, Jackson’s portraits are often unusually strong in their use of colour.

The present work is signed and dated 1640, lower left. (…) For many generations, the eldest sons in this branch of the Grenville family were invariably named Richard. The inscriptions on this picture were not only partially contradictory but were evidently at least one generation out, as the Richard Grenville who marrried Frances Saunders died in 1618. If the sitter is indeed a Grenville family wife, it is more likely that she may be Anne Borlase (c.1617-46), daughter of Sir William Borlase of Great Marlow. She married the Richard Grenville who was born in 1612 and died in 1662 and was the mother of only one recorded surviving son, another Richard (1646-1717). He clearly cannot be the child represented here, who may therefore be an earlier son who died young. At this period, little boys were dressed in skirts, rather than breeches or trousers, until they were aged six or seven.

The relationship between child and mother is here depicted with unusual tenderness and the echoes of earlier religious imagery of the Madonna and Christ Child are unmistakable. One striking feature is the bunch of fresh flowers pinned in the lady’s hair. They are tulips, a fashionable and highly prized commodity, recently introduced from the Netherlands, where during the 1630s they were the subject of financial speculation on an immense scale.