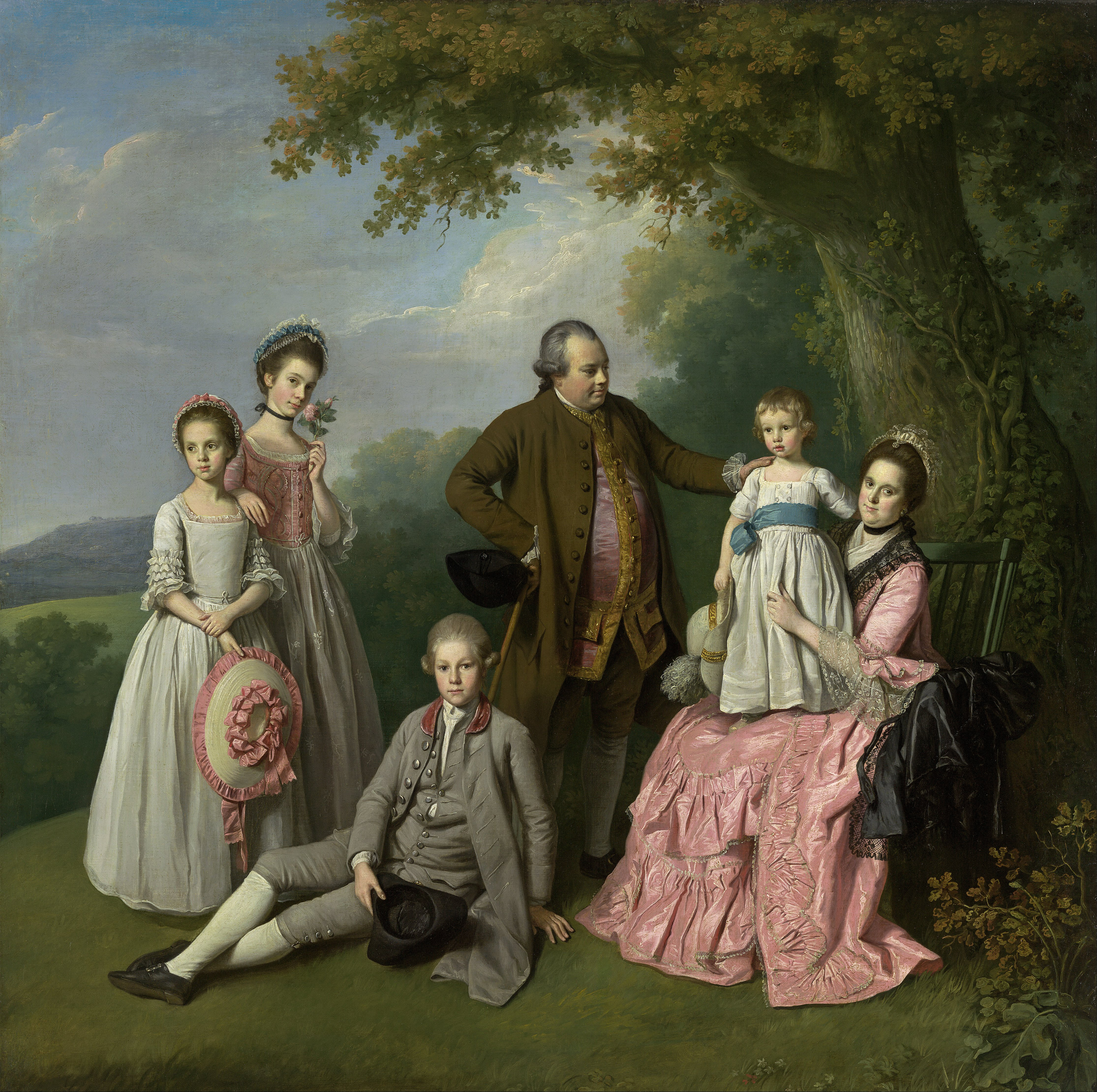 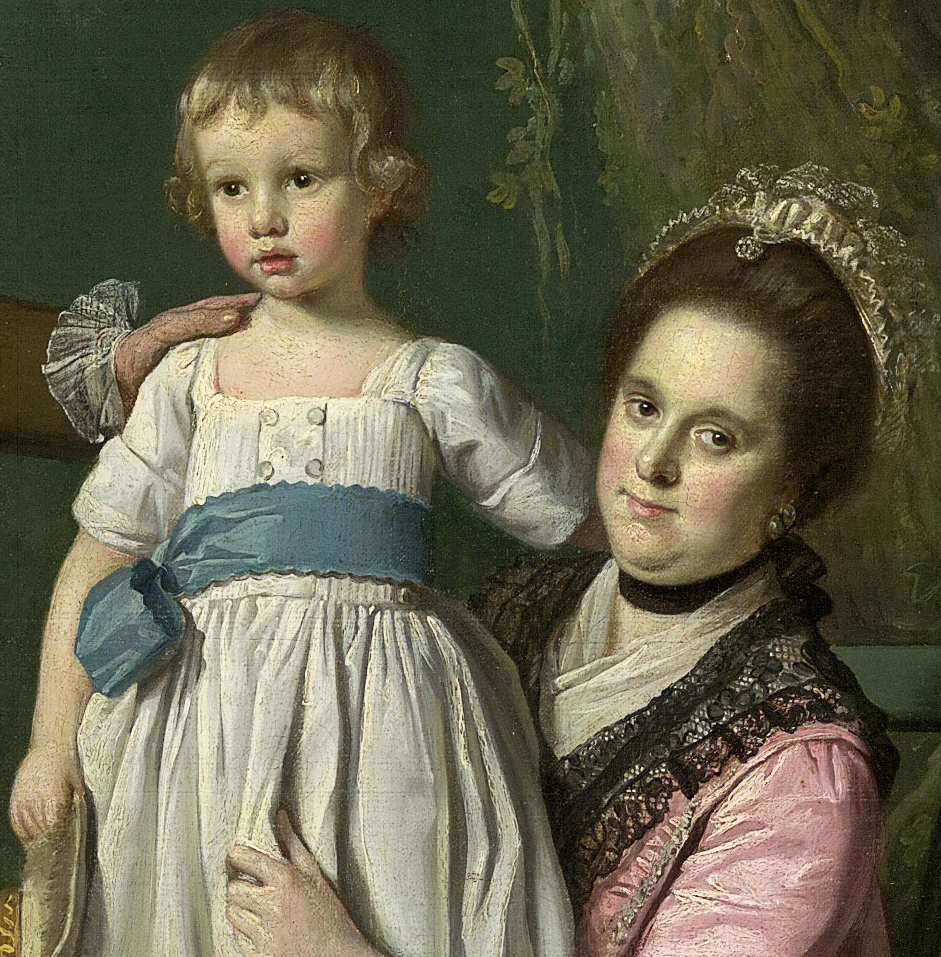 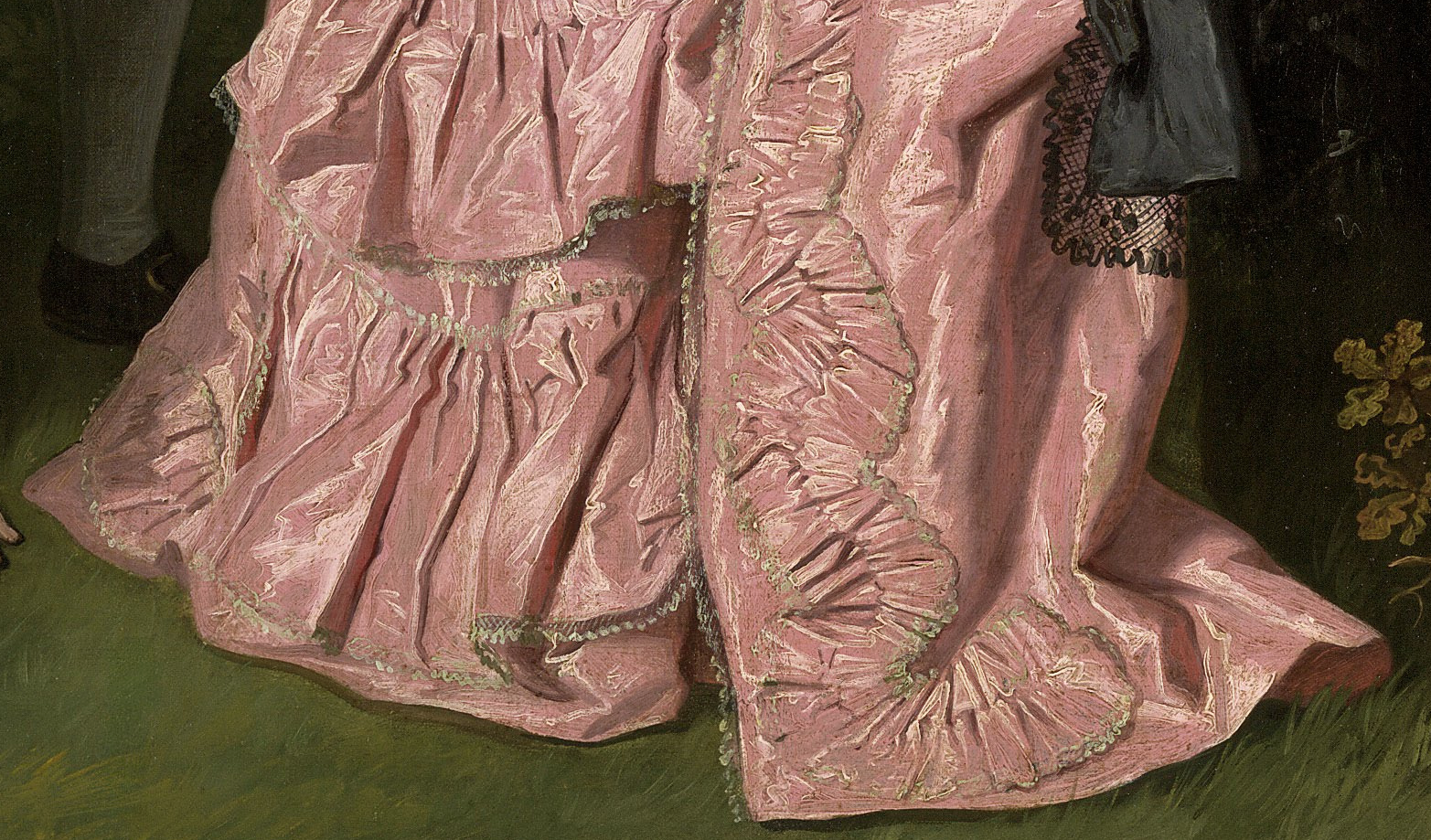 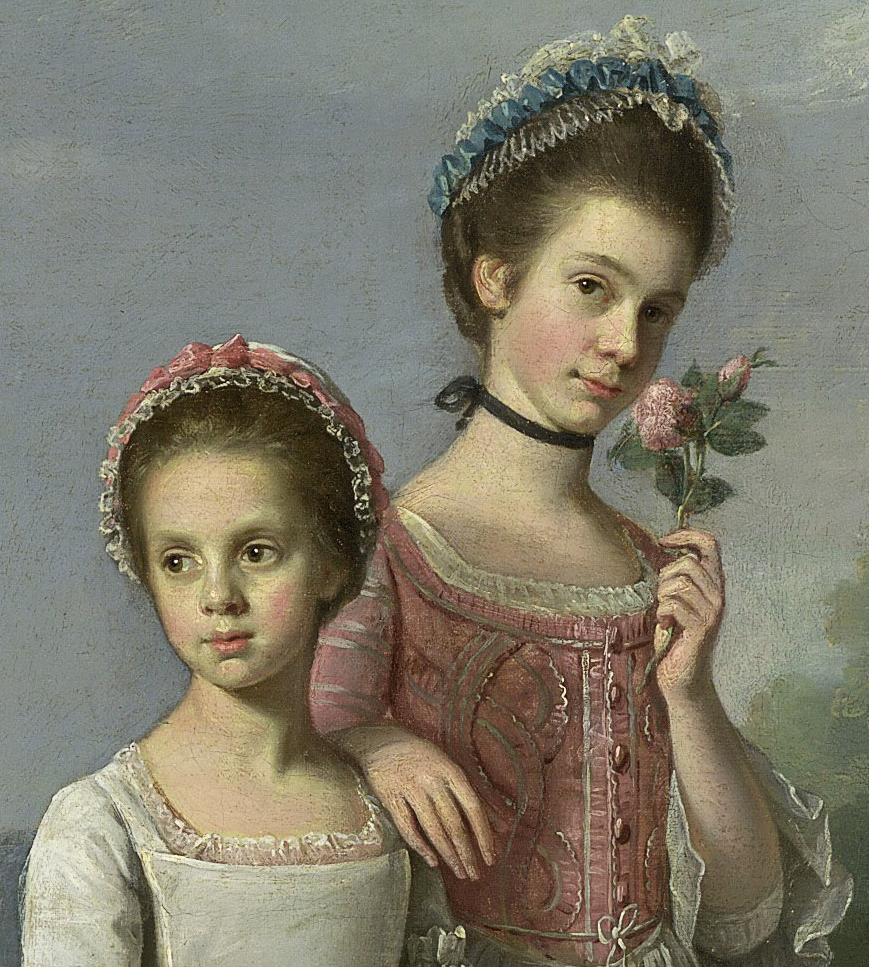 This charming painting depicts John Pybus (1727–1789), an official with the East India Company, his wife, Martha (1733–1802), and their four children: Martha (1758–1788), shown holding a ribbon-trimmed hat; Anne (1756–1791), savouring the scent of a rose; John (1754–1808), seated on the ground in front of his sisters; and Charles (1766–1810), standing on his mother’s lap. This family portrait can be dated to c.1769, on the basis of the ages of the children as they appear in the painting.After training initially with Francis Hayman (c.1708–1776), the mid-eighteenth-century English master of the conversation piece, Nathaniel Dance lived in Italy from 1754 to 1765. Further study with Pompeo Batoni in Rome, in 1762, contributed to Dance’s success painting portraits of members of the English upper classes who were undertaking their educative ‘Grand Tour’ of continental Europe. Following his return to England, Dance established a lucrative portrait studio in London.

Pybus commenced his employment with the East India Company in 1742, at the tender age of fifteen. For the next two decades, he held various East India Company appointments in India and Sumatra, returning permanently to England with his wife and family in 1768.

In 1769, the year in which this group study of the Pybus family was most probably painted, Dance exhibited full-length portraits of George III and Queen Charlotte, at the newly founded Royal Academy, London (both paintings are now at Uppark House, Sussex). Pybus’s choice of the fashionable Dance to paint this family portrait indicates not only the sitter’s social aspirations but also the level of wealth he must have accrued through his employment with the East India Company. Indeed, Pybus (whose will refers specifically to ‘our family pictures by Dance’) seems to have commissioned at least three portraits from the artist. The National Gallery of Victoria acquired The Pybus family from a private collection in Victoria’s Western District, the work having passed down through the generations by direct family descent.