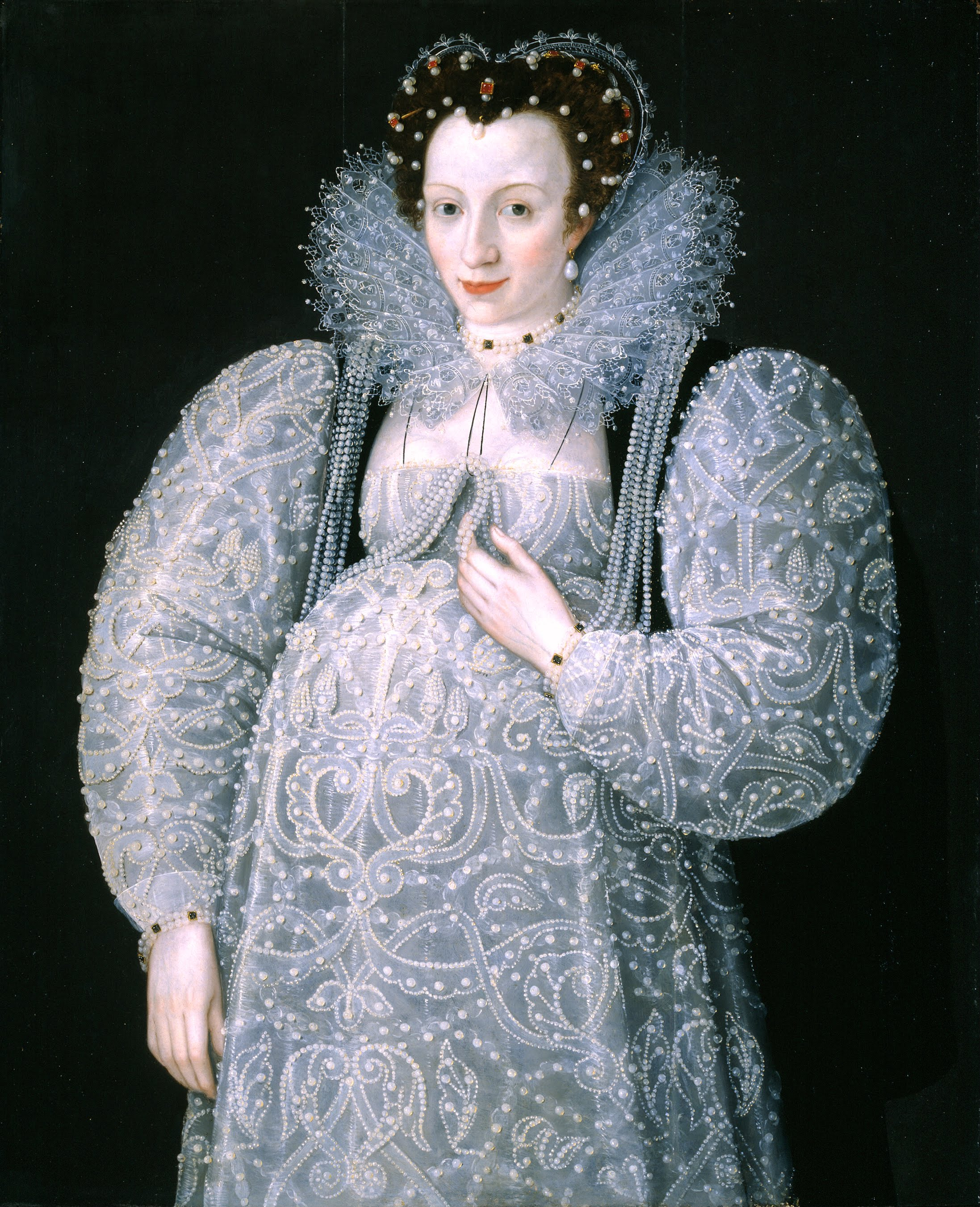 It is rare for sitters in sixteenth-century portraits to be depicted – as this lady is – smiling. On the contrary, they generally maintain a neutral expression representing unyielding dignity. A small number of Marcus Gheeraerts’s subjects, however, are shown with similarly cheerful expressions. 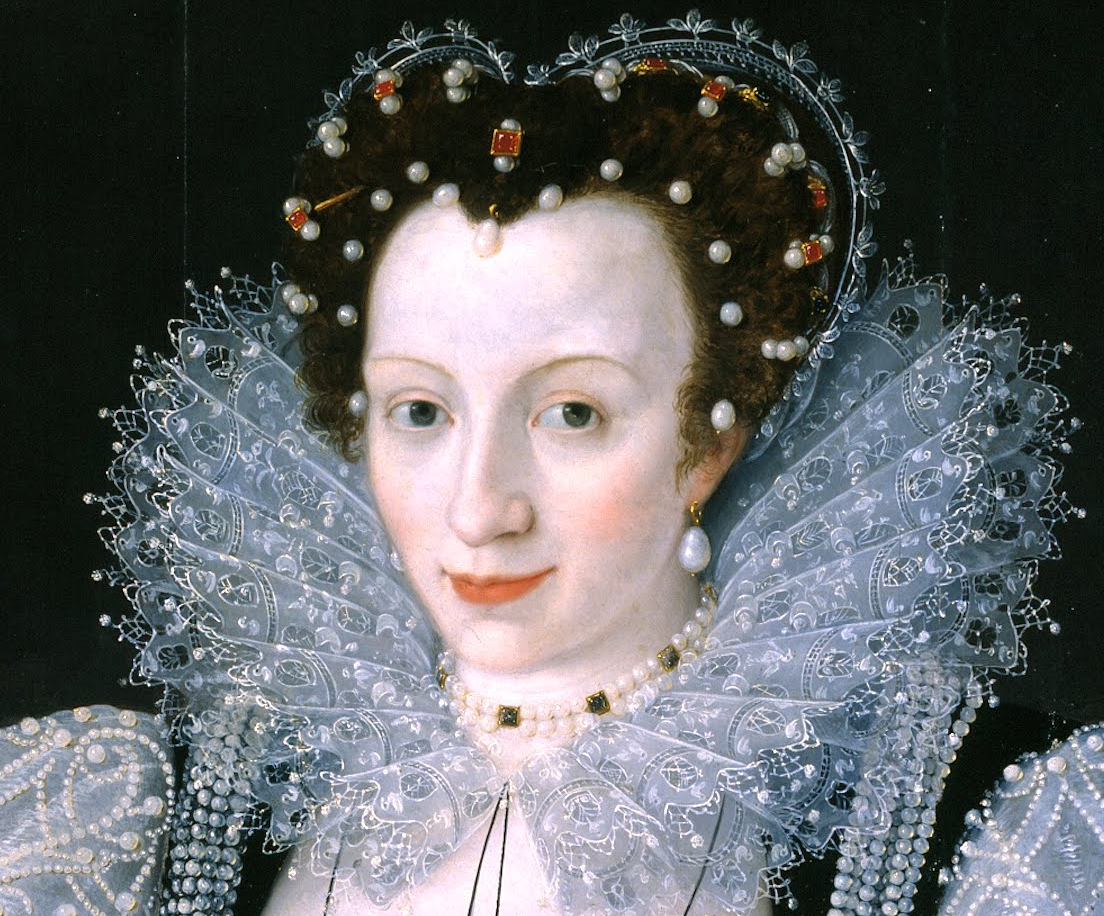 The most obvious feature of this portrait is that the lady is depicted in a late stage of pregnancy. It is unusual in Western art for women to be portrayed as unambiguously pregnant, even though records show that many spent much of their adult lives in that state. However, in England, from roughly the 1560s through to about 1630, this form of visual presentation seems to have been surprisingly common. These images have recently been termed (by the present author) ‘pregnancy portraits’. Gheeraerts may indeed have specialised in such works, for a number of other examples by him survive, including one of an Unknown Woman in Red, dated 1620. 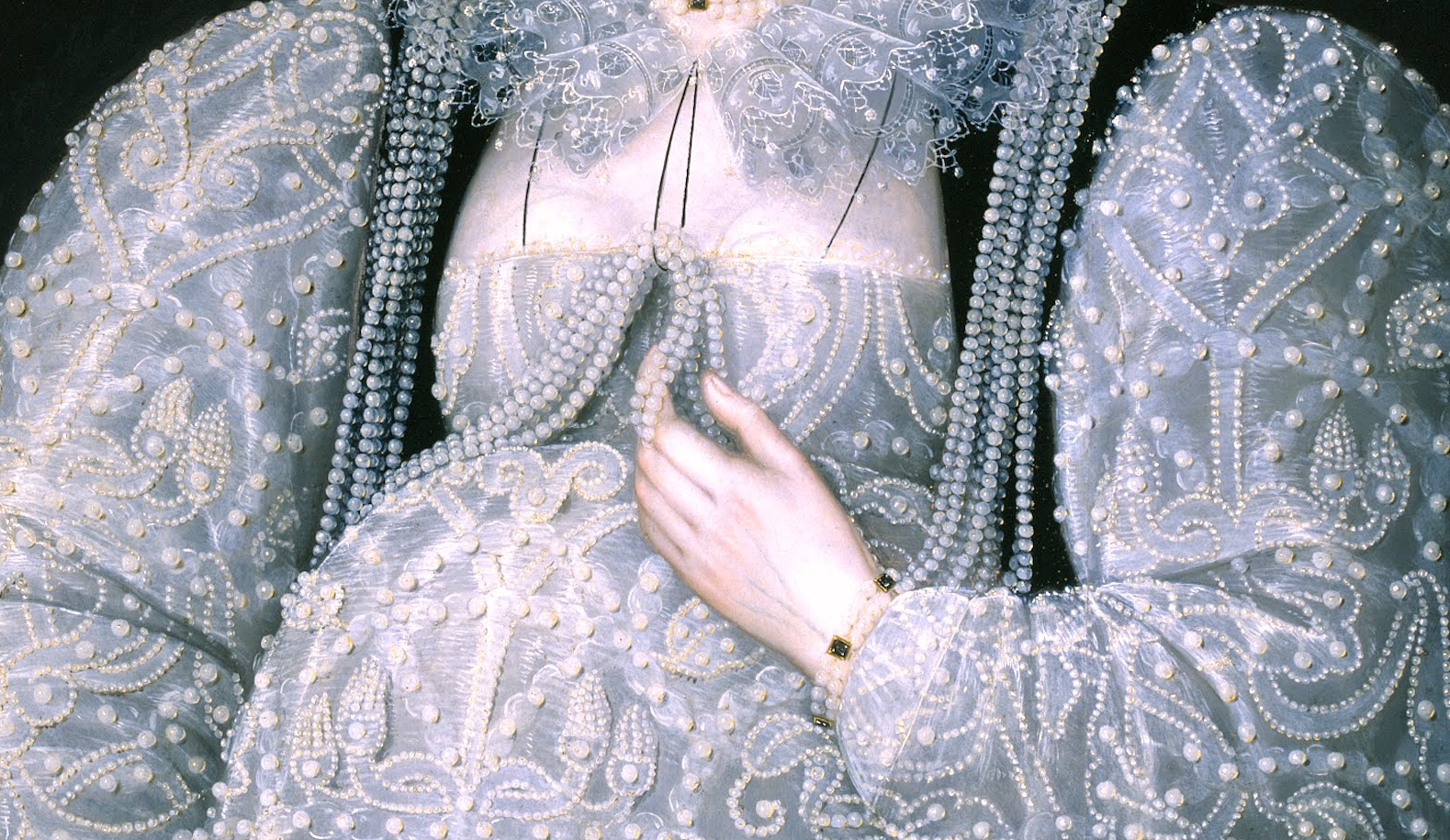 While the present lady’s identity is unknown, her sumptuous dress, with a huge number of pearls sewn on to it, indicates that she is of high status. Monochrome fabrics, sometimes decorated with pearls, were the height of fashion for male and female courtiers during the 1590s. In addition, pearls were a widely recognised symbol of purity – and thus appropriate for a faithful wife. As the preacher Thomas Becon wrote, ‘as the woman’s duty is to be in subjection to her husband: so likewise she is bound by the commandment of God to be chaste, pure and honest … that whosoever beholdeth her, may justly seem to look upon a perfect pearl of precious purity.’ (The Book of Matrimony, London, 1564, pp.673-4).

An inscription on the back of the wooden panel on which this is painted suggests that it was once owned by a Walter Waring, probably the gentleman of that name from Owlbury, in Shropshire, who was born in around 1726 and died in 1780, and who in 1769 inherited the estate of his cousin Thomas Waring of Groton in Suffolk. The sixteenth-century Warings were probably not grand enough to have commissioned such a portrait, so the work may subsequently have entered the family collection as the inherited property of a later bride. Its subsequent history is unknown, until it was recorded in 1934 in the collection of Mrs Walter A.G. Burns at North Mymms Park, Hertfordshire.

Marcus Gheeraerts II was born in Bruges and brought to England by his painter father, a religious exile from the Catholic Spanish Netherlands. By the early 1590s he was working for elite court patrons and his most celebrated painting is the large ‘Ditchley’ portrait of Elizabeth I (National Portrait Gallery, London). He became the favoured artist of Anne of Denmark (1574-1619), wife of Elizabeth’s successor, James I, until about 1617, when he was superseded by younger artists such as Daniel Mytens (c.1590-1647). His last known works date from 1629-30.