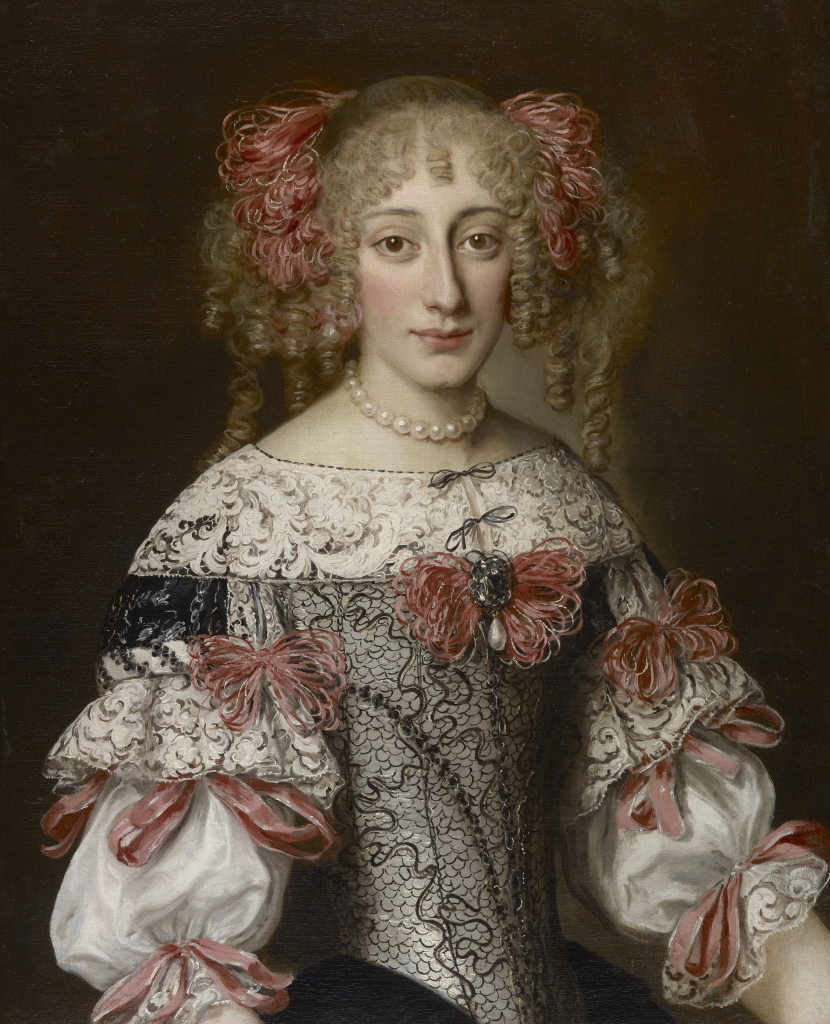 “In this portrait, Voet has captured the wistful beauty of our young sitter, whose identity currently remains unknown. Professor Francesco Petrucci, the leading authority on Voet, dates the painting in his monograph on the artist to circa 1675 when the artist was at the height of his popularity in Rome.[1]

Jacob Ferdinand Voet (1639-1689), an Antwerp born portrait artist, had a highly successful international career, mainly working in Italy but spending the last years of his life as official portraitist to Louis XIV in Paris. He became one of the most prominent and fashionable portrait painters throughout Europe, most particularly in late baroque Rome. With such international production, his reputation surpassed that of Pierre Mignard, Carlo Maratta, Giovanni Maria Morandi and Baciccio, his rivals in the genre. In Rome, where he worked from 1663 until 1678, he enjoyed patronage from the Papal court as well as from the local aristocracy. Indeed, his production of ecclesiastical portraiture was prodigious, including the official image of the Odescalchi Pope, Innocent XI, as well as the fourteen portraits of cardinals.[2]

In 1669 Voet was commissioned to paint Queen Christina of Sweden who subsequently entrusted him with the reproduction of her official image, including replicas, variants, and publication prints. His phenomenal success was due, not just to his artistic abilities, but also to his renowned diplomatic ability, enabling Voet to obtain the favour of new patrons and to maintain his professional relations with all the major families of the Roman nobility, including: the Chigi, Borghese, Pamphili, Column, Rospigliosi, Altieri, Odescalchi, Carpegna, and dal Pozzo. Voet travelled extensively in Italy, executing numerous commissions in Como and Milan and it is probable that during his Roman period Voet also traveled to Genoa, and certainly to Florence, Modena and Parma – a series of letters from the Odescalchi archive, published by Marco Pizzo, shows that Voet’s sojourn to Lombard lasted about a year in 1680. Furthermore, from the correspondence of Francesco Maria della Porta with Livio Odescalchi, it becomes clear that Voet was even summoned by Charles II, king of Spain to execute his court portraits sometime between February and early May 1680.[3] From 1682 to 1684 the painter is established in Piedmont, where he works for the King of Savoy and their court.

Voet also developed a pre-eminent role in the production of souvenir-portraits for visiting English nobility to Rome on their cultural Grand Tour: inaugurating a new fashion he frequently represented them dressed in chamber robes, in contrast to and in competition with Carlo Maratta who showed them in all’antica dress. However, Voet is perhaps best remembered for his series of Les Belle Romane, that is, the collection of portraits of the most enchanting women of Rome: inspired by the Mancini sisters, these series of portraits from 1672 onwards included sitters from the Chigi, Savoia and Massimo families and other celebrated Italian dynasties. These paintings were so popular that Voet was repeatedly asked to reproduce replicas and versions of these prime originals. Voet spent the final years of his life in France where he executed numerous portraits of the court nobility, such as the Marquis de Louvois, prime minister of Louis XIV, and other important ministers. In Paris, he obtained the title of ‘painter to his most Christian Majesty’ and his career appeared to be in the ascent, however he died suddenly at his home on the Quai de Guer, near the Pont Neuf on the 26th September 1689. ”