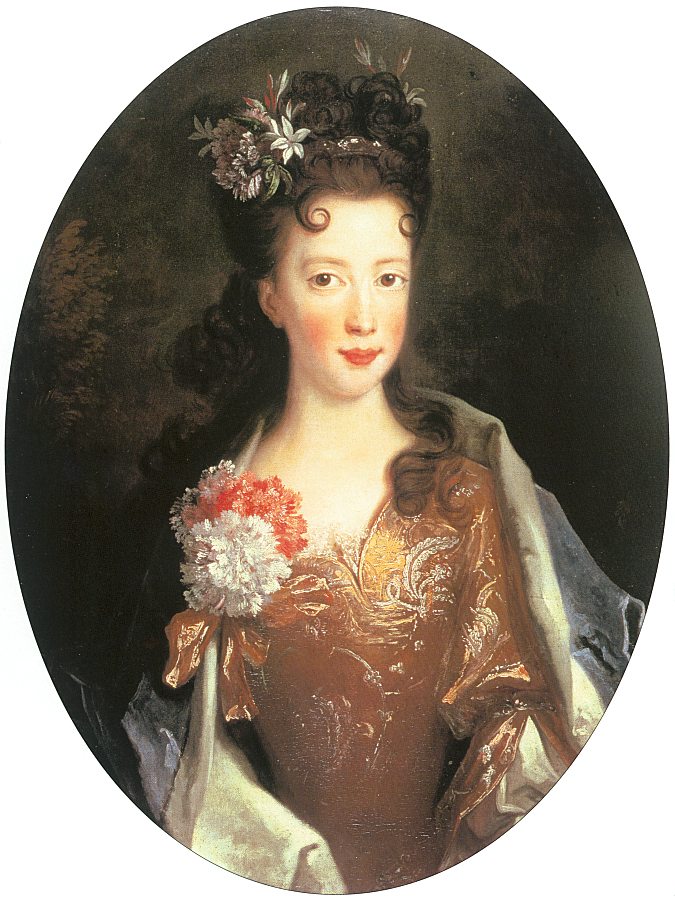 (…) Louisa Maria Teresa Stuart (28 June 1692 – 18 April 1712), known to Jacobites as The Princess Royal, was the last child of James II and VII (1633–1701), the deposed king of England, Scotland, and Ireland, and of his queen, Mary of Modena. In English, she was called Louisa Maria and Louise Marie in French. A Royal Stuart Society paper calls Louisa Maria the Princess over the Water, an allusion to the informal title King over the Water of the Jacobite pretenders, none of whom had any other legitimate daughters. (…)