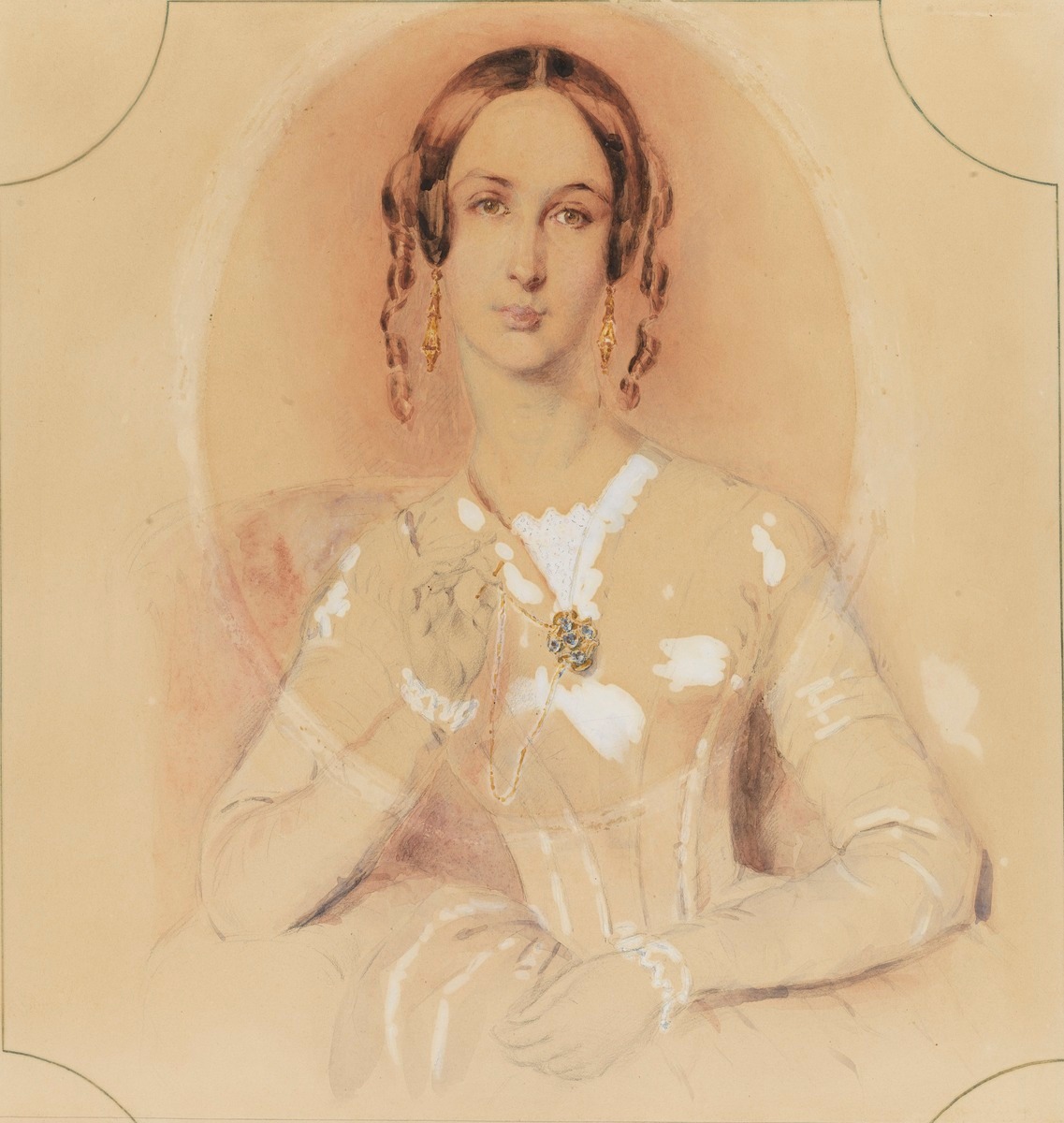 Martha Sarah Butler (née Asprey, 1811–1864) married Edward Paine Butler in London and travelled with him to Van Diemen’s Land, arriving in July 1835. Her first child, Edward Charles, was born the same year; and another four children, three sons and a daughter, were born between 1837 and 1842. According to a Butler family historian, Martha was ‘by all accounts a highly cultured, elegant and frivolous woman.’ The same writer relates an anecdote about a close call Martha experienced when the ship on which she and Edward travelled to Hobart was wrecked in the D’Entrecasteaux Channel: with the vessel (named The Enchantress) sinking, Martha is said to have risked her life by returning to her cabin to retrieve her jewellery, only to lose it when, as she climbed into a life boat, it slipped out of the handkerchief she had wrapped it in. Martha returned to Europe after Edward’s death in 1849. She never remarried, living in London and Paris for a number of years before returning to Hobart. She died at the Butler family home, Stowell, in Battery Point, in July 1864.

Thomas Griffiths Wainewright (1794–1847) is one of Australian colonial art’s most intriguing figures. Born in Surrey, Wainewright was introduced to intellectual circles at a young age and had established himself as an artist, collector and essayist by the time he was in his twenties. At the age of twenty-six he began exhibiting his work at the Royal Academy, where he came under the influence of Henry Fuseli. By the time he married in 1817 he had squandered much of a £5000 inheritance and had taken to forgery to gain access to funds held in trust. Wainewright was suspected also of poisoning three relatives by whose deaths he stood to gain financially. After six years in hiding in France, Wainewright returned to England and was arrested, found guilty of fraud and sentenced to transportation to Van Diemen’s Land for life. In Hobart from November 1837, Wainewright proved to be a model prisoner, replacing assignment to a road gang with a position as an orderly at the Colonial Hospital where he made the acquaintance of sympathetic officials. By way of these connections he was enabled to continue his work as an artist. Wainewright was granted a ticket-of-leave in 1844 and established himself as a portrait painter, creating likenesses for a number of prominent families. He died in Hobart in August 1847, having created over fifty works now counted among the finest examples of colonial Australian portraiture.