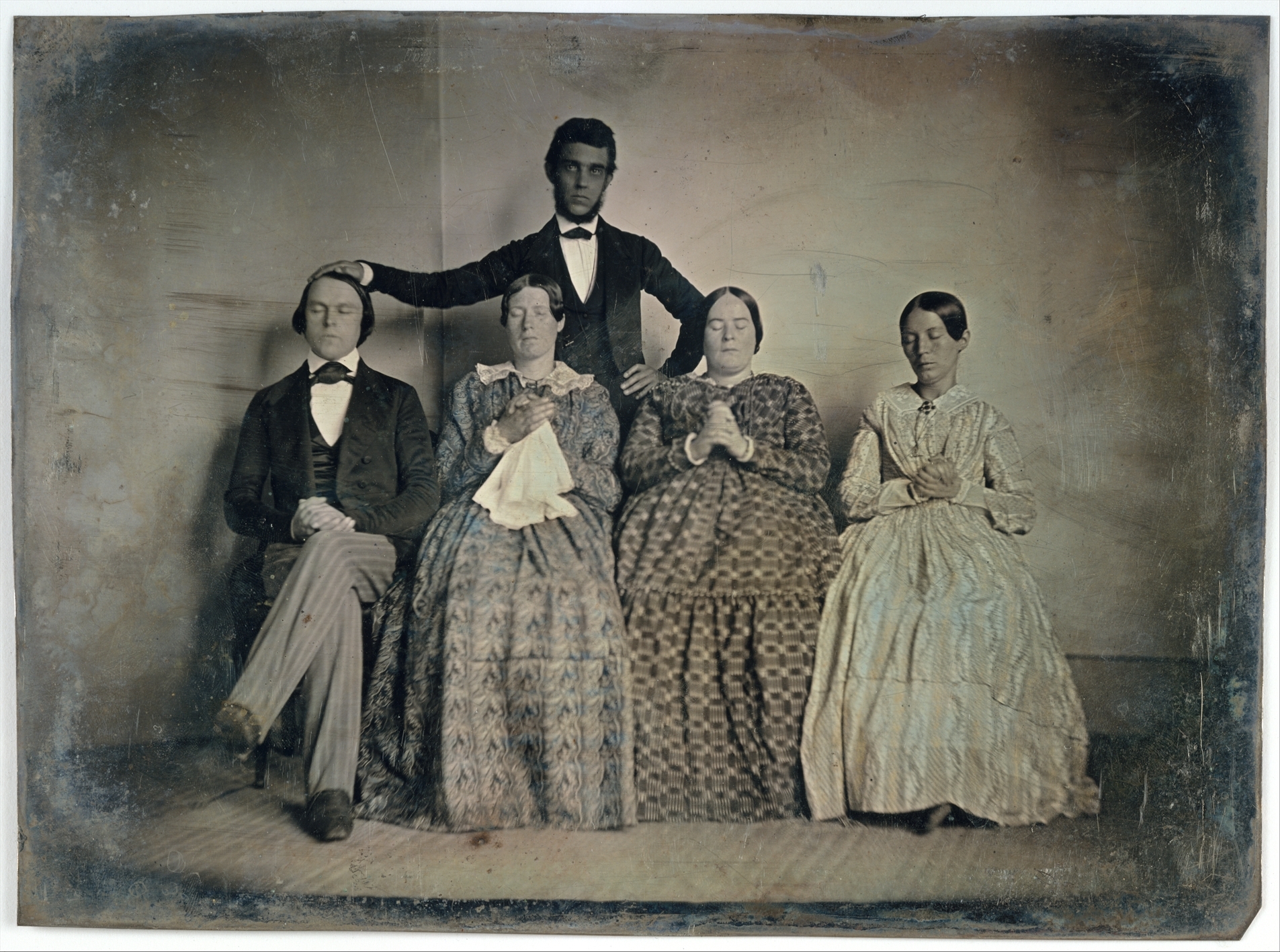 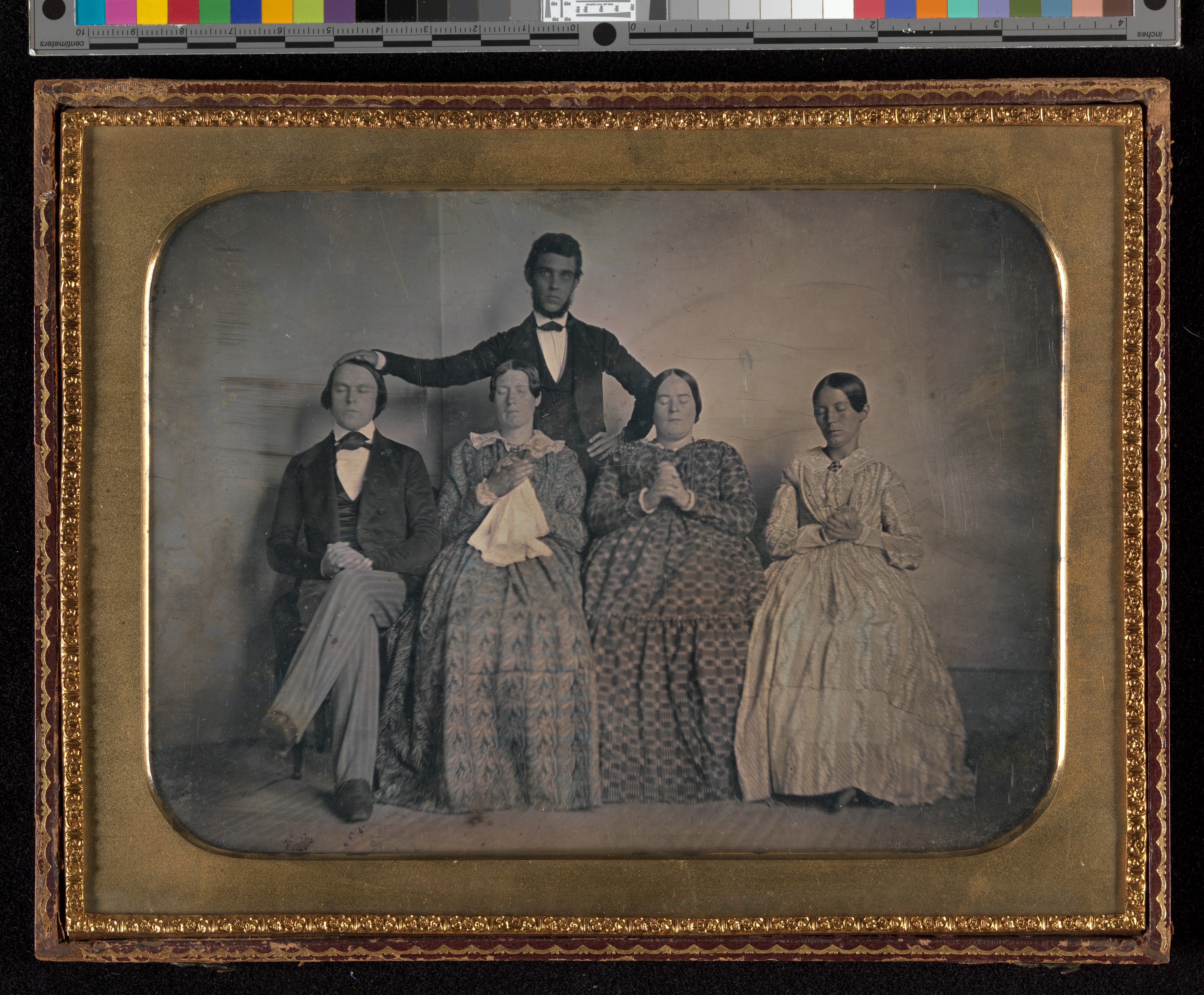 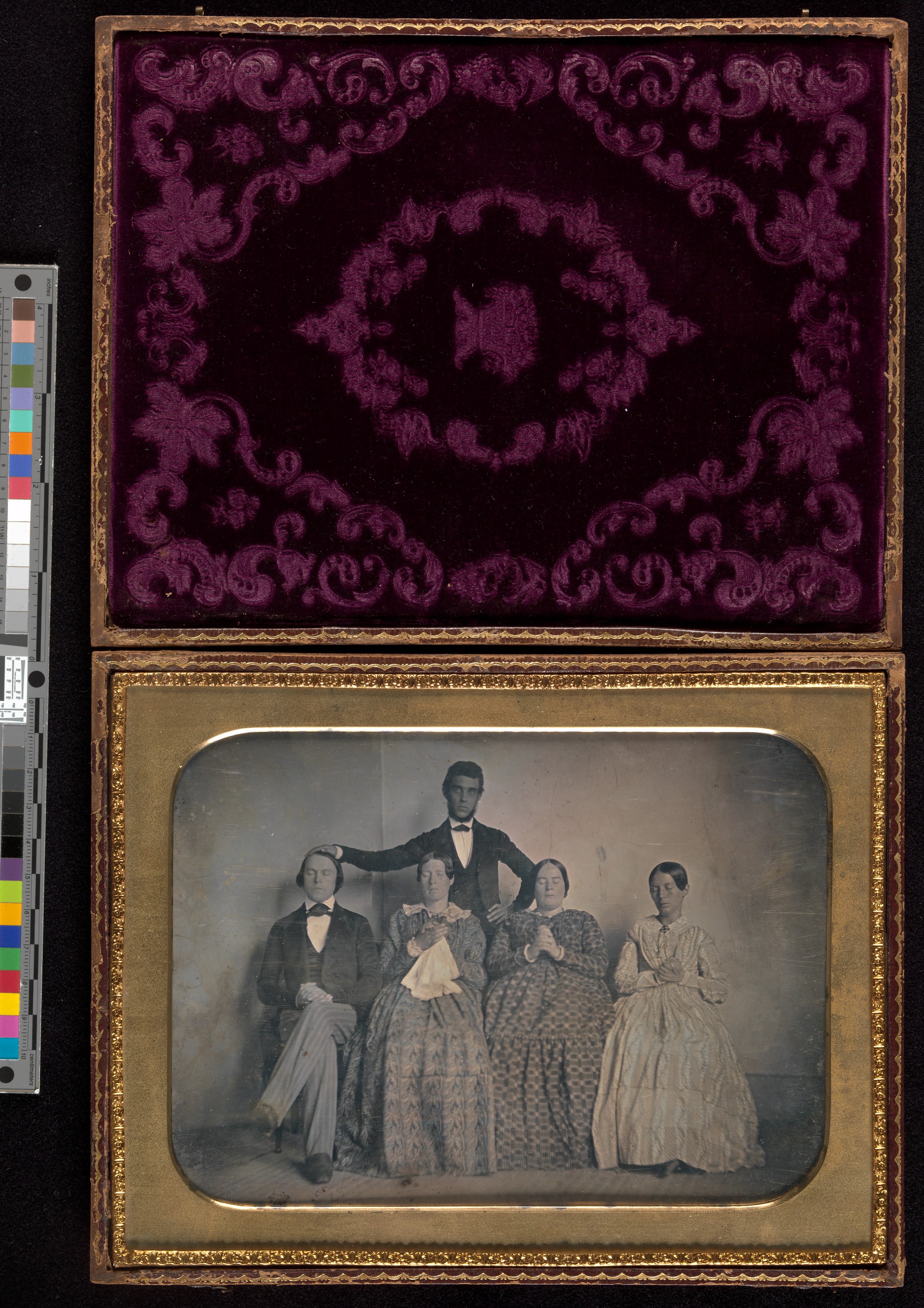 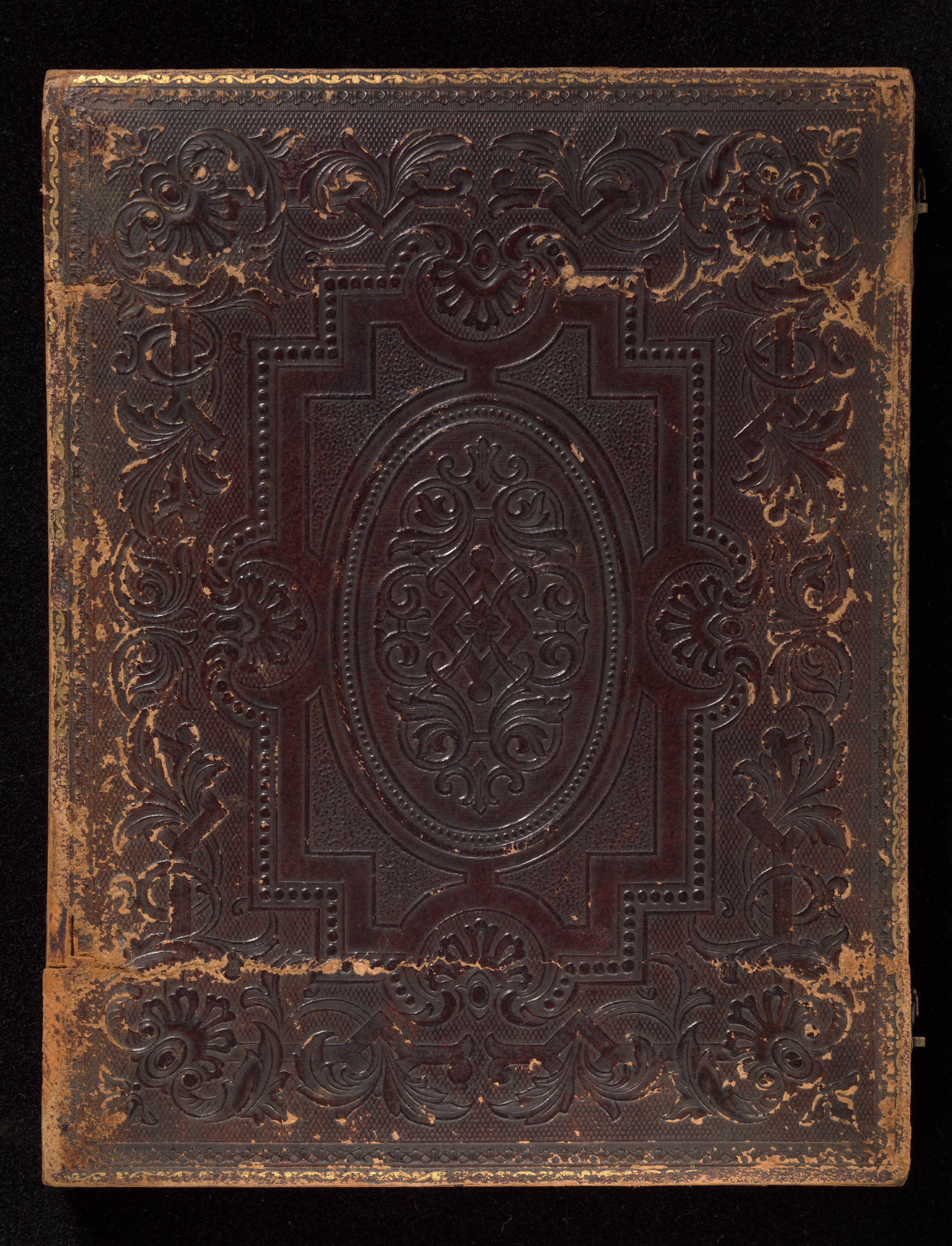 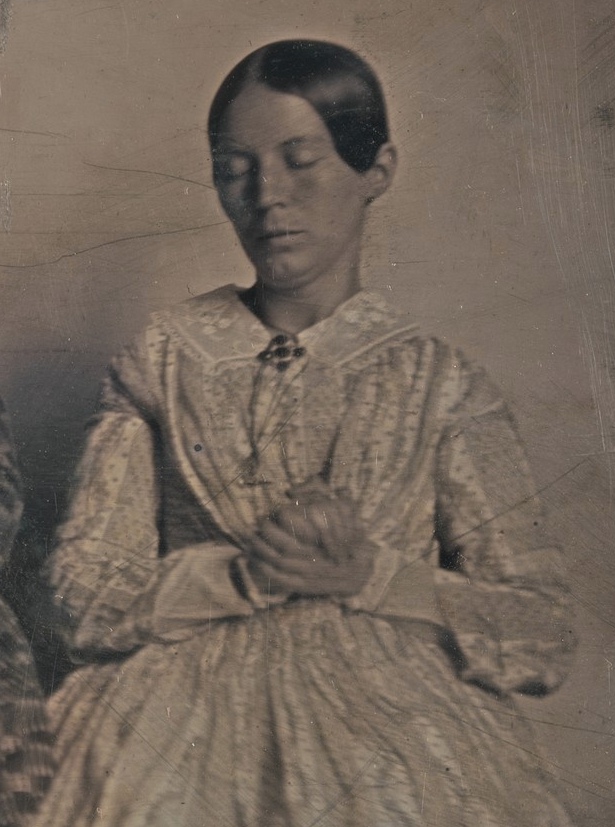 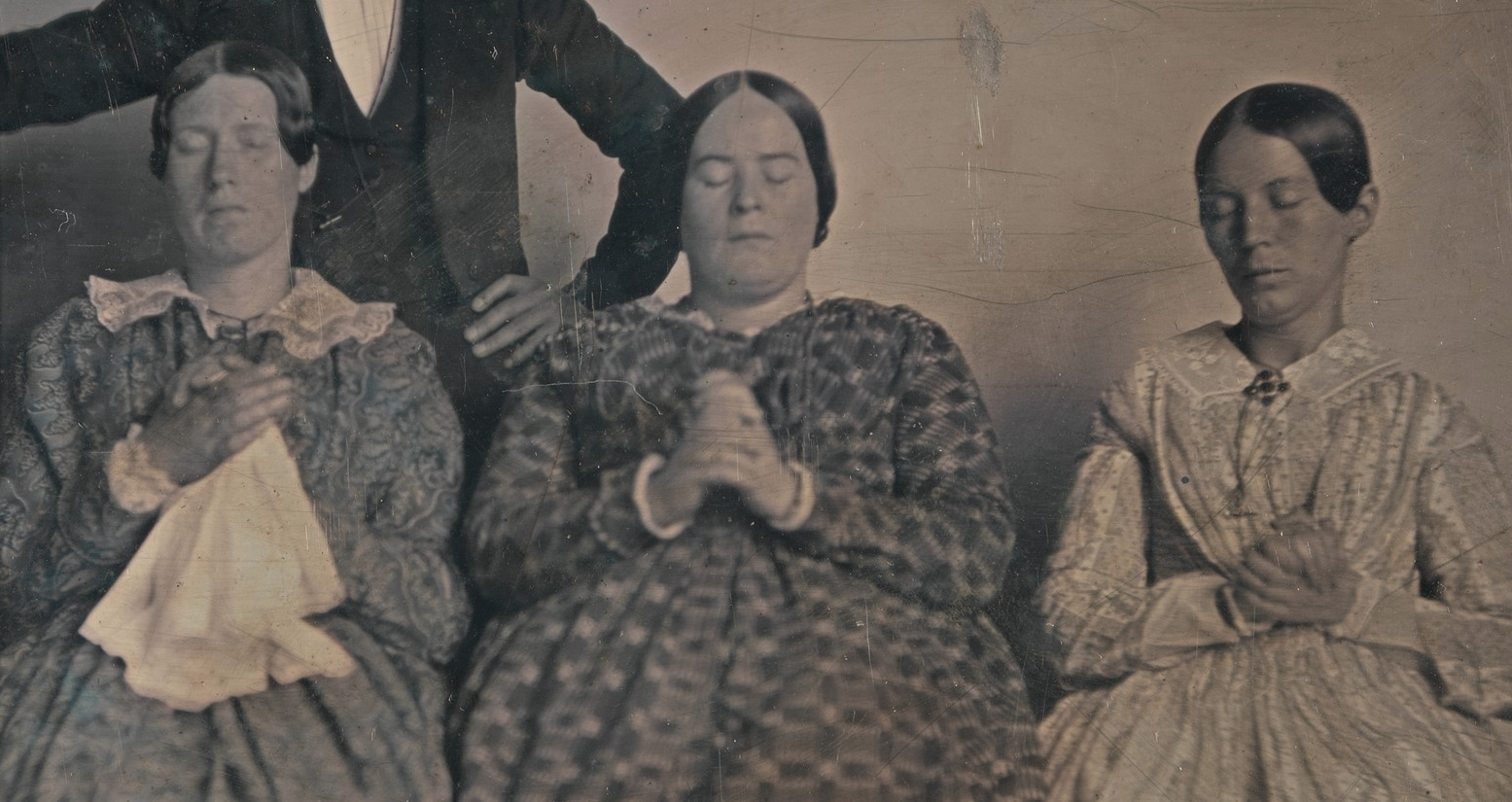 During the early years of the daguerreotype hypnosis was extensively practiced by reputable physicians in Europe and America. Although hypnotism eventually became associated with black magic and the supernatural, scientific interest in the phenomenon dates back to the late sixteenth century. Its therapeutic use both as a form of anesthesia and as a cure for disease was known from the 1830s. In 1848 the anesthetic properties of chloroform ended wide spread medical practice of hypnotism, and it soon drifted back to marginal uses and quackery.

.
This curious daguerreotype shows a doctor, or operator, standing and staring at the camera, and four subjects, seated with their eyes closed and hands clasped in supplication. The doctor palms the head of the male sitter, who in turn is linked elbow to elbow to the three women. The photograph demonstrates the procedural method and medical theory of magnetic sleep, which held that a magnetic fluid emanated from an operator to a patient; through it suggestions could be made directly to the subject’s mind and indirectly through the mind upon the body. Whipple’s composition suggests an electric battery made up of human cells; the viewer completes the circuit by returning the gaze of the hypnotist.

.
John Whipple, a Boston scientist, was one of the first suppliers of chemicals to American daguerreotypists. By 1843, for health reasons, he had abandoned the manufacturing process and established himself as a photographer. Whipple is most celebrated for his detailed views of the moon taken between 1849 and 1851 through a telescope at the Harvard College Observatory.