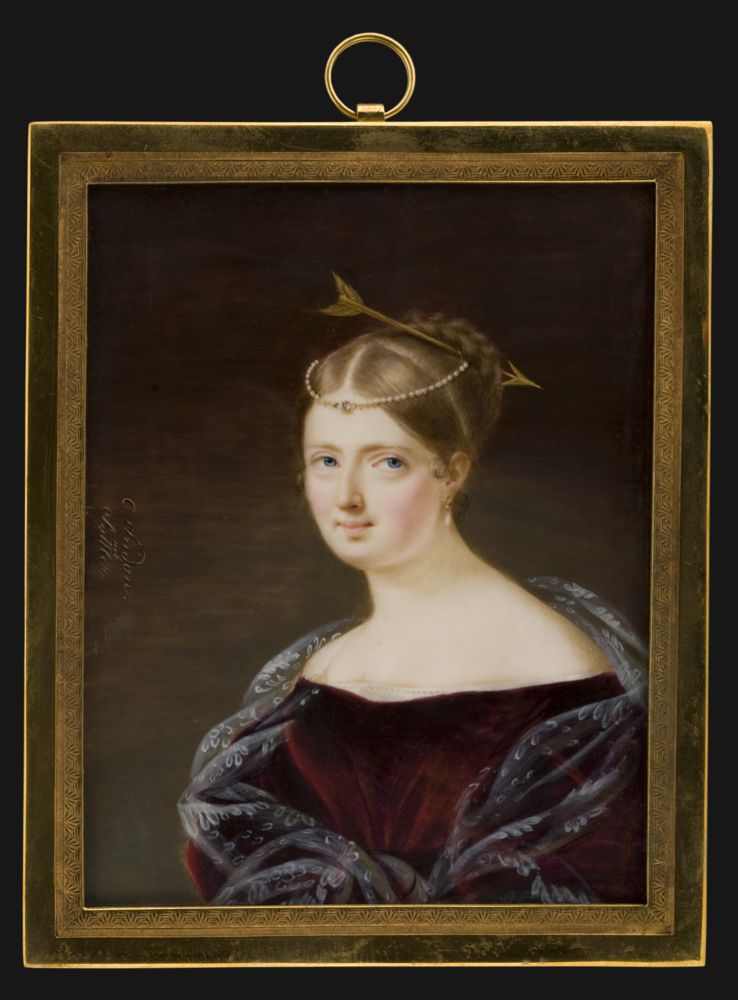 Caroline Tridon studied miniature painting in Paris with Augustin (1820-22) and Isabey and oil painting with Lefèvre. She used her maiden name Mlle Sattler.

The lady in the portrait is adorned with hair jewelry: a band of pearls in the ferronière style and a golden arrow hair pin also referred to as Cupid’s Arrow which was fashionable in those times. This extraordinary golden arrow hair pin clearly has a symbolic meaning. Possibly the woman in the miniature might be the artist herself and added the arrow as a reference to her last name “Tridon” (French for “trident”). Another reference of the arrow might be Cupid’s arrow, suggesting that the miniature might have been painted in honor of the artist’s marriage in Dresden 1829.