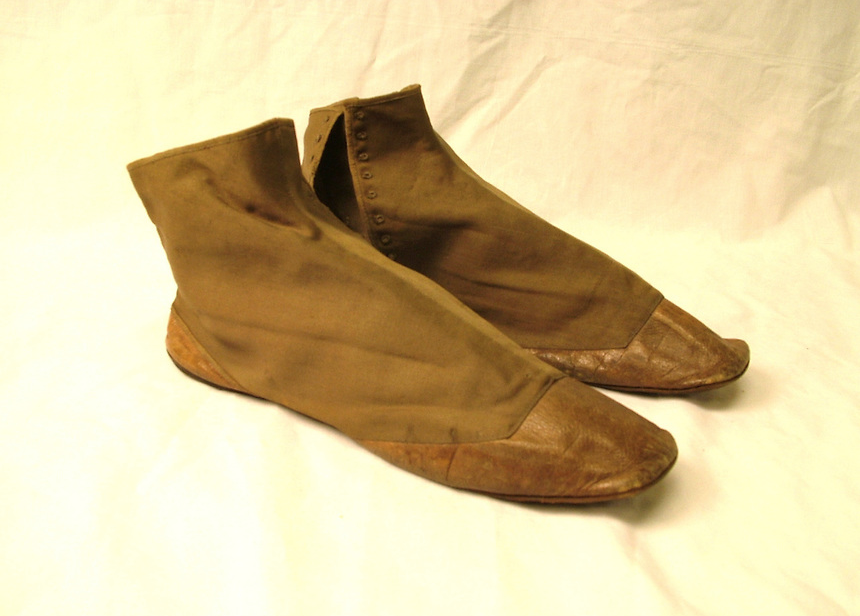 This adelaide-style boot made by Brothers, New York, was fashionable in the mid-19th century because it modestly covered the ankle and also narrowed the foot. This particular style was designed to protect the wearer from rain with the heel and toe made of leather. Although this early boot was likely not practical because of its overall light serge foxed fabric and limited waterproof coverage, weather-proof boots became early signs of female emancipation, allowing women greater freedom outdoors.