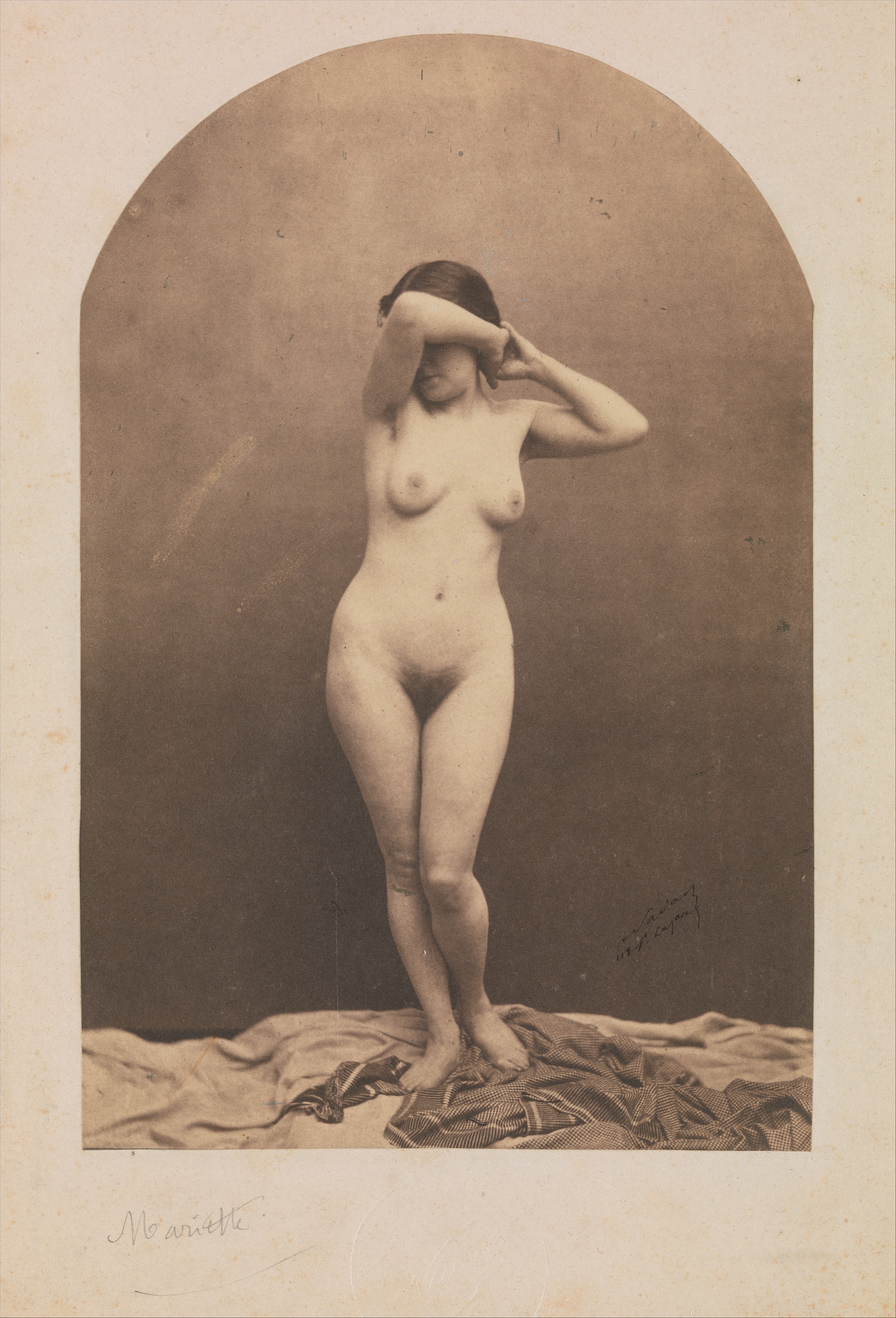 Artist: Nadar (French, Paris 1820–1910 Paris)
Date: 1860–61
Medium: Salted paper print from glass negative
Dimensions: Image: 20.2 x 13.3 cm (7 15/16 x 5 1/4 in.)
Via: MET Museum
.
” Famed for his portraits of writers, artists, and left-wing politicians, Nadar is known to have photographed only three female nudes. This one was made at the behest of the painter Jean-Léon Gérôme to assist in the process of painting Phryné before the Areopagus, displayed at the Salon of 1861. Gérôme’s painting depicts the moment when the famous courtesan Phryné, on trial for impiety, is suddenly unveiled by her lawyer; persuaded by Phryné’s divine beauty, the jurors acquit her.
.
Like Phryné, who is said to have modeled for the ancient Greek painter Apelles and other artists of antiquity, Nadar’s model, Marie-Christine Leroux (1820–1863), was widely sought by artists of her time and was the basis for the character Musette in Henri Murger’s Scènes de la vie de bohème.
.
The model is said to be the original Musette of “La Vie Bohème”* . This print is thought to be unique.”
.
*) Musette is the female character in Henri Murger’s feuilleton novel Scènes de la vie de Bohème (1845-1848), which was adapted by Puccini for his opera La Bohème.
.
It is not very clear to me from what year this photo really is. The above information is from the MET Museum website, which dates the photo around 1860s. On this website,  the same photo (see below) is dated around 1855, with the following caption: “Mariette, by Félix Nadar (Gaspard Félix Tournachon, 1820-1910), c. 1855. Salted paper print from a glass plate negative (210 x 147 mm), Wilson Centre for Photography.“ 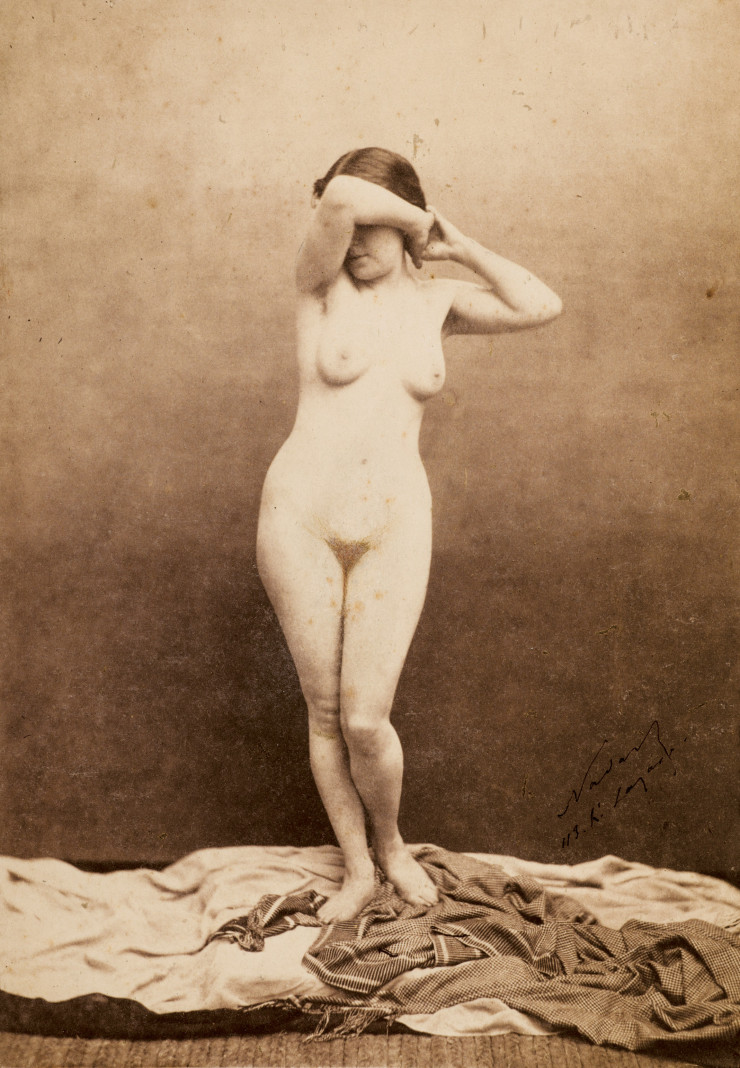 There is another photograph of the same model Mariette, or Marietta – aka Marie-Christine Leroux (1820–1863) – by Félix-Jacques-Antoine Moulin in this post here.
.