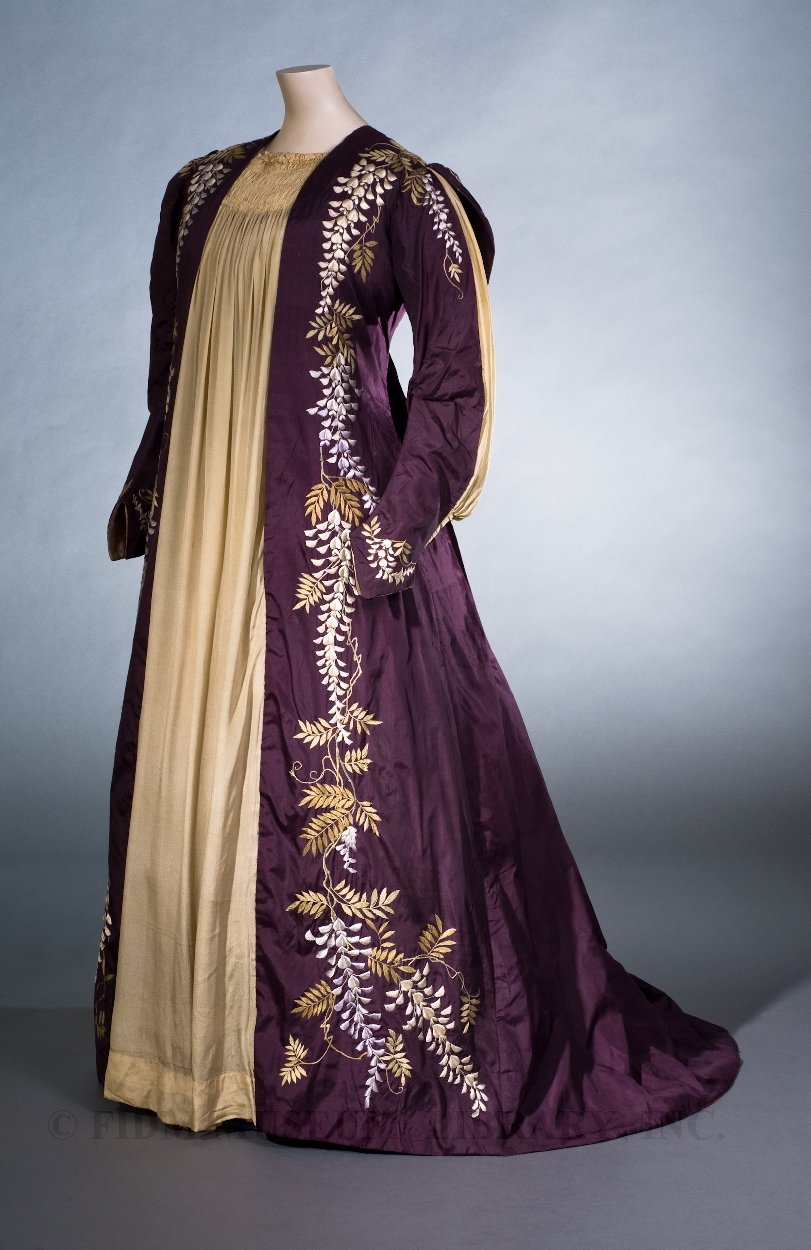 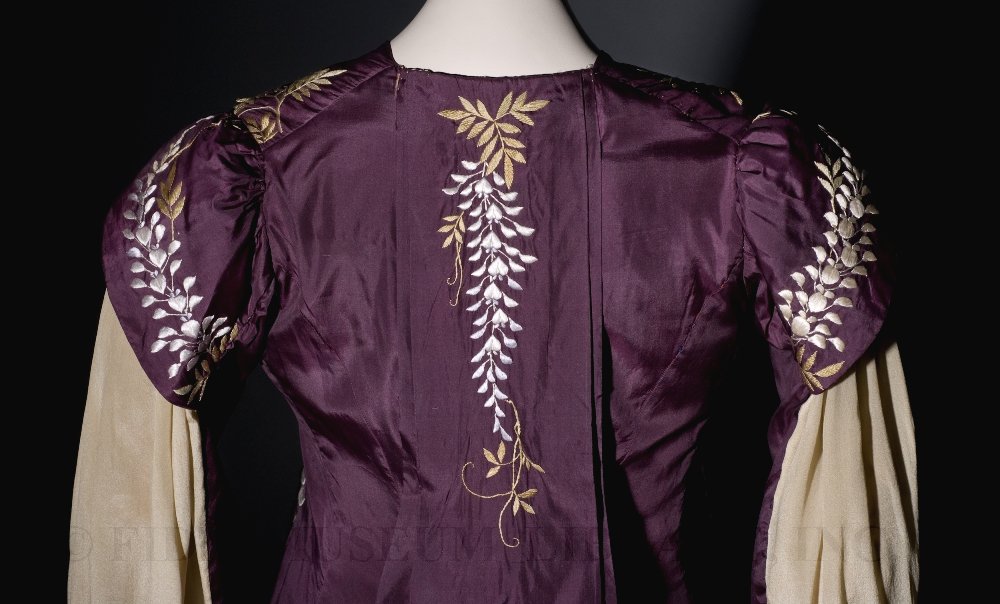 “The tea gown was the Victorian equivalent of the Slanket: a loose, comfortable garment worn at home, for informal afternoon gatherings of intimate friends around the tea table. In an era when rigid padding and corseting were the fashionable ideal, it’s hardly surprising that this comfortable alternative became wildly popular for use behind closed doors.

This tea gown is heavily influenced by the Aesthetic movement, which flourished in Britain during the 1870s. Aesthetes rejected modern society with its cheap, mass-produced goods and artificial standards of beauty. Instead, they advocated a return to the refined, natural designs of classical antiquity or medieval Europe. Adherents of the Aesthetic movement desired reform in architecture and interior design as well as in dress.

Accordingly, the cut of the tea gown is inspired by medieval garments, with handworked details like smocking and embroidery. It is a deep plum color rather than the bright synthetic dyes that characterized mainstream fashion at the time, such as lime green and magenta. In her 1879 book The Art of Dress, Eliza Haweis wrote: “When you see a colour which is moderately dull in tone, and so far indescribable that you question whether it is blue or green, green or brown, red or yellow, grapple it to your soul with hooks of steel. It is an artistic colour.” The Japanese wisteria vines embroidered in soft green, lavender, and white silk are not purely decorative; an admiration for Far Eastern art and culture was characteristic of the Aesthetic movement. “