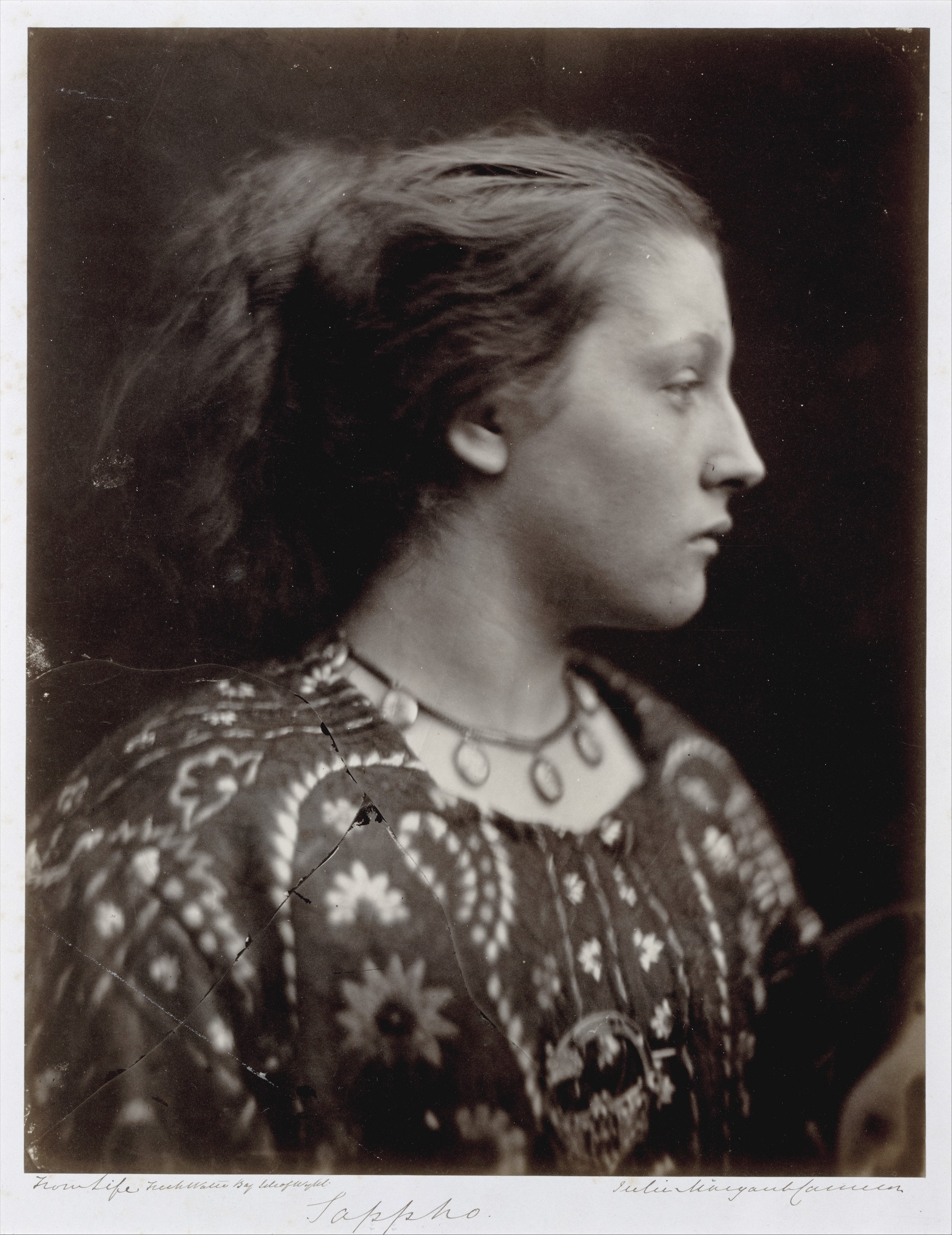 “Mary Hillier, a beautiful young house servant at Dimbola, Cameron’s home in Freshwater, was often pressed into photographic service, frequently in the role of the Virgin Mary. She managed to assume her various guises in a remarkably unselfconscious way, projecting both gentleness and strength of character. Hillier is also the model for Cameron’s Sappho, a profile portrait in the Florentine Quattrocento style, perhaps inspired by the chromolithographic reproductions of Italian paintings distributed by the Arundel Society, of which Cameron was a member. The image has great presence, so much so that Cameron decided to print it even though she broke the negative. Precisely what the picture has to do with the Greek poet of Lesbos is unclear, especially since Cameron inscribed another print of the same image Adriana. The titles of two close variants reveal that, by looking left instead of right, Hillier was apparently transformed from Sappho into Dora or, when photographed from one step further back, Clio. Although Cameron often set out to portray a certain ideal, she also titled pictures after the fact, sometimes because the image seemed to embody the character of a certain literary or biblical figure, but sometimes, one suspects, quite simply because there was more of a market for images of the Virgin, Sappho, or Christabel than for portraits of the photographer’s niece or a parlor maid from the Isle of Wight.”