This work by author and photographer Lewis Carroll is composed from at least three separate photographs, and is possibly a combination of negatives stuck together and actual photographic prints cut and pasted. It shows the sleeping Mary Josephine MacDonald, conjuring up a dream-like vision of her father, the author George MacDonald, and her younger brother Ronald. Lewis Carroll, who lived and worked in Oxford, befriended many children, particularly young girls whom he adored and often photographed. Known to the MacDonald children as Uncle Dodgson, he lent them his manuscript of ‘Alice’s Adventures in Wonderland’, named after another child-friend, Alice Liddell. The children’s delighted reception of the book convinced Carroll to publish it, resulting in its world-wide success. 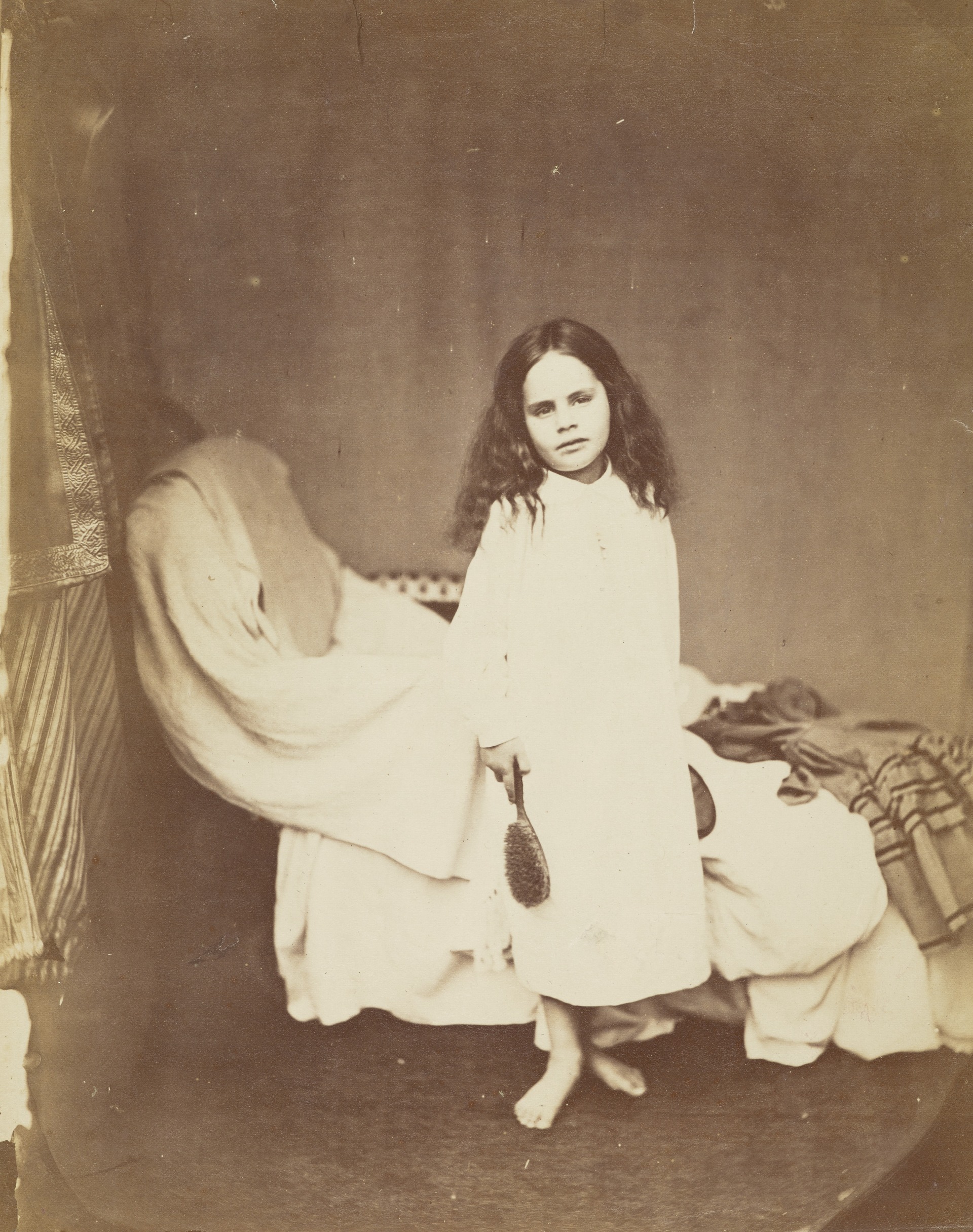 Irene MacDonald was the daughter of George MacDonald, himself an author of fairy stories. It was at the MacDonalds’ urging that Carroll published ‘Alice’s Adventures in Wonderland’ in 1865. 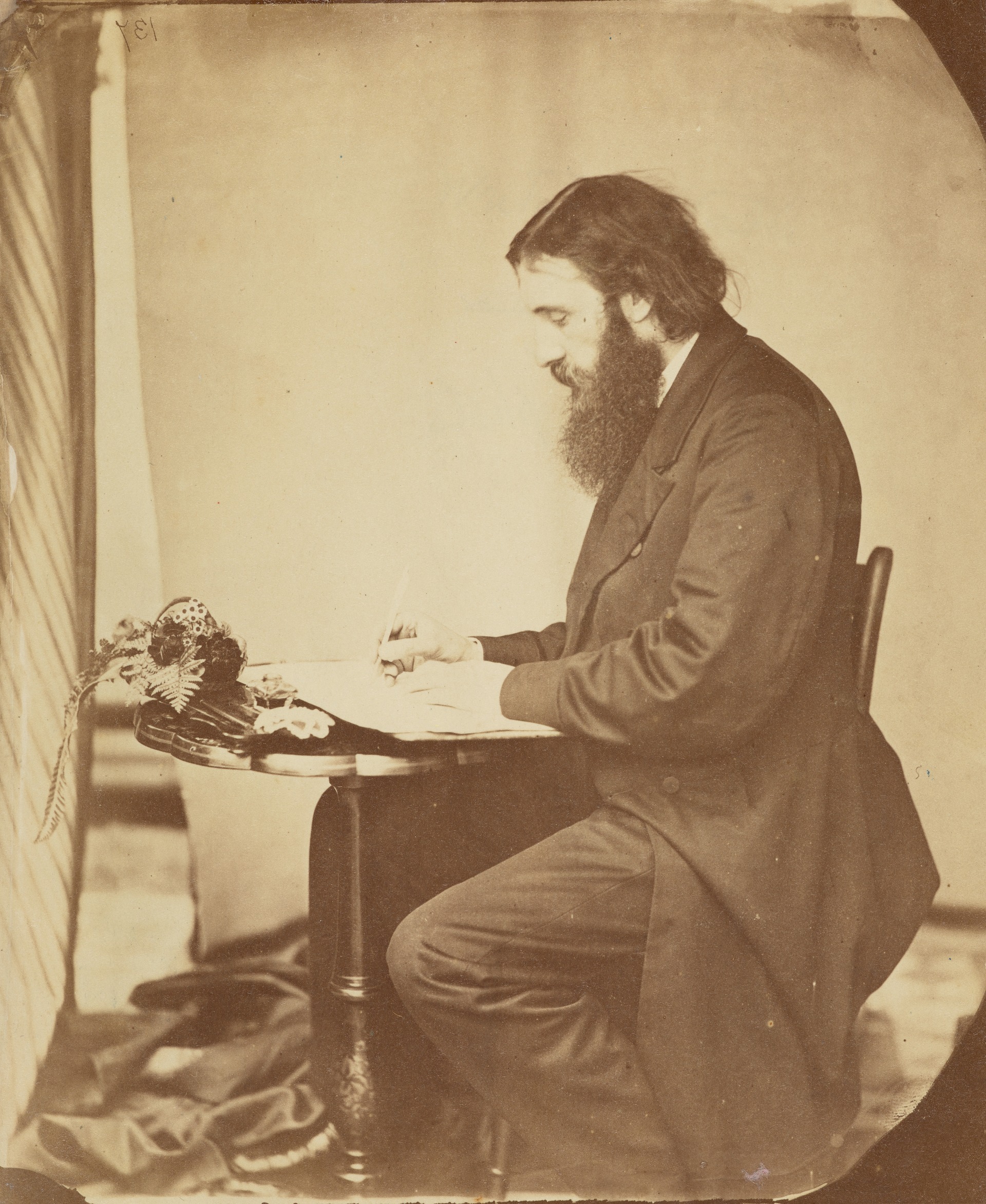