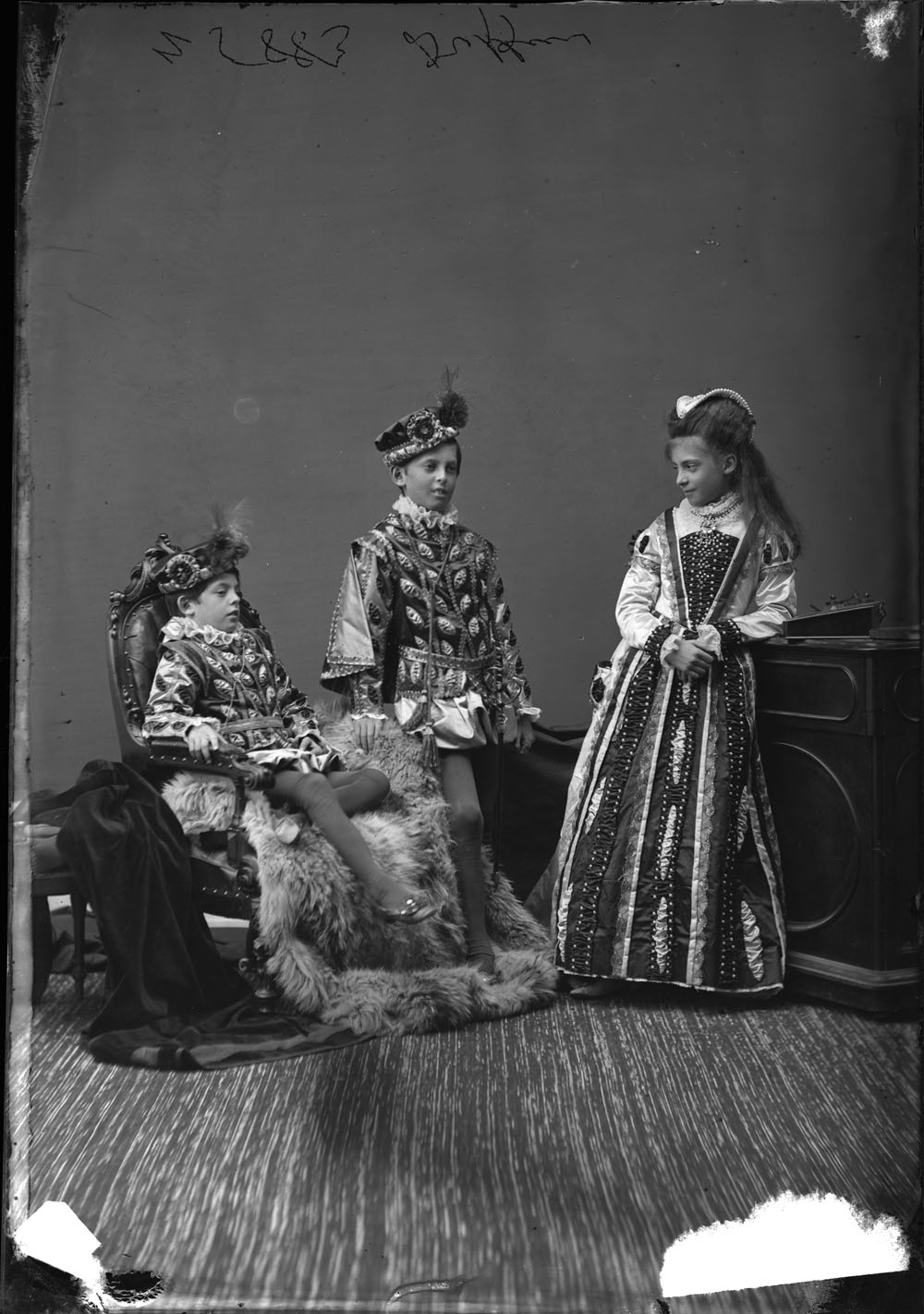 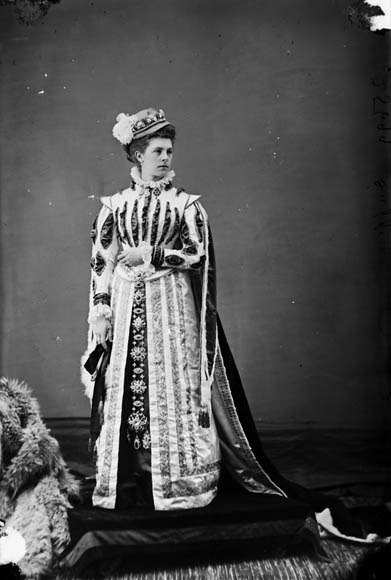 The Countess of Dufferin is dressed as “Mary of Guise” for a fancy dress ball that the Dufferins hosted on February 23rd, 1876. She is wearing a white satin dress with crimson puffs on the sleeves and bodice, and a long velvet crimson robe draped from her shoulders.

NB: Although the Earl of Dufferin’s Grand Fancy Ball took place on February 23, 1876, photographs of costumed individuals and groups were taken after the event itself. While the majority were taken in February and March, some of the guests were also photographed in April.