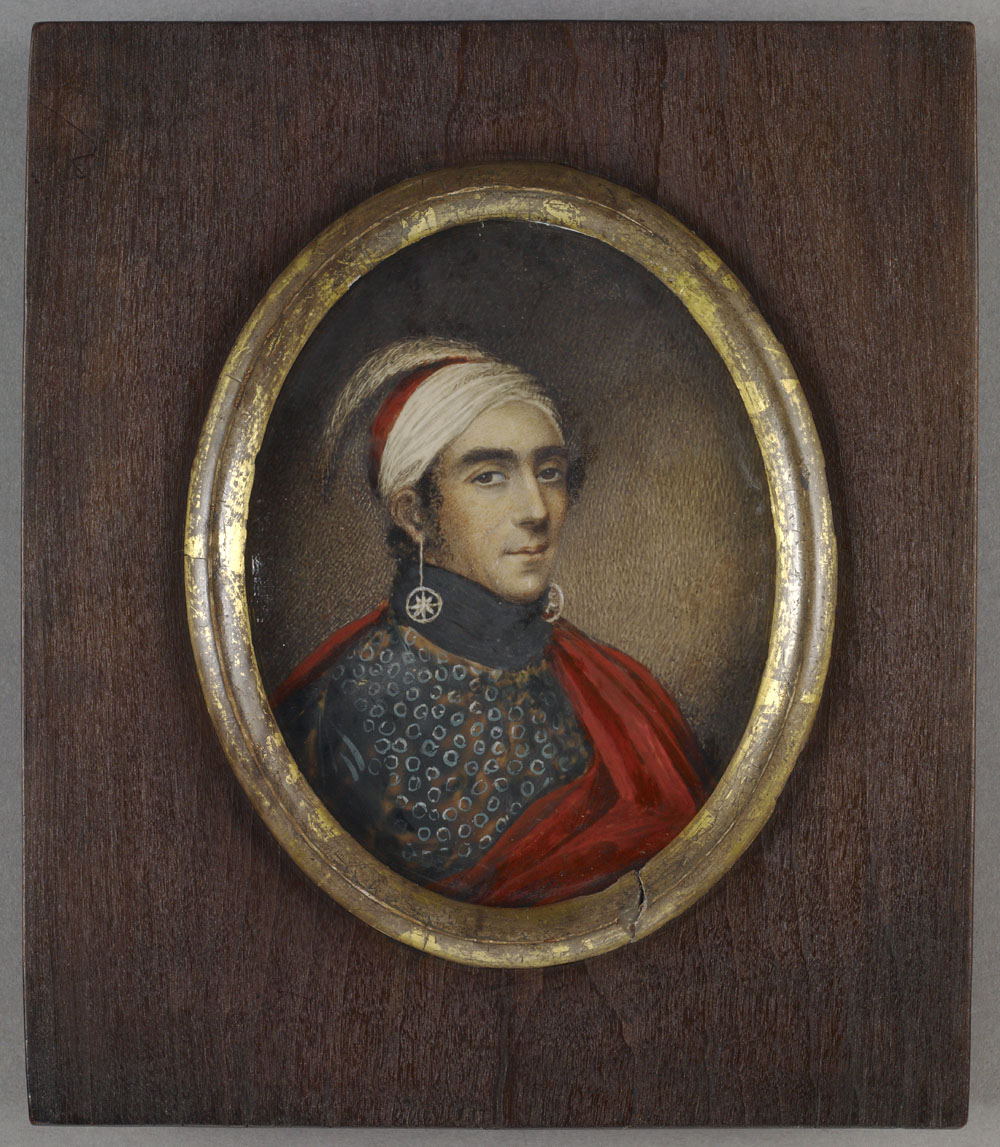 Teyoninhokarawen (ca. 1760-1823) was born John Norton in Salen, Scotland, of Scottish and Cherokee parentage. Military records show he went to Canada, and after discharge from the army in 1788 went to live with the Grand River Mohawk Indians, later becoming the adopted nephew of Joseph Brant. His portrait was painted by Mary Ann Knight, an accomplished English miniaturist, Norton is shown in Indian dress with headdress and ostrich feather, trade silver earrings and small ring brooches covering his shirt. It was exhibited at the Royal Academy in 1805, and was painted during Norton’s visit to England when he acted as an interpreter and emissary for the Grand River Mohawks, bringing their grievances to the attention of the British government. Another portrait of the sitter by Thomas Phillips dated 1817 is now in England in the private collection of the Duke of Northumberland.

John Norton (Teyoninhokovrawen) (b.c. 1760s Scotland (?)- d.after 1826, adopted as Mohawk) was a military leader of Iroquois warriors in the War of 1812 on behalf of Great Britain against the United States. Commissioned as a major, he led warriors from the Six Nations of the Grand River into battle against American invaders at Queenston Heights, Stoney Creek, and Chippawa.

Likely born and educated in Scotland, he had a Scottish mother and a father who was born Cherokee in Tennessee but raised from boyhood with the English. His father had been rescued as a boy by British soldiers when his hometown of Keowee (Tennessee) was destroyed during the French and Indian War, the North American front of the Seven Years’ War. The boy was taken back to England and raised in an English family. John Norton was likely educated as a boy in Scotland.

He served an apprenticeship as a printer, but ran away to join the army. He was assigned to Scotland, where he married. Next he was stationed in Ireland, where there were numerous Scots and border English immigrants. In 1785 he was assigned to Lower Canada (Quebec) after the end of the American Revolutionary War.

While there he became interested in the Six Nations of Grand River, ultimately learning the Mohawk language and culture and being adopted into the tribe. In 1804 on a diplomatic trip representing the Iroquois to England, he translated the Gospel of John into Mohawk for the British and Foreign Bible Society; it was distributed in Upper Canada beginning in 1806. 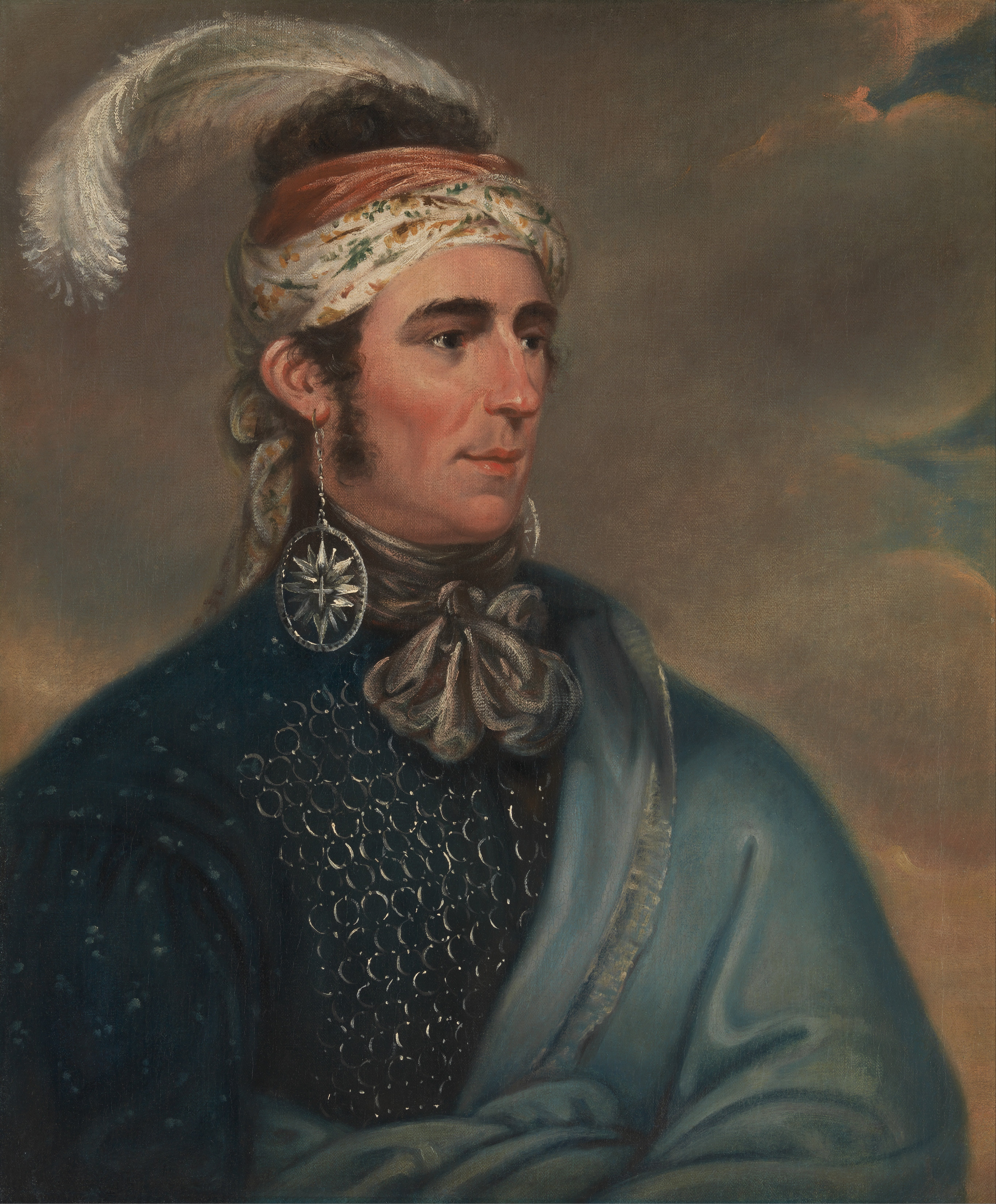