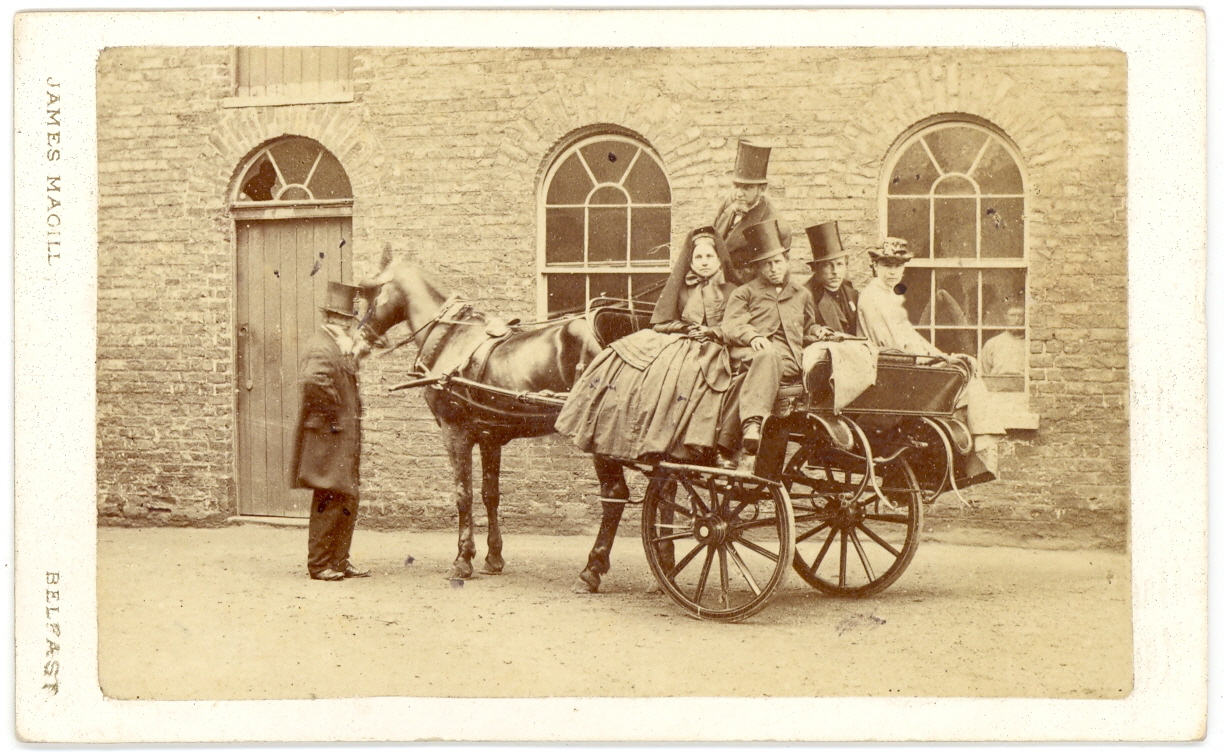 From Ireland comes the “jaunting-car,” which is in general use, both in the towns, where it is the commonest public carriage for hire, and in the country districts, where it is employed to carry the mails and for the use of tourists. The gentry and more well-to-do farmers also use it as a private carriage in all parts of Ireland.

The genuine Irish jaunting-car is a two-wheeled vehicle constructed to carry four persons besides the driver. In the centre, at right angles to the axle, is a “well” about 18 in. deep, used for carrying parcels or small luggage and covered with a lid which is usually furnished with a cushion. The “well” provides a low back to each of the two seats, which are in the form of wings placed over each wheel, with foot boards hanging outside the wheel on hinges, so that when not in use they can be turned up over the seats, thus reducing the width of the car (sometimes very necessary in the narrow country roads) and protecting the seats from the weather.

The passengers on each side sit with their backs to each other, with the “well” between them. The driver sits on a movable box seat, or “dicky,” a few inches high, placed across the head of the “well,” with a footboard to which there is usually no splash-board attached.

A more modern form of the jaunting car, known as a “long car,” chiefly used for tourists, is a four-wheeled vehicle constructed on the same plan, which accommodates as many as eight or ten passengers on each side, and two in addition on a high box-seat beside the driver. In the city of Cork a carriage known as an “inside car” is in common use. It is a two-wheeled covered carriage in which the passengers sit face to face as in a wagonette.