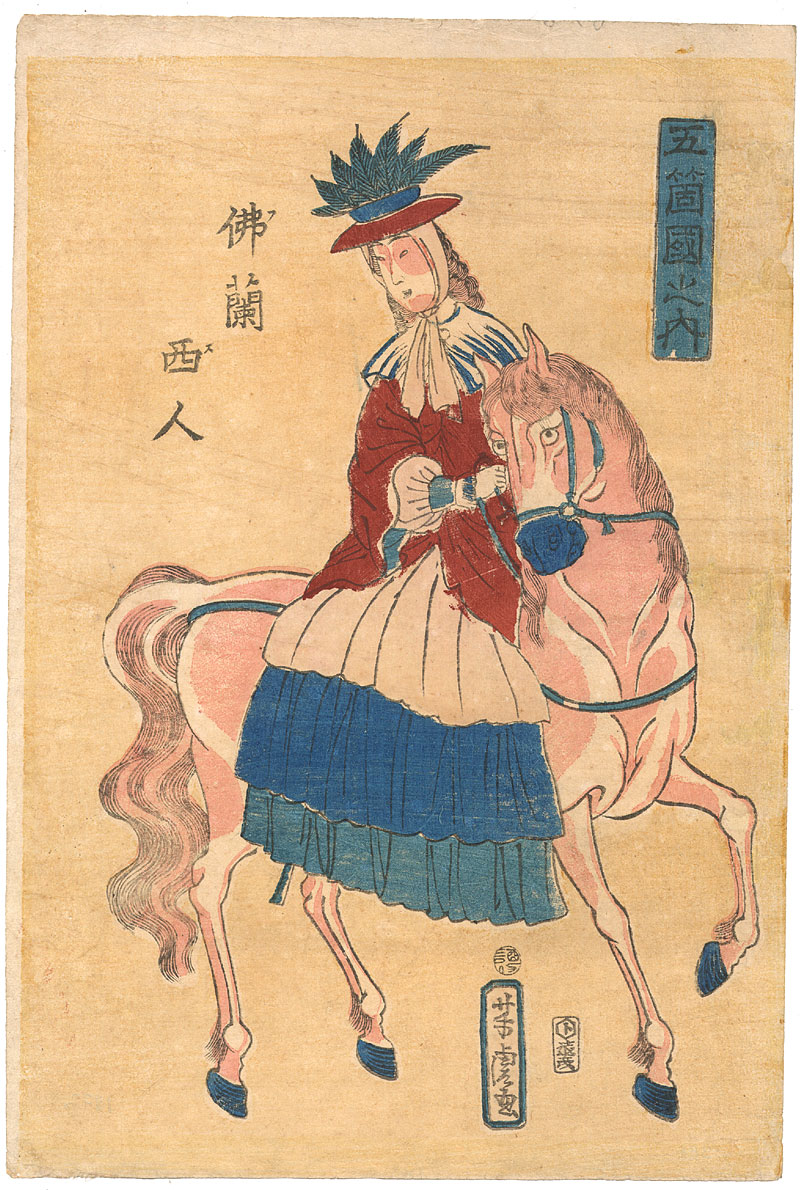 From the Go Ko Koku no Uchi (People of Five Countries) series. From the 1860s Yoshitora produced Yokohama-e pictures of foreigners amid rapid modernization that came to Japan after the country was opened to trade. He collaborated on a number of landscape series, and in the Meiji period that began in 1868 he also worked in newspapers. The last of his known works appeared in 1882.

Below a woodblock print of a Frenchman and a Geisha, 1861: 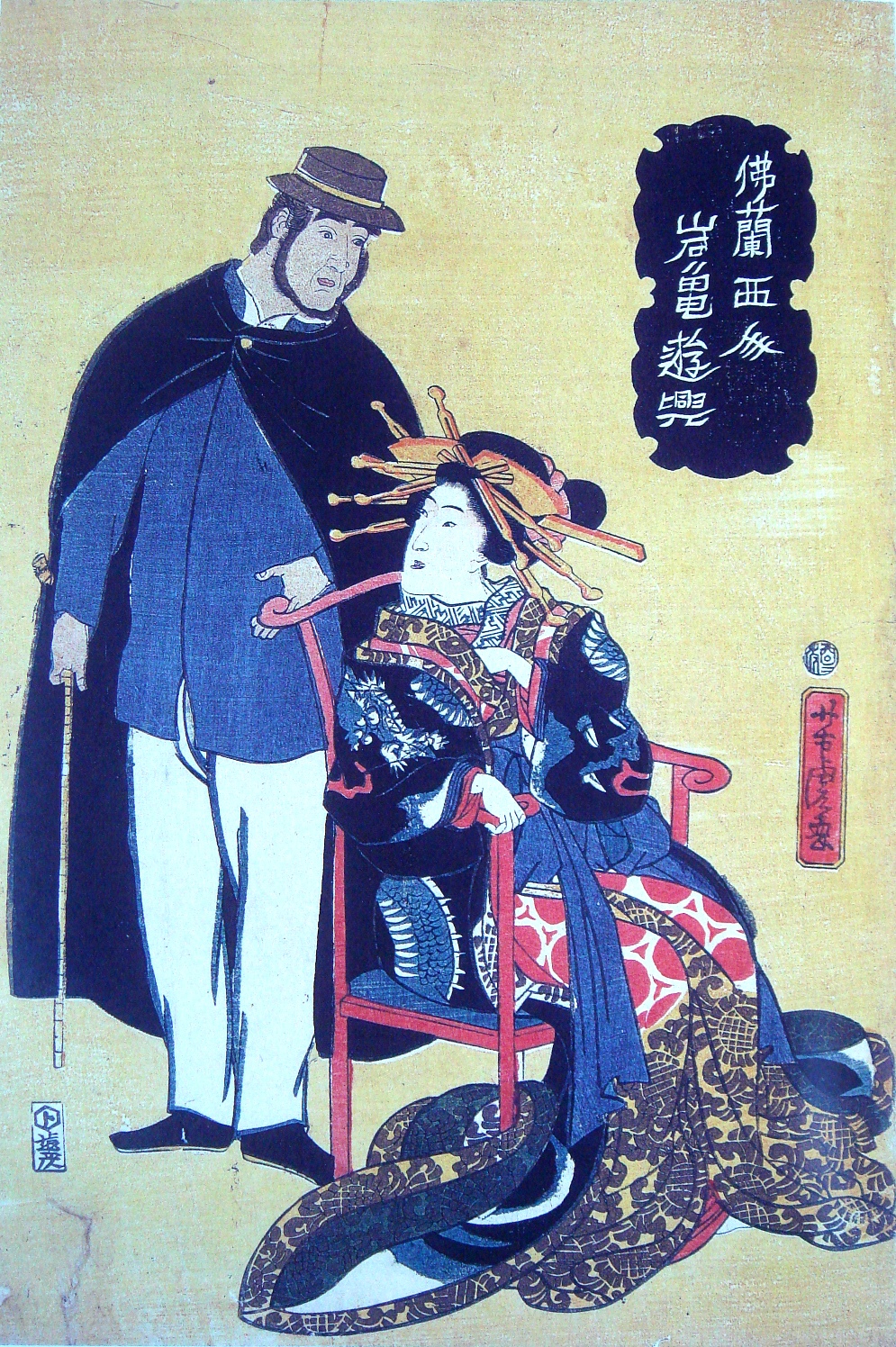